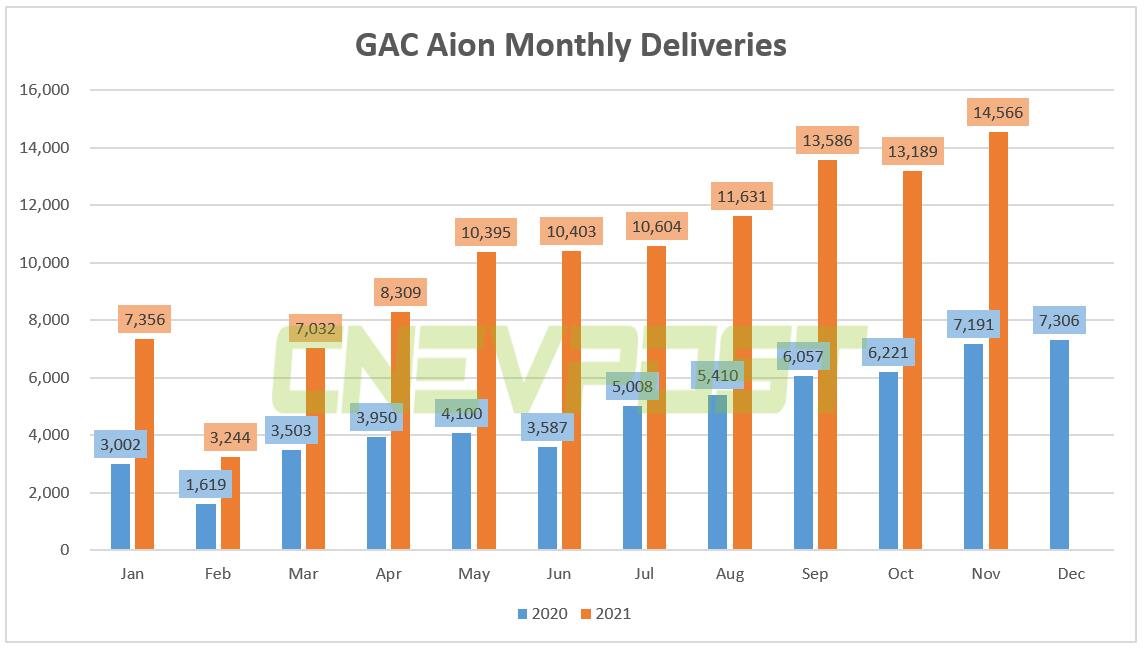 GAC Aion delivered 14,566 vehicles in November, up 123 percent year-on-year and up 10 percent from October, according to figures released today by the new energy vehicle subsidiary of GAC Group.

GAC Aion was founded in 2017, and in November 2020, GAC announced that the Aion brand would operate independently and unveiled the Aion Y model, an all-electric SUV.

The Aion LX Plus was officially launched at the Guangzhou Auto Show at the end of last month, with a claimed range of 1008 km.

With a battery pack capacity of 144kWh and an energy density of 205 Wh/kg, the CLTC has a range of 1008km, making it the world's first production model with a range of over 1000km.

The company announced the sponge silicon negative cell technology on April 9, which it says is a technology that makes batteries lighter and smaller, improving cell energy density, power density, and low-temperature battery performance.

The Aion LX Plus features 3 zoomable LiDARs, located on the roof already on the side of the car, which will allow the model to enable navigation-assisted driving on highways and in cities.

The model has a total of 35 high-performance sensing hardware and is equipped with a high computing power autonomous driving platform. However, its computing power is only 200 Tops, which is one-fifth of that of NIO ET7 and WM Motor M7.

It has a Qualcomm 8155 chip inside the car, a large 15.6-inch center screen and a smaller instrument screen.