Sharing battery swap stations between NIO and its sub-brand is just the beginning, and more brands will join in the future to form the "NIO Inside" system, an industry insider said. 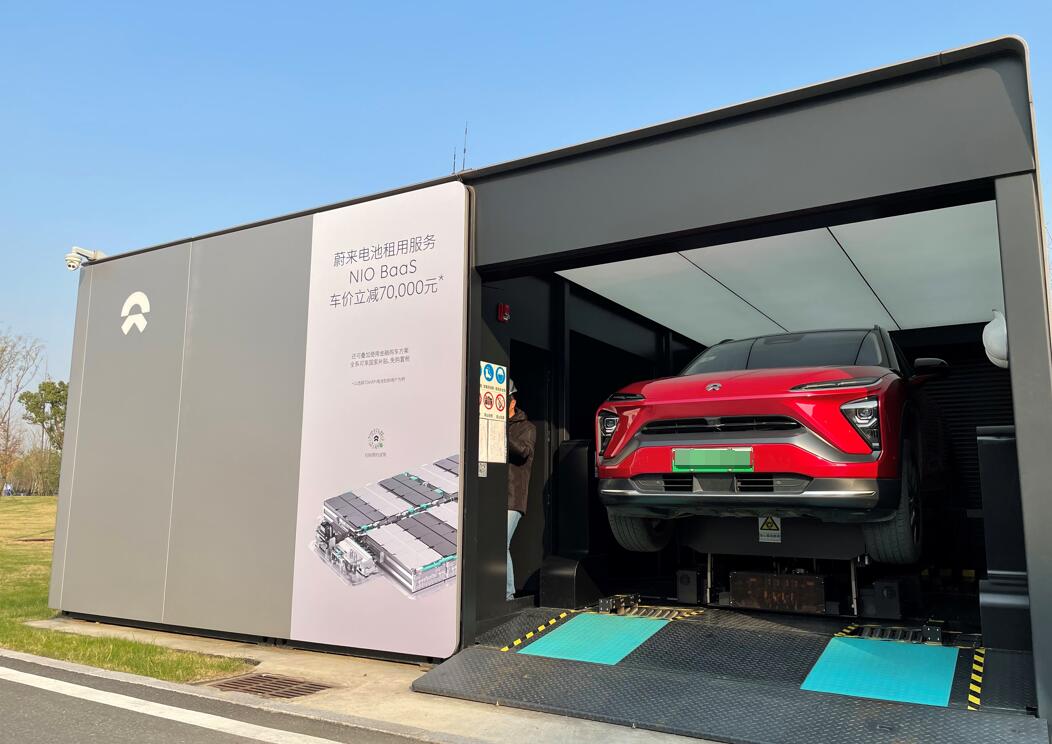 NIO confirmed in early August that it would enter the mass market by launching a sub-brand, and now more information is coming.

NIO's sub-brand models will share battery swap stations with the NIO brand, but the company will carefully weigh which facilities will be shared and which will not, said William Li, NIO's founder, chairman, and CEO, over the weekend.

Li revealed the plan in an interview with the Chinese automotive media outlet Xchuxing.com. He said the impact of such sharing would not be significant because NIO's battery swap stations are distributed, according to the text of the interview, which was published Sunday.

"NIO's battery swap stations are not built centrally, and there is not too much competition for resources when users are using them," Li said.

NIO will enter the mass market with a new brand, and preparations have been accelerated and a core team has been established, Li said during the company's second-quarter earnings call on August 12.

"The NIO brand has a relationship with this new brand similar to that of Lexus and Toyota, Audi and Volkswagen," he said.

Li said at the time that NIO's mass-market sub-brand would be less expensive than Tesla, but the experience would surpass the latter.

"We will use a new brand, similar to a sub-brand, to execute a strategy similar to the Tesla Model 3 or Model Y. If NIO comes out with a model that costs around 200,000 yuan ($31,300) and supports battery swap, who's going to buy a Tesla?" Li said in a weekend interview.

"Certainly, the NIO House will not be shared," Li added.

The NIO House is the company's flagship experience center, and is much more than a space to showcase and sell vehicles; it's a space for NIO to offer owners a quality lifestyle.

In an article posted today, Xchuxing.com CEO He Lei said Li's revelations over the weekend mean that sharing battery swap stations between NIO and its sub-brand is just the beginning.

More brands will join NIO's battery swap system in the future, and the "NIO Inside" model will begin to emerge, He said.

NIO Power, incorporated in Wuhan, is an independent operating entity of which NIO's battery swap stations are only a part. The entity's aim is to maximize scale, so sharing resources with more brands is a natural thing to do, He believes.

In fact, NIO's management has repeatedly emphasized the openness of their resources and technology to the entire industry.

Qin said that if other companies are willing to design vehicles according to NIO battery specifications, then NIO's battery swap technology and services will be open to them as well.

He of Xchuxing.com believes that after NIO takes the first step to share resources, more than just NIO's sub-brand will join the system in the future.

"More brands will definitely join NIO's battery swap stations system to form a 'pan-NIO brand group' and NIO inside will start to appear," he said.

He believes that there are many joint venture brands as well as local brands in China that do not see a future direction in the electric vehicle market, and joining an already well laid out battery swap system will be an attractive option.

"Imagine if an electric car brand with average competitiveness suddenly announced that it supports thousands of NIO battery swap stations in China, and even offers free service a few times a month, would you be impressed?" He asked.

He believes that joint venture brands are unlikely to participate in the system in the short term because the decision-making power is not in China, but local Chinese brands can make decisions quickly and Li has well-established relations in the auto industry.

Xchuxing.com's He also said that the factors that will determine how many brands will join the system in the future include NIO's progress in building battery swap stations, the progress in developing the third-generation battery swap station that supports simultaneous battery replacement for two vehicles, the speed of NIO's sales increase, and the expectations of the capital market.

Why is NIO launching sub-brand?