The ID.3 does not support easy battery replacement like NIO's vehicles. 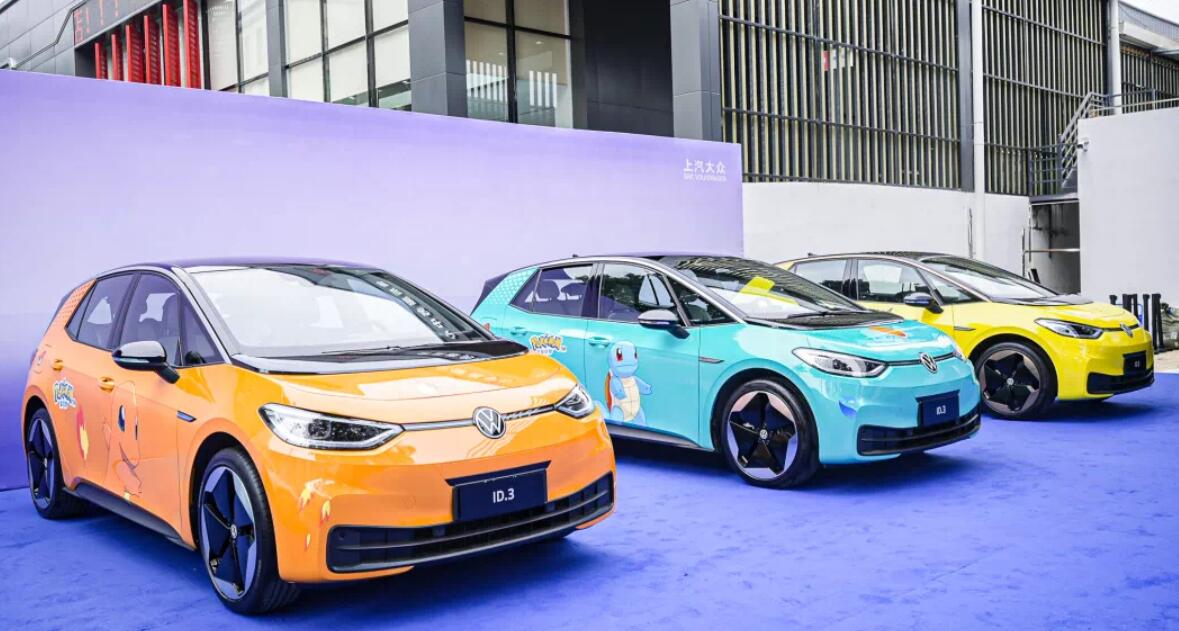 NIO's battery rental program significantly lowers the barrier for consumers to purchase its vehicles. Volkswagen is the latest car company to follow suit, although its models do not have the same ease of battery replacement.

As the ID.3 marks one month since its official launch in China, Volkswagen's joint venture in China, SAIC-Volkswagen, is offering a battery leasing program for consumers of the model, bringing the barrier to purchase down by tens of thousands of yuan.

After visiting the ID. Stores in Shanghai, yiche.com's reporter found that the battery leasing option offered by VW is actually a flat-amount, interest-free loan. 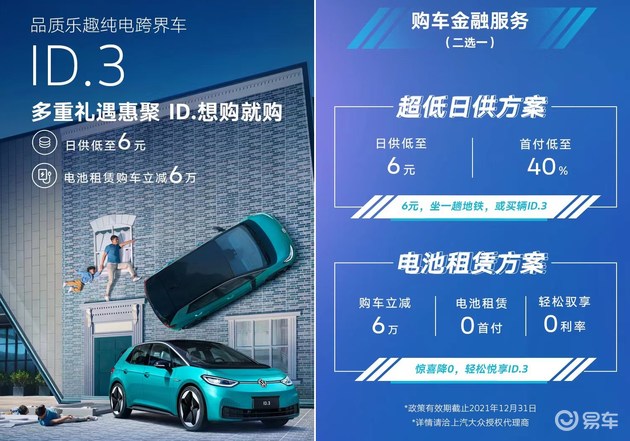 VW's program is essentially a car loan, except that calling it a "battery lease" program seems more likely to attract potential consumers.

In contrast, under NIO's battery rental program BaaS, consumers can choose not to purchase a battery when they purchase a car, lowering the purchase threshold by at least RMB 70,000.

NIO consumers can use a loan for the cost of the body and pay a monthly fee for the rental battery.

XPeng Motors has offered a similar program to consumers, although its models do not support battery replacement either.

Back at VW, the company made the ID.3 available in China on October 22, making it the third ID. lineup offered in the country after the ID.4 and ID.6.

The ID.3 is only produced by SAIC-Volkswagen in China.

The ID. family of electric vehicles sold 12,736 units in China in October, up 25.8 percent from 10,126 units in September, according to data released by VW earlier this month. The ID.3 delivered 1,255 units in its first week of availability in China.