Daiwa Securities raised its target price on BYD's shares traded in Hong Kong by 13.9 percent to HK$435 from HK$382, maintaining its Buy rating.

The brokerage said it raised its 2022-2023 earnings per share estimate by 5-12 percent due to BYD's strong new energy vehicle (NEV) product pipeline and reliable external battery shipment outlook, according to a research note shared by zhitongcaijing.com.

As of press time, BYD is up 6.14 percent to HK$318.2 in Hong Kong, with Daiwa Securities' target price implying about 37 percent upside. 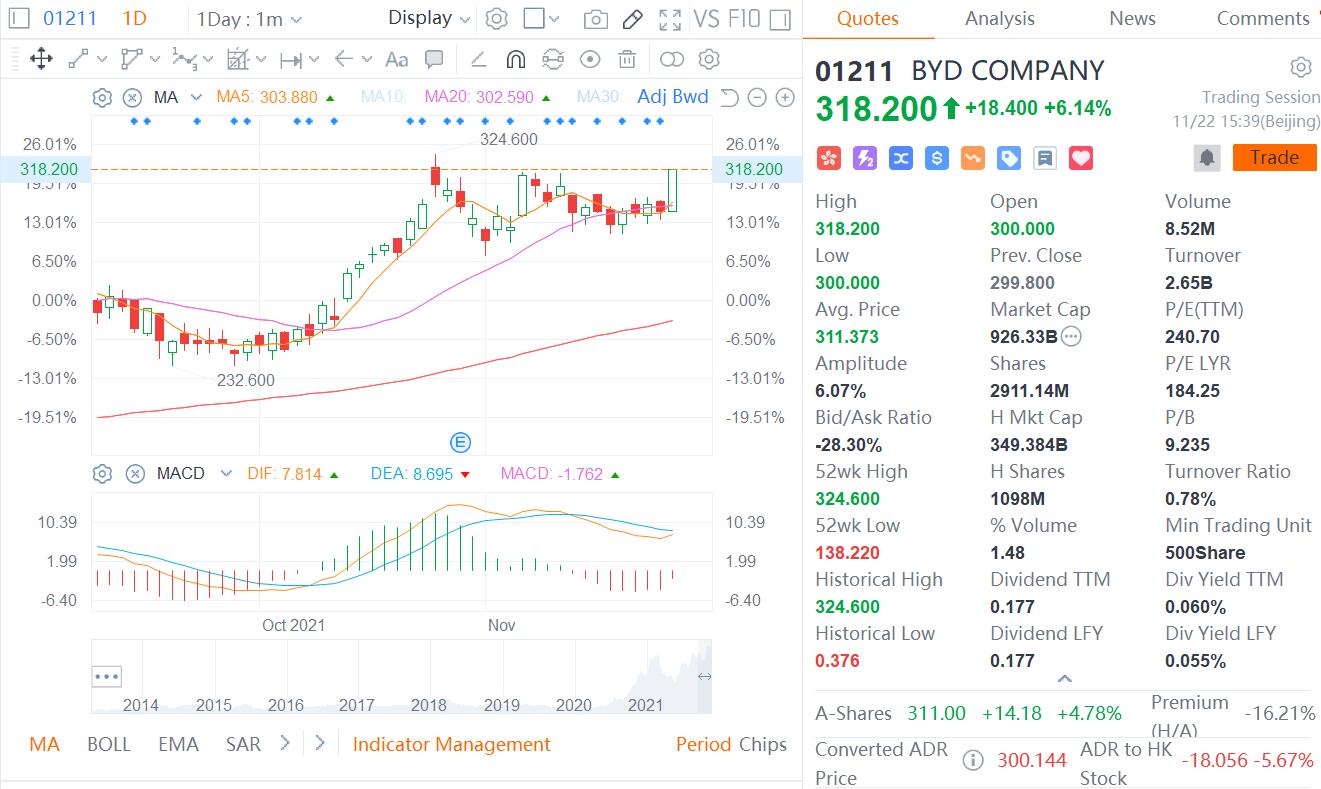 The company has a strong pipeline of new product models, as well as current orders for the DM-i at 170,000 units, which bodes well for sales in 2022, according to Daiwa Securities.

Notably, BYD Chairman and President Wang Chuanfu said on November 19 that demand for models on BYD's DM-i platform is outstripping supply, with orders on hand for up to 200,000 units, and that delivery of those models is now up to four months away.

Daiwa Securities believes that in addition to Tesla, more car companies will target BYD's LFP batteries, and the company is expected to unlock the value of its battery business in 2022-2023.

BYD has already received 10 GWh of LFP battery orders from Tesla, local media cls.cn said on October 21, citing people close to the company. So far, BYD has not denied nor confirmed the report.

Daiwa Securities later said in a research note that Tesla's search for a second LFP battery supplier other than CATL to manage supply chain risk is reasonable given that it says it plans to phase in LFP batteries for its standard range models globally.

Join our Telegram group to be alerted the moment we publish an article: t.me/CnEVPost
#BYD#Stock Ratings
1
Comments (0)