Investors expect CATL to be included in the CSI 300 Index, pushing it up 6.57 percent to a new all-time high of RMB 681.

The shares of Contemporary Amperex Technology Co Ltd (CATL), the battery supplier for Tesla and NIO, surged today, allowing it to overtake China's largest bank, Industrial and Commercial Bank of China (ICBC), to have the second-highest market capitalization in the A-share market. 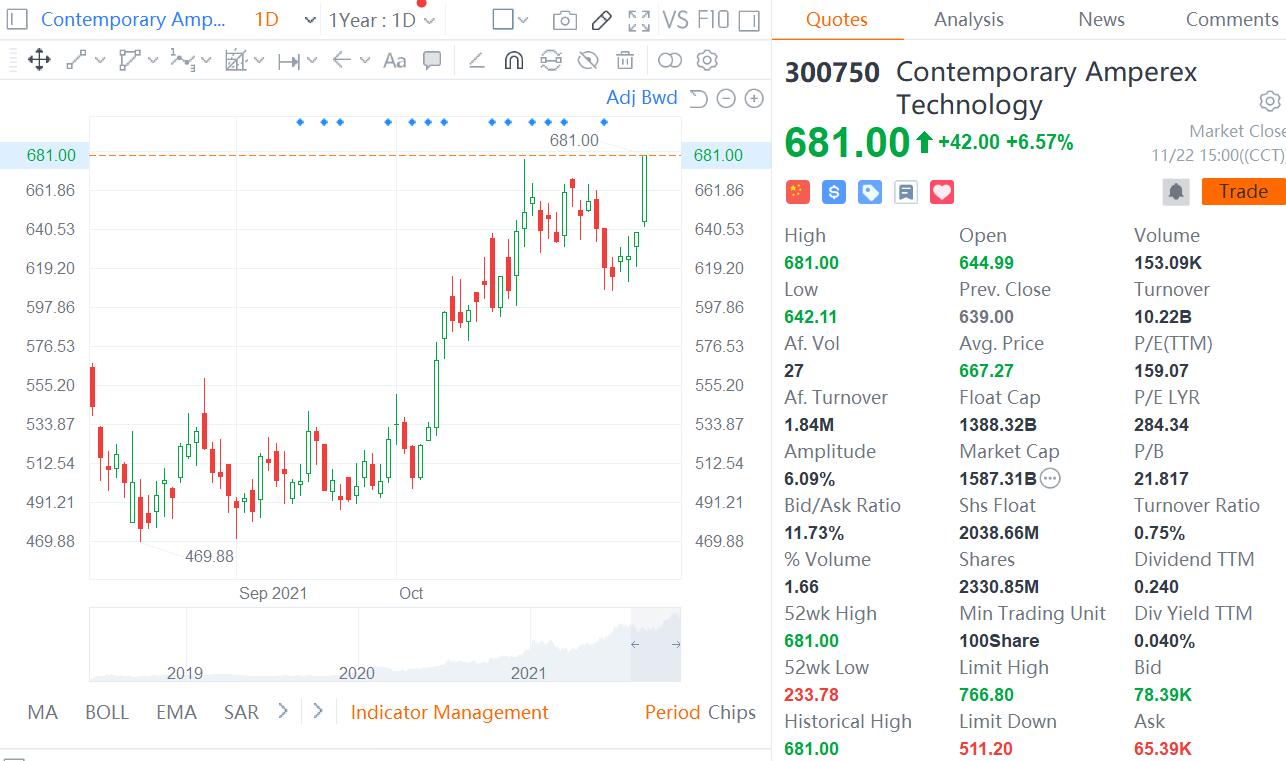 CATL is now second only to Chinese liquor maker Kweichow Moutai, which has a market cap of RMB 2.33 trillion.

CATL's surge today is related to investors' expectations that it will be included in the CSI 300 Index.

The CSI 300 Index consists of 300 stocks in the A-share market that are large and liquid, reflecting the overall trend of large and mid-cap stocks.

CATL was not included in the CSI 300 Index during the most recent adjustment in June this year because it did not meet the requirement of having been listed for more than three years.

Sinolink Securities analyst Ai Xiongfeng believes that CATL is likely to be included in the CSI 300 Index due to its top ranking in terms of average daily total market capitalization and average daily turnover during the November review period.

If CATL is included in the index, the company will receive approximately RMB 9 billion in passive capital inflows as the index fund positions are adjusted, according to Ai.