At a time when executives at car companies usually avoid direct comparisons with their competitors, Volkswagen doesn't seem to care, sparking an interesting discussion.

His words can be translated as:

The ID. family continues its steady growth momentum in the China market.

In addition, Diess also emphasized that safety is still a top priority for electric vehicles, and the ID. models have a good safety profile. 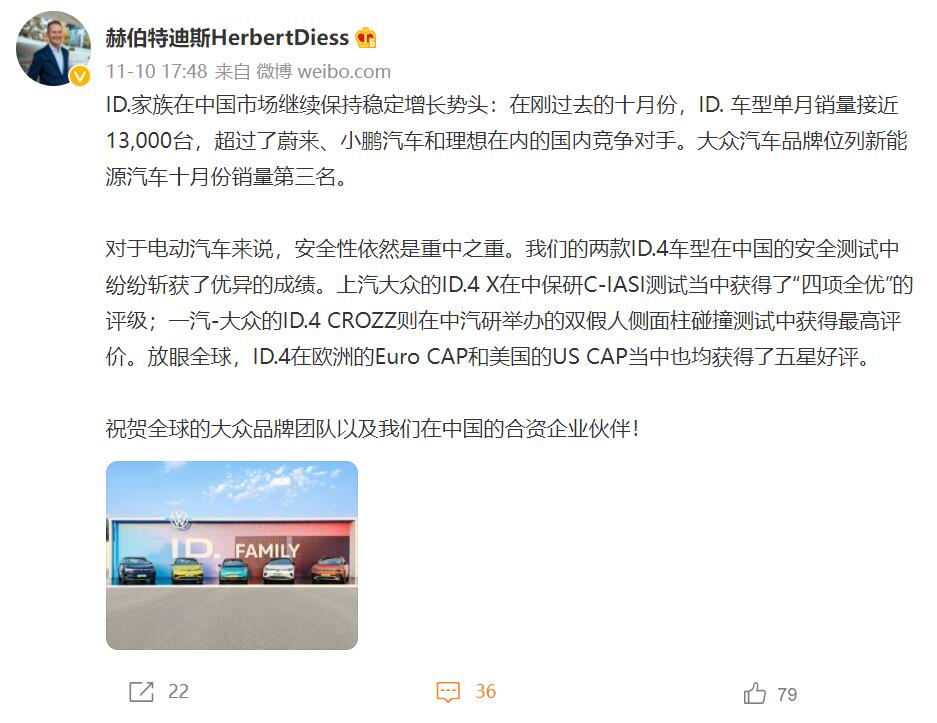 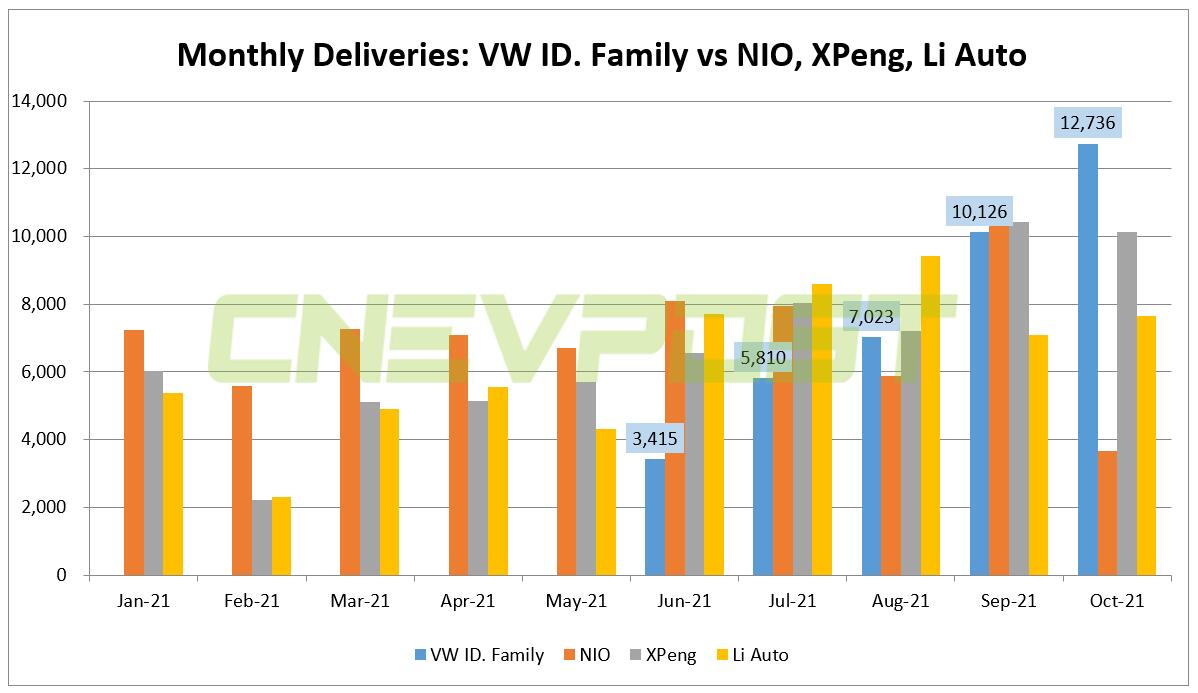 Diess' Weibo is seen by some as a challenge by VW to the new Chinese carmakers, with one Weibo user commenting that the traditional brand and the new carmakers are going head-to-head in the battlefield.

But some users have also called on the company to step up its efforts to optimize the in-car systems of the ID. models, and hope they get Bosch to speed up chip deliveries.

Others believe that as traditional car companies increase their efforts in the new energy vehicle market, the increased competition means more opportunities.