Uxin is offering two NIO ES8s and one imported version of the Tesla Model 3 in its official app.

CnEVPost's research found that Uxin is currently offering two NIO ES8s, one imported version of the Tesla Model 3, and 22 Li ONE models from Li Auto in its official app.

XPeng Motors' models are currently unavailable in the Uxin app. 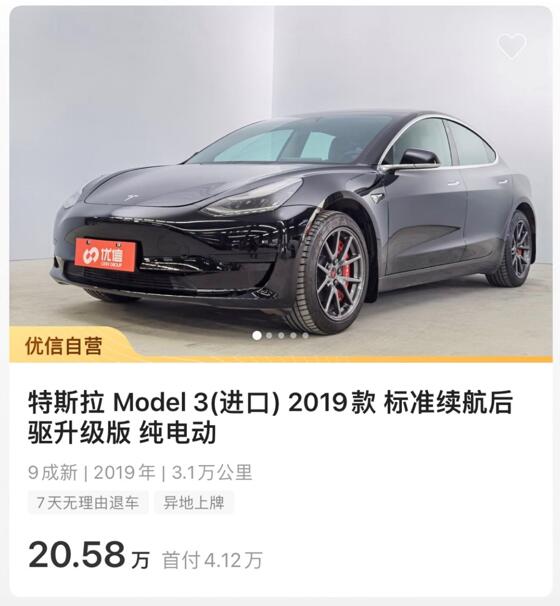 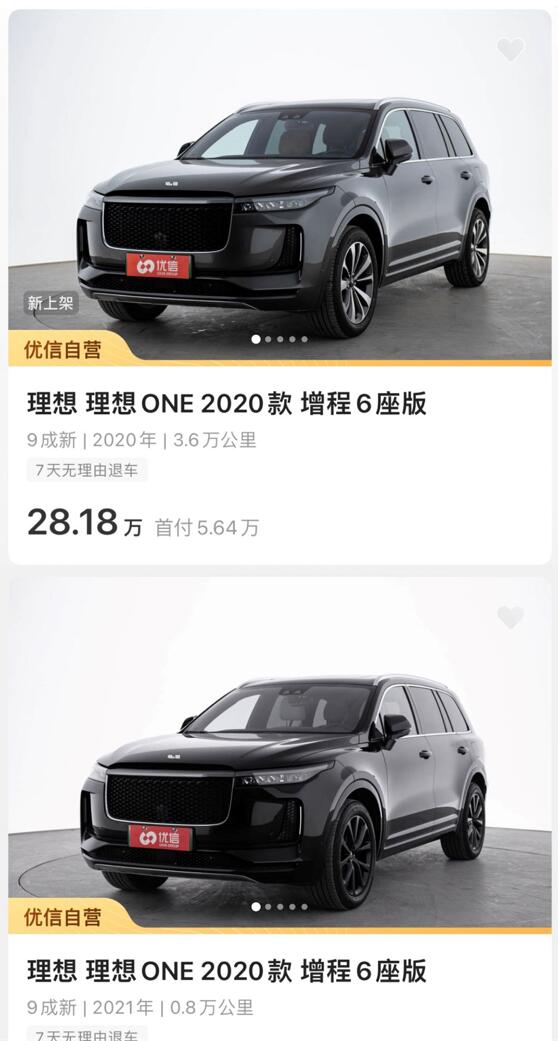 Offering a large number of Li ONE models is not surprising, as it is essentially a plug-in hybrid, which usually has a high popularity in the used market.

Of the two NIO ES8s, one was only purchased by the previous owner in May of this year with only 17,000 km on it, and it will be shipped from Hefei.

The other NIO ES8 was first licensed in October 2018, had changed hands once during that time, had 59,000 kilometers on it, and will be shipped from Xi'an.

The Tesla Model 3 was purchased by the previous owner in September 2019 with 31,000 km and will be shipped from Hefei.

It's unclear what the final outcome of Uxin's experimentation with selling used NEVs will be, but judging from its shipping location, the company appears to be strengthening its online presence and integrating its offline stores.

Uxin has settled on a strategy of growing both its online mall and offline outlets, and with the return of several veteran former employees, it may ramp up its efforts in the offline business, local auto media Auto-time said last Wednesday, citing people familiar with the matter.

In fact, on April 6 this year, Uxin officially opened a used-car outlet in Xi'an, Shaanxi province, its first offline store for used cars since its inception.

The store, which covers an area of more than 24,000 square meters and has 13 warehouses, offers vehicle sales and after-sales service, and can provide free home delivery to 12 cities around Xi'an.

The store has set a high entry barrier, with the buying team selecting only the best 20 percent of vehicles from 4S stores and consumers.

Auto-time reported last Thursday that Uxin's second superstore has been set up in Hefei, with its chief operating officer Zhang Zhitian recently based in the city where NIO China is headquartered.

Uxin has 1,300 vehicles here, can send vehicles to consumers like all regions of China, and supports free 7-day returns for no reason.