BYD has completed a new private placement of additional shares in Hong Kong in less than 10 days, securing additional ammunition to support its further growth.

The company said in an announcement on the Shenzhen Stock Exchange on Monday that it had completed a placement of additional shares in Hong Kong on November 8, issuing an aggregate of 50 million new H shares, or about 4.55 percent of its enlarged total issued H shares, to no fewer than six investors.

BYD received net proceeds of about HK$13.744 billion (US$1.765 billion) from the move, after deducting commissions and estimated expenses, it said.

After the offering was completed, BYD's total number of outstanding H shares increased from 1.048 billion to 1.098 billion, and the number of its A shares traded in Shenzhen remained unchanged at 1.81 billion.

BYD announced on November 1 that it entered into a placement agreement with a placement agent after the close of trading on October 29 to issue an additional 50 million new shares in Hong Kong.

The offering was priced at HK$276.0 per share, and if they are all placed, BYD receives gross proceeds of about HK$13.8 billion, the company said.

After commissions and estimated expenses, BYD's net proceeds are expected to be about HK$13.744 billion.

The funds will be used to replenish working capital, repay interest-bearing debt, invest in research and development and for general corporate purposes, BYD said previously.

CITIC Securities said last week that BYD's move, which follows its private placement in China's A-share market in 2016 and in Hong Kong in early 2021, would help strengthen its capital and support its further growth. 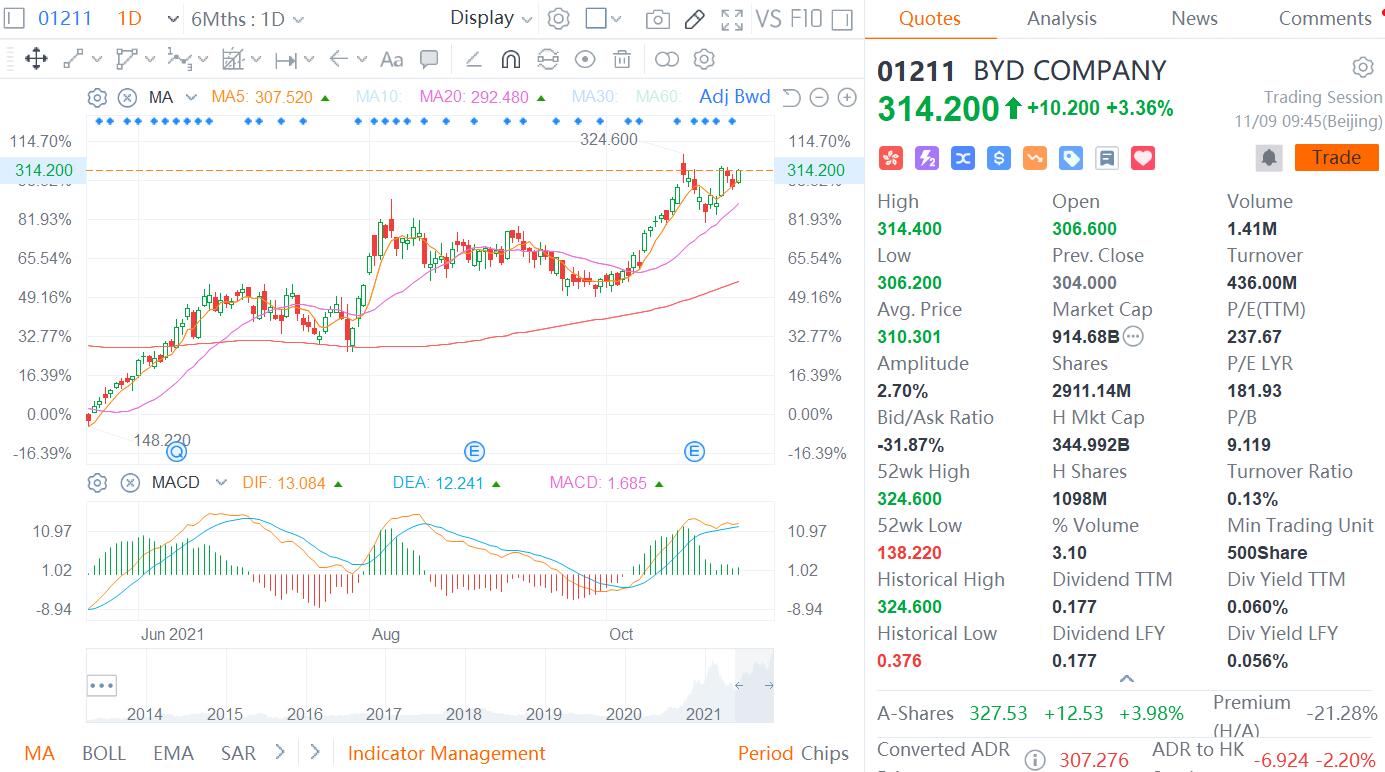 Join our Telegram group to be alerted the moment we publish an article: t.me/CnEVPost
#BYD#Stocks
0
Comments (0)