The Cadillac Lyriq was launched in the US earlier this year with a starting price of $59,990. 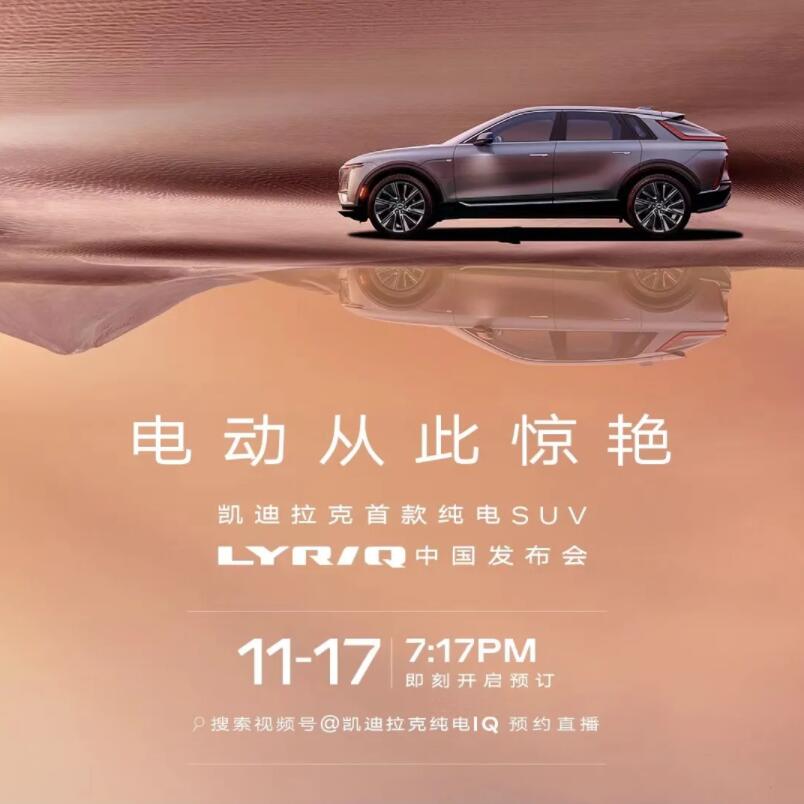 China's premium electric vehicle (EV) market is about to get another major player with the upcoming launch of the Cadillac Lyriq, the first all-electric crossover and flagship of GM's luxury brand, in China.

SAIC-GM, GM's joint venture in China, announced today that it will officially launch the Cadillac Lyriq in China on November 17, with reservations for the model to begin at 7:17 pm that day.

The model was launched in the US earlier this year with a starting price of $59,990 and will be built at GM's Spring Hill Assembly plant next March.

The car is equipped with a large 33-inch screen and Qualcomm's 7nm Snapdragon 8155 chip.

The production version in China will have a CLTC range of more than 650 km, and will get a range of 96 km in 10 minutes when using a 250A charging pile, and can be charged from 4 percent -80 percent in 40 minutes.

On September 14, GM announced the official launch of its Ultium EV platform to the Chinese market "to join Chinese consumers on a journey into the purely electric future". The Cadillac Lyriq is the first model on the platform.

The Ultium Center, the plant equipped with the platform, was completed and put into production on October 15, and will fully accelerate the platform's adoption in the Chinese market, SAIC-GM announced last month.