GAC Aion said it received more than 23,000 orders in October, exceeding the 20,000-unit threshold for the first time.

That's up 112 percent year-on-year, but down 2.9 percent from September. 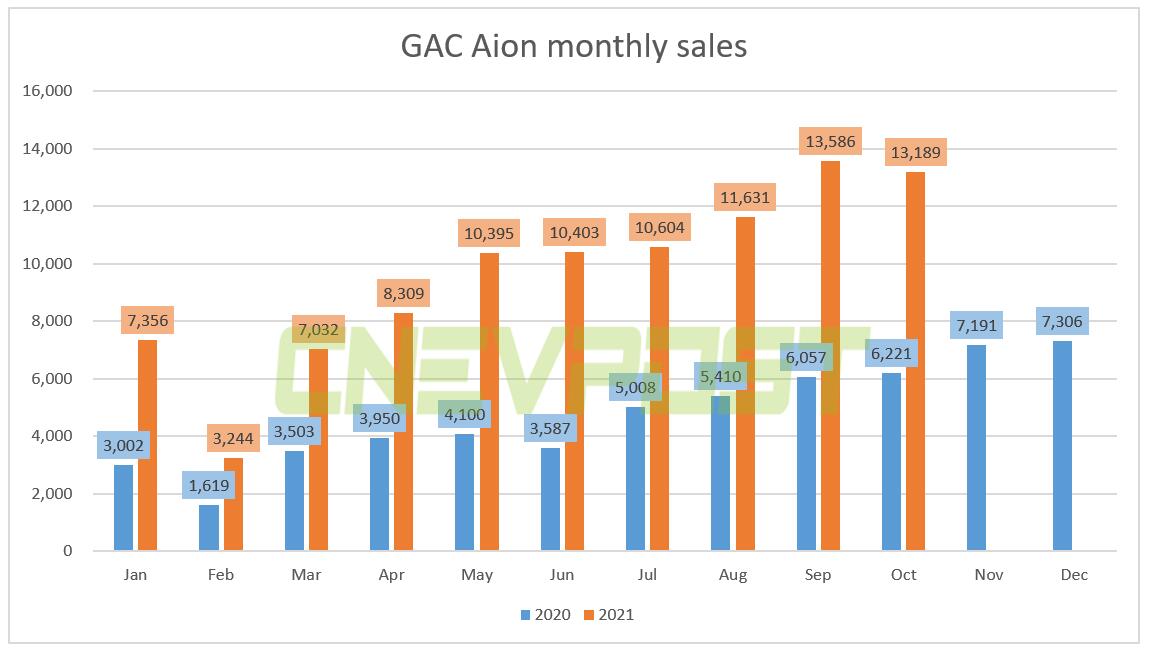 The Aion models received more than 23,000 orders in October, exceeding the 20,000-unit threshold for the first time, the company said.

The increase in GAC Aion orders was mainly contributed by the Aion Y model, which exceeded 10,000 units in October, the company said on October 27.

GAC Aion was founded in 2017, and in November 2020 GAC announced that the Aion brand would operate independently and unveiled the Aion Y model, an all-electric SUV.