In April, GAC unveiled the battery technology it claims will allow electric vehicles to have a range of 1,000 kilometers.

While startup electric vehicle (EV) makers rely on outside suppliers for their batteries, some car giants are planning to build them themselves.

GAC Group (HKG: 2238) has agreed to a plan by its wholly-owned subsidiary GAC Aion to invest RMB 336 million ($52.5 million) in a battery trial production line, the automaker said in an October 29 announcement.

The purpose of the move is to accelerate the application of in-house developed battery technology, verify battery process maturity, product consistency and product cost, and reserve mass production process technology, the announcement said.

This is a key initiative of GAC's "Neutron Star Strategy" announced at the Tech Day event in April this year, when the company said it would carry out research and development of power batteries and cells.

On the April 9 event, GAC announced its silicon sponge cell technology, which the company said is a technology that makes batteries lighter and smaller, improving cell energy density, power density and low-temperature performance. 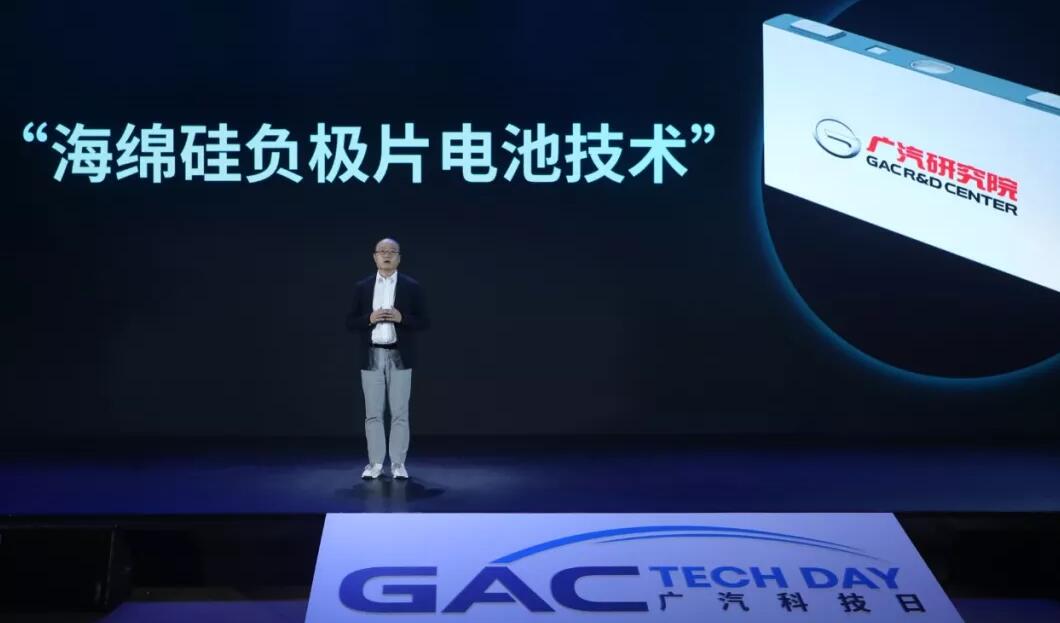 However, silicon lithium batteries have been difficult to be put into use due to severe expansion and contraction during charging and discharging, which can easily lead to the shattering of the battery poles and cause rapid decay in battery capacity.

GAC said its research institute has established a complete professional team of power battery cells after 10 years of planning and 5 years of research, and has developed a technology that makes the silicon negative electrode inside the battery as soft as a sponge.

The energy density of the battery using this technology reached 280Wh/kg, which can reduce the volume of the battery unit by 20 percent and the weight by 14 percent, the company said at the time.

Taking the Aion LX with a range of 650km as an example, the technology can allow a range of up to 1,000km with the same volume of battery pack, according to the company.

GAC has a battery research and development team of more than 600 people and an industry-leading battery laboratory, professional test site and battery pack production workshop, with independent battery pack independent design and production and manufacturing capabilities, the company previously said.

GAC unveils battery technology with range of over 1,000 km