Neta's total deliveries for the year reached 49,534 units, up 398 percent from a year ago. 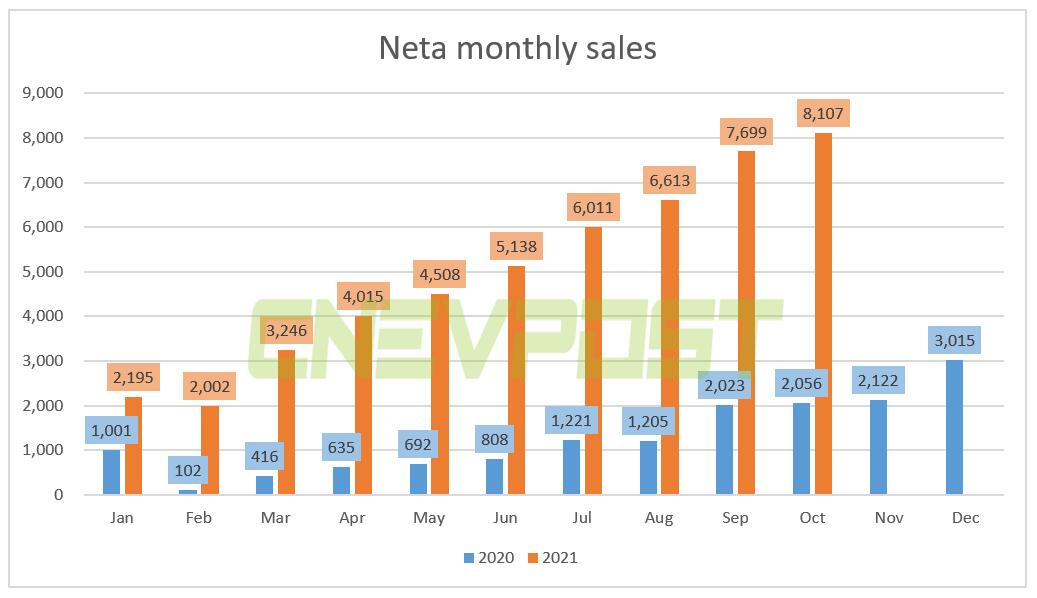 Chinese electric vehicle startup Neta Automobile delivered 8,107 units in October, up 294 percent year-on-year and up 5.3 percent from September, according to data released today by the company.

Total deliveries to date for all Neta models stand at 75,837 units, the company said.

Neta is the electric vehicle brand of Hozon Auto, which was founded in October 2014. the first Neta model was launched in November 2018, and as of now, Neta has 2 models on sale - Neta V and Neta U.

Neta U Pro had more than 5,000 units on order in October, the company said today.

Neta announced last week that it closed an RMB 4 billion Series D1 financing round, with Qihoo 360 leading the RMB 2 billion investment and a number of companies including CCB International Asset Management participating.

Qihoo 360 has participated in two consecutive rounds of financing for Neta, with a cumulative investment of RMB 2.9 billion.