XPeng is offering the P7 RWD Super Long Range and 4WD High-Performance versions in Norway, as well as the P7 Wing edition with limited stock.

After sending its first P7 vehicles to Norway in late August, XPeng Motors has finally made its flagship sedan available in the country. 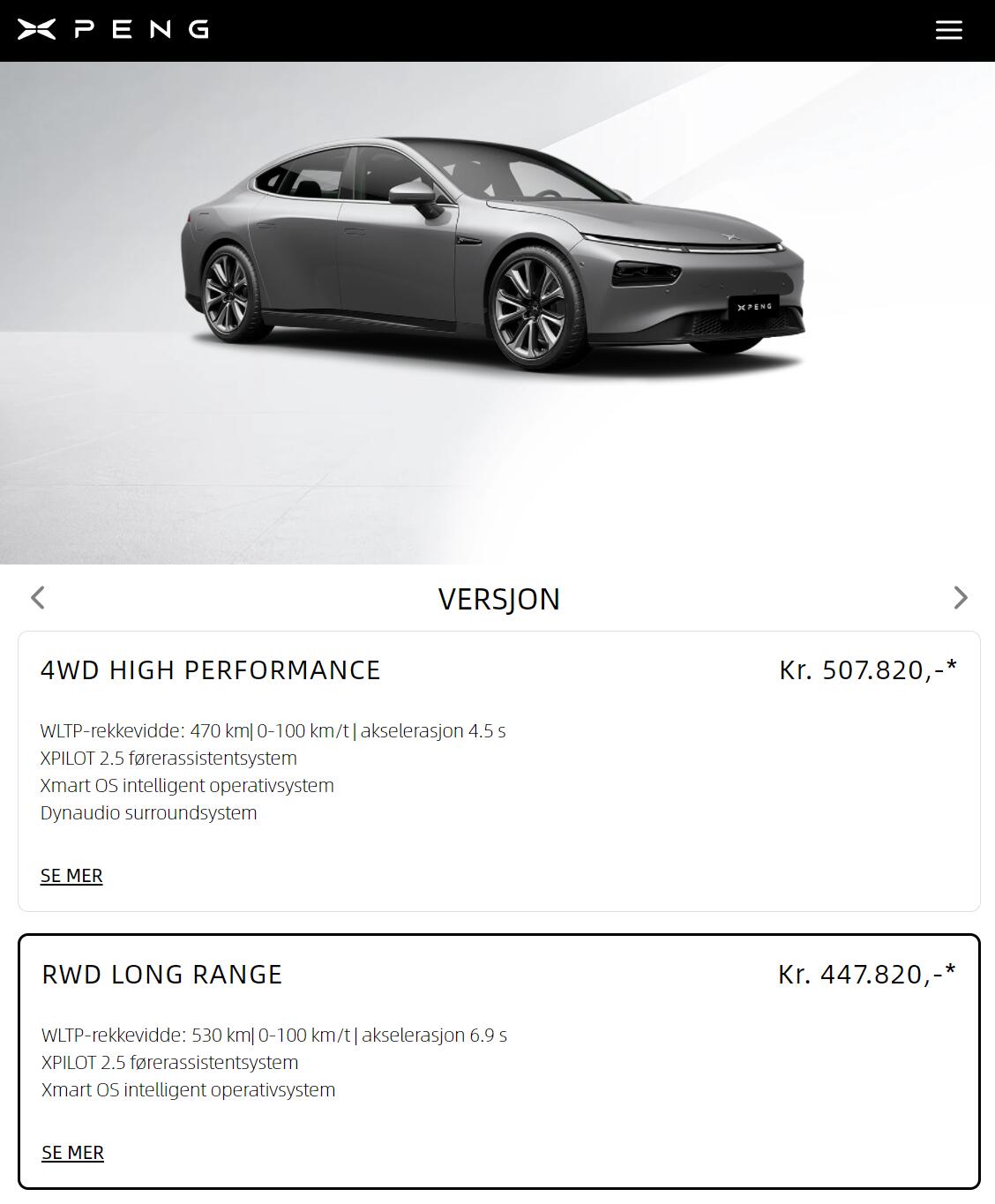 The P7 Wing edition with a scissor-wing door design is also available in limited stock at a starting price of NOK 599,900. 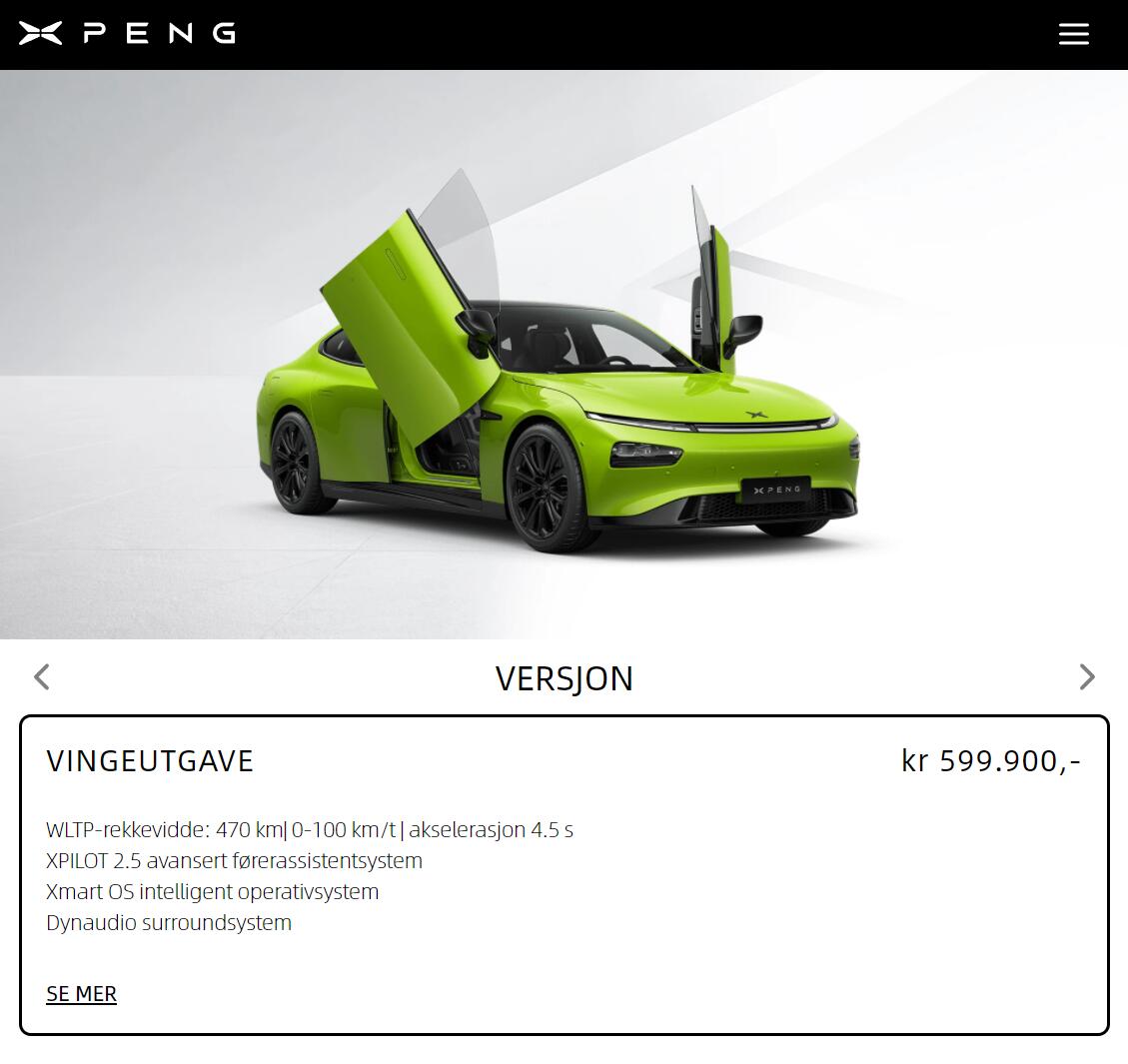 The P7 Wing edition is available in China in two NEDC range options, 670 km and 562 km, starting at RMB 366,900 and RMB 409,900 respectively. The latter is more expensive because of the higher performance.

The P7 is XPeng's second model to be launched in Norway after the G3 SUV, signaling the company's ambition to expand in overseas markets.

"We are committed to building our local presence with a long-term perspective," said Christian Hem, Sales Director of XPeng Norway, at the P7 launch event in Oslo.

"The P7's launch marks an exciting new chapter as we broaden our sales and service network and accelerate our business momentum to better serve our customers in Norway," Hem added.

Test driving of the P7 will be available for Norwegian customers from mid-November at major local sales outlets, XPeng said.

XPeng began accepting reservations for the P7 from Norwegian consumers in early July, although the price was not available at that time.

The localized P7 for the Norwegian market rolled off the production line at XPeng's plant in Zhaoqing, Guangdong province, in August and was shipped to Norway from Guangzhou, where the company is headquartered, in late August.