Update: The "13 cities" in the headline and text of a previous version has been changed to "11 cities" to reflect the changes in the MIIT announcement.

The goal of the pilot is to boost sales of more than 100,000 additional battery swap-enabled vehicles and build more than 1,000 swap stations. 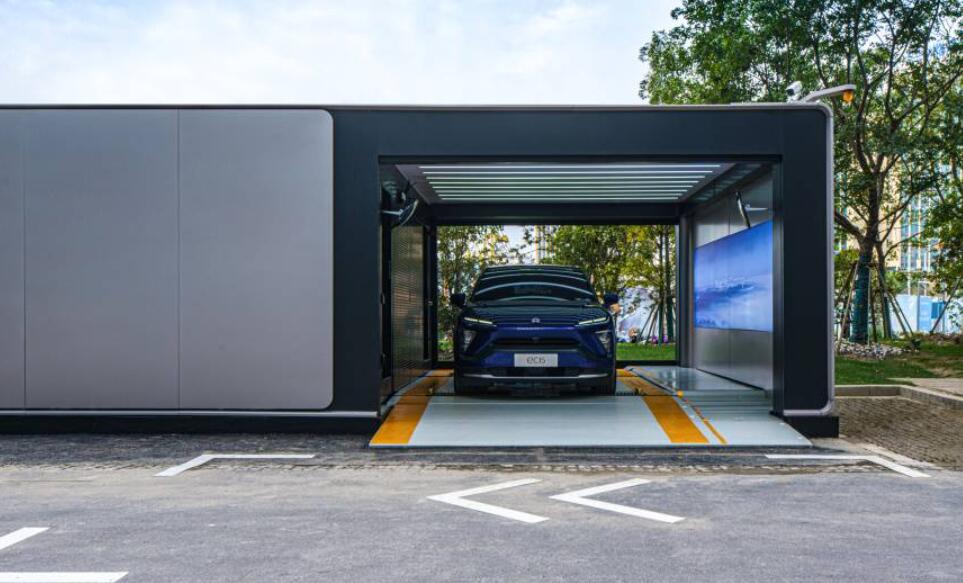 The battery swap model, led by companies including NIO, has received the latest policy support, as China officially launches a large-scale pilot.

China's Ministry of Industry and Information Technology (MIIT) today issued a notice on the launch of a pilot program for the application of the battery swap model for new energy vehicles, announcing the official launch of the program.

The first 11 cities to be included in the pilot include Beijing, Nanjing, Wuhan, Sanya, Chongqing, Changchun, Hefei, Jinan, Yibin, Tangshan and Baotou, the last three of which will focus on the heavy truck industry.

The goal of the pilot is to boost sales of more than 100,000 additional battery swap-enabled vehicles and build more than 1,000 battery swap stations. 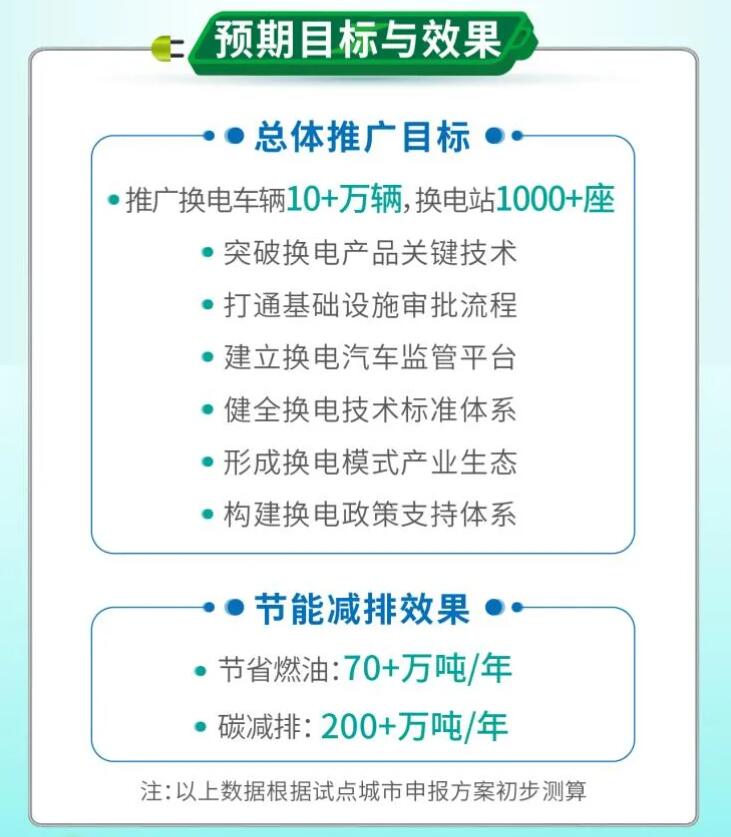 This will help save more than 700,000 tons of fuel per year and reduce carbon emissions by more than 2 million tons per year, the document says.

China will establish a coordinated working mechanism to strengthen the implementation of the battery swap model pilot, according to the document.

The country will also strengthen policy implementation, model exploration, innovation support, and accelerate the formation of experience in a wider range of use, the document says.

At the end of April this year, the MIIT and the National Energy Administration announced that they would jointly organize a pilot project on the application of battery swap mode for new energy vehicles, with the aim of implementing the New Energy Vehicle Industry Development Plan (2021-2035).

Subsequently, a number of cities and provinces, including Hefei and Hainan, announced their application to participate in the pilot.

It is worth noting that NIO is currently the only car company that supports battery swap mode for general consumers, while other such models are mainly oriented to the cab market.

The battery swap model in China originated in 2010 with State Grid's electric vehicle project in Zhejiang, but it was discontinued in 2013.

It wasn't until the establishment of Aulton in 2016 and the adoption of the technology by NIO that it was brought back to attention in China.

As of November 2020, BAIC BJEV had 225 battery swap stations in 19 cities in China, with 22,000 battery swap-enabled vehicles in operation.

The company says it will build more than 100 battery swap stations this year in Hainan, Dongguan, Zhuhai, Shenzhen, Shandong and Shanxi.