NIO has successfully validated the development of heat treatment-free materials that can be used to manufacture large die-cast parts, the first of its kind for a Chinese carmaker. 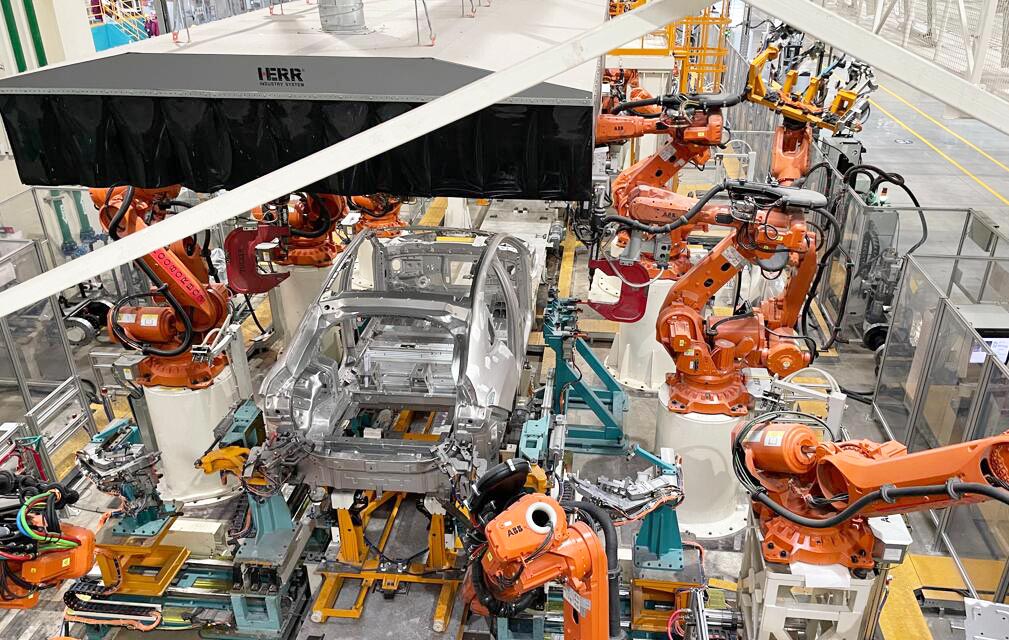 Although it does not nominally own its own factory directly, this does not prevent NIO from innovating in its manufacturing process.

NIO announced on Monday that it has successfully verified the development of a heat treatment-free material that can be used to manufacture large die castings, the first of its kind for a Chinese automaker, and the new material will be used in models built on NIO's second-generation platform.

NIO is the first Chinese car company to follow this advanced manufacturing technology, and while the company's announcement does not mean it has begun to be able to do so, it basically foreshadows that future models will feature a one-piece die-cast body similar to the one used by Tesla on the Model Y.

NIO's models currently use aluminum as the body material, and its next step can be expected to be custom production tooling to produce one-piece body parts with less welding and gluing, improved production efficiency and increased body torsion resistance.

NIO said the development of the heat treatment-free material took more than a year and thousands of tests were conducted at different levels, including materials, parts, systems and vehicles, to ensure the high quality and stability of vehicle performance.

The successful development of this material will lay a more solid foundation for NIO to promote low carbon emission reduction and continuous innovation in body structure design, the company said.

Aluminum alloy die castings made from the material will both improve the quality of large die castings, optimize production efficiency and increase capacity, as well as significantly reduce energy consumption and carbon emissions during the manufacturing process, NIO said.

Unlike its local counterpart XPeng Motors and Li Auto, which qualified for car production by purchasing factories from existing carmakers, NIO used the qualifications of local car company JAC to produce its cars, similar to the relationship between Apple and Foxconn.

NIO and JAC have jointly built a manufacturing base in Hefei, Anhui province, and on October 15 the facility completed a phased upgrade to increase annual production capacity to 120,000 vehicles from the previous 100,000.

In addition to this plant, NIO is also building a second plant at NeoPark, which it is building with the Hefei municipal government.

The local Hefei News Channel reported on Monday that the steel structure of four workshops in the Phase A project of NIO's second plant in NeoPark has been topped out.

The factory will have a total floor area of 437,000 square meters and will have an annual production capacity of 300,000 units and an annual output value of 100 billion yuan when it reaches production, the report said.