Users will have to purchase the Enhanced Autopilot or Full Self-Driving packages to use the feature.

Tesla said Wednesday it has begun pushing out version 2021.36 of its latest software to Chinese owners, bringing features including automatic parking for the Model Y. 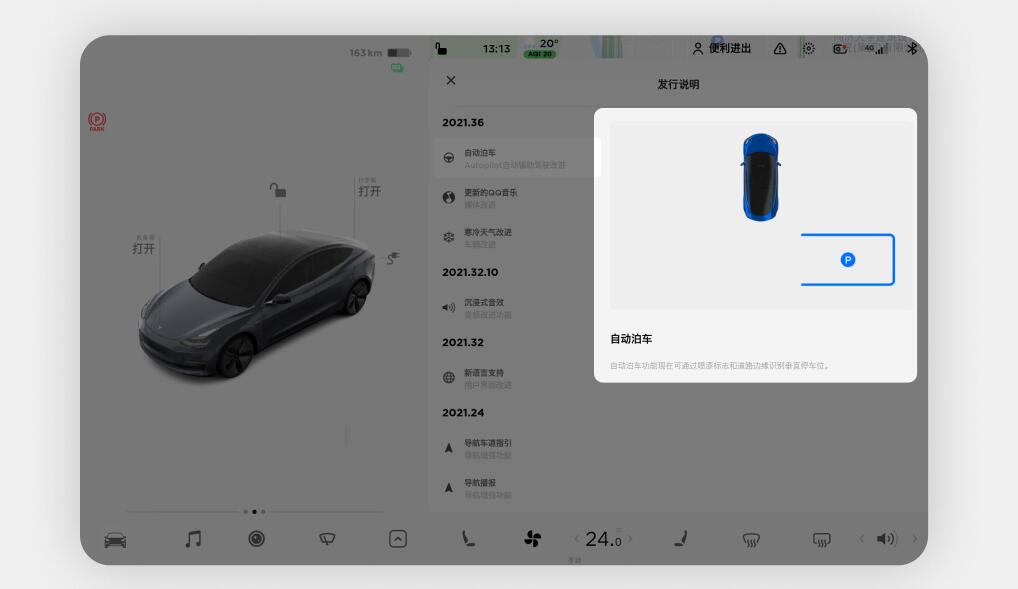 It is worth noting that the free version of Autopilot software that comes with the vehicle does not support the feature, and users must purchase the Enhanced Autopilot (EAP), which costs RMB 32,000 ($4,970), or the Full Self-Driving (FSD) package, which costs RMB 64,000, to get it.

Tesla emphasizes that it is the driver's responsibility to always monitor the surrounding road conditions and be prepared to stop the vehicle at any time when using the auto-parking feature.

The Tesla Model 3 with EAP as well as FSD has previously supported this feature.

Tesla's latest software update also optimizes the performance of some of the original features in cold weather.

The update optimizes the en-route warm-up feature for users driving to Supercharger stations using the onboard navigation to improve charging speed. 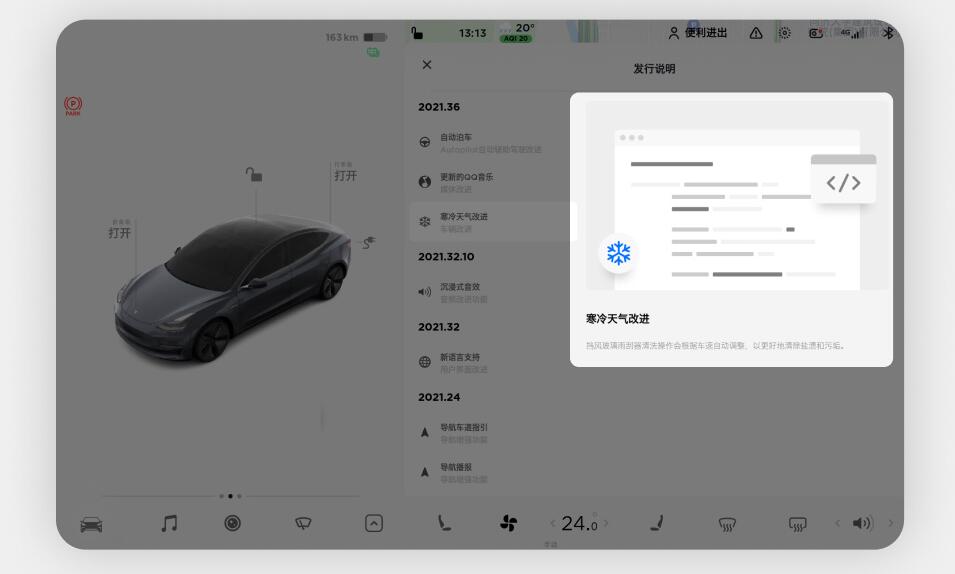 The windshield wiper cleaning operation is automatically adjusted based on vehicle speed, and the cabin warm-up speed has been increased.

The update also adjusts the layout of QQ Music's recommendation page and how users log in. 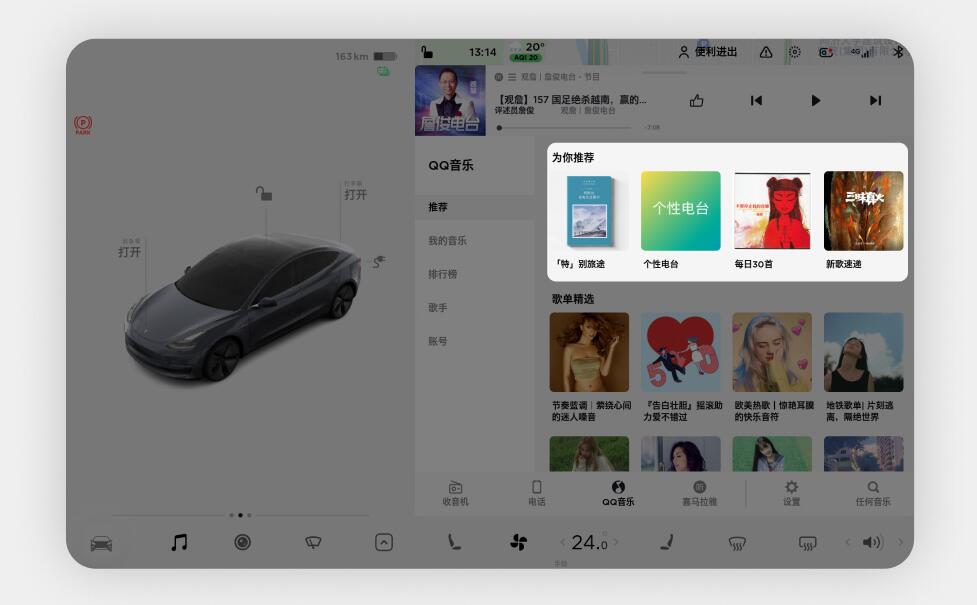 Tesla China's wholesale sales reached 56,006 units in September, up 394 percent year-on-year and up 26.5 percent from August, according to data released Tuesday by the China Passenger Car Association (CPCA).

Tesla will continue to expand investment and R&D in China, says Elon Musk