The sales figure should include NIO's vehicles, which sold a record 10,628 units in September. 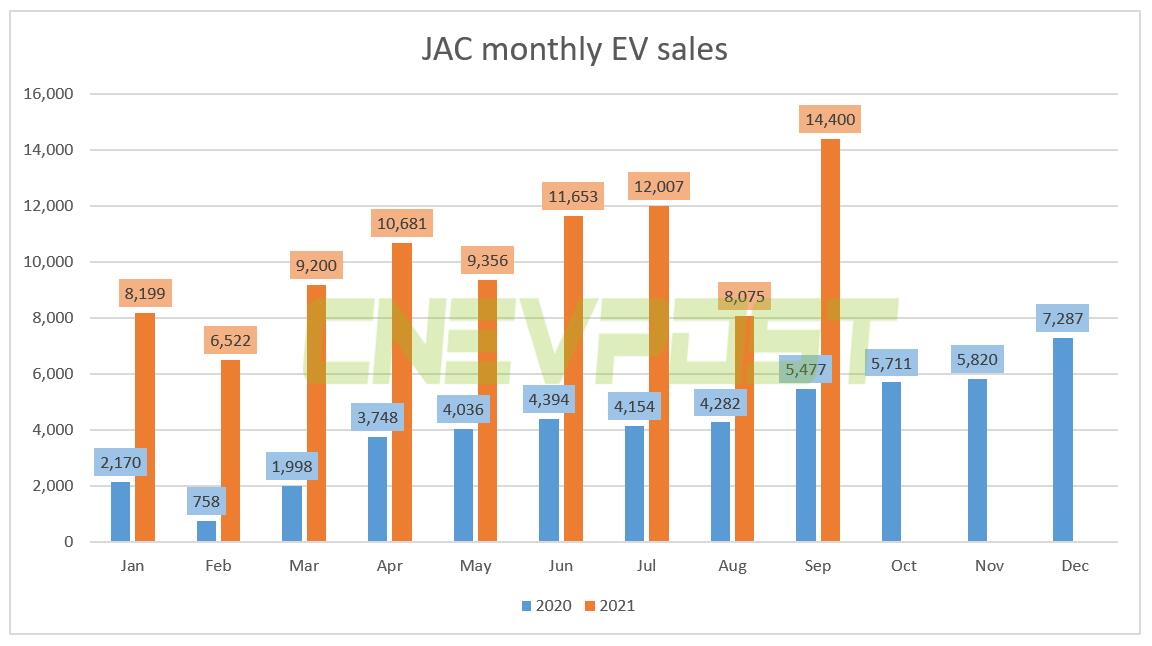 JAC didn't specify, though as is industry practice, its electric vehicle (EV) sales figures should include NIO vehicles.

NIO delivered a record 10,628 vehicles in September, exceeding the 10k threshold for the first time, up about 126 percent from a year ago and up about 81 percent from August.

This means that JAC's own brand of EVs sold 3,772 units in September.

NIO's cumulative deliveries from January to September were 66,395 units, according to the company.

In late May, NIO said it had renewed its manufacturing contract with JAC from May 2021 to May 2024, and that JAC would continue to produce the ES8, ES6, EC6, ET7 and possibly other NIO models.

JAC will expand its annual production capacity to 240,000 units to meet NIO's growing demand, the company said in a statement in May.

Join our Telegram group to be alerted the moment we publish an article: t.me/CnEVPost
#Deliveries#JAC#NIO
0
Comments (0)