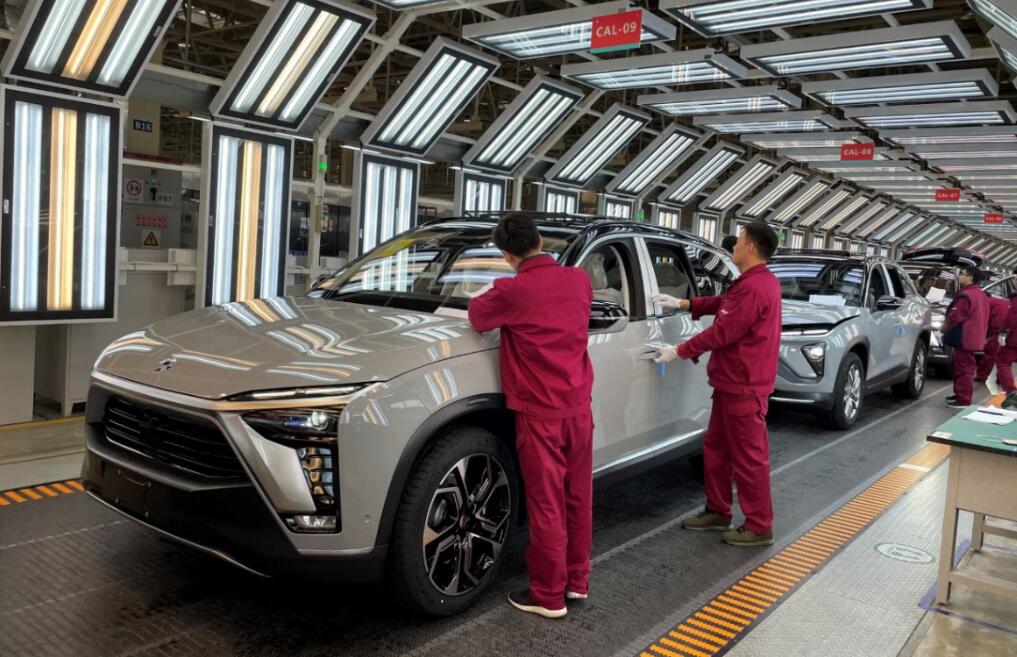 NIO has renewed its manufacturing contract with Jianghuai Automobile Group Co (JAC) from May 2021 to May 2024, and the latter will continue to produce the ES8, ES6, EC6, ET7 and possibly other NIO models, the US-listed Chinese EV maker said Monday.

JAC will expand its annual production capacity to 240,000 units (calculated based on 4,000 work hours per year) in order to meet the growing demand for NIO vehicles, the company said in a statement.

William Li, founder, chairman, and CEO of NIO, said at the end of April that the production capacity of NIO's Hefei manufacturing base is now 400 units per day, and based on 25 working days per month, the monthly production capacity can reach 10,000 units.

However, due to the impact of the supply chain such as chips and batteries, there is pressure to achieve a monthly production capacity of 7,500 units, he said.

This means that the plant currently has a maximum annual capacity of 120,000 units. According to the latest arrangement between NIO and JAC, the capacity of 240,000 units per year means doubling.

The move marks a new phase in the collaboration between NIO and JAC.

Li said at the financial forum held at the PBC School of Finance, Tsinghua University over the weekend that the partnership was questioned by many people at the beginning, especially in 2018 when many people doubted "NIO doesn't have its own factory, and you even want to sell cars?"

"Now that three years have passed and we've sold so many cars, no one is questioning this at all," Li said.

The latest arrangement was signed by NIO with JAC and Jianglai Advanced Manufacturing Technology (Anhui) Co, a joint venture between JAC and NIO in which NIO holds a 49 percent stake.

According to NIO, the fee arrangements consist of the following:

(i) asset depreciation and amortization with regard to the assets JAC invested and to invest for the manufacture of NIO models as actually incurred, payable monthly and subject to adjustment annually;

The new agreements allow NIO to benefit from economies of scale and manufacturing efficiency improvement in the future, the statement said.