As one of the most talked about new car makers in China, WM Motor has been questioned for lagging behind its peers as it previously stopped releasing sales figures.

WM Motor, one of the most talked-about new car makers in China, has finally started releasing delivery figures again.

The company sold 5,005 vehicles in September, up 115.8 percent year-on-year, according to its figures released today. 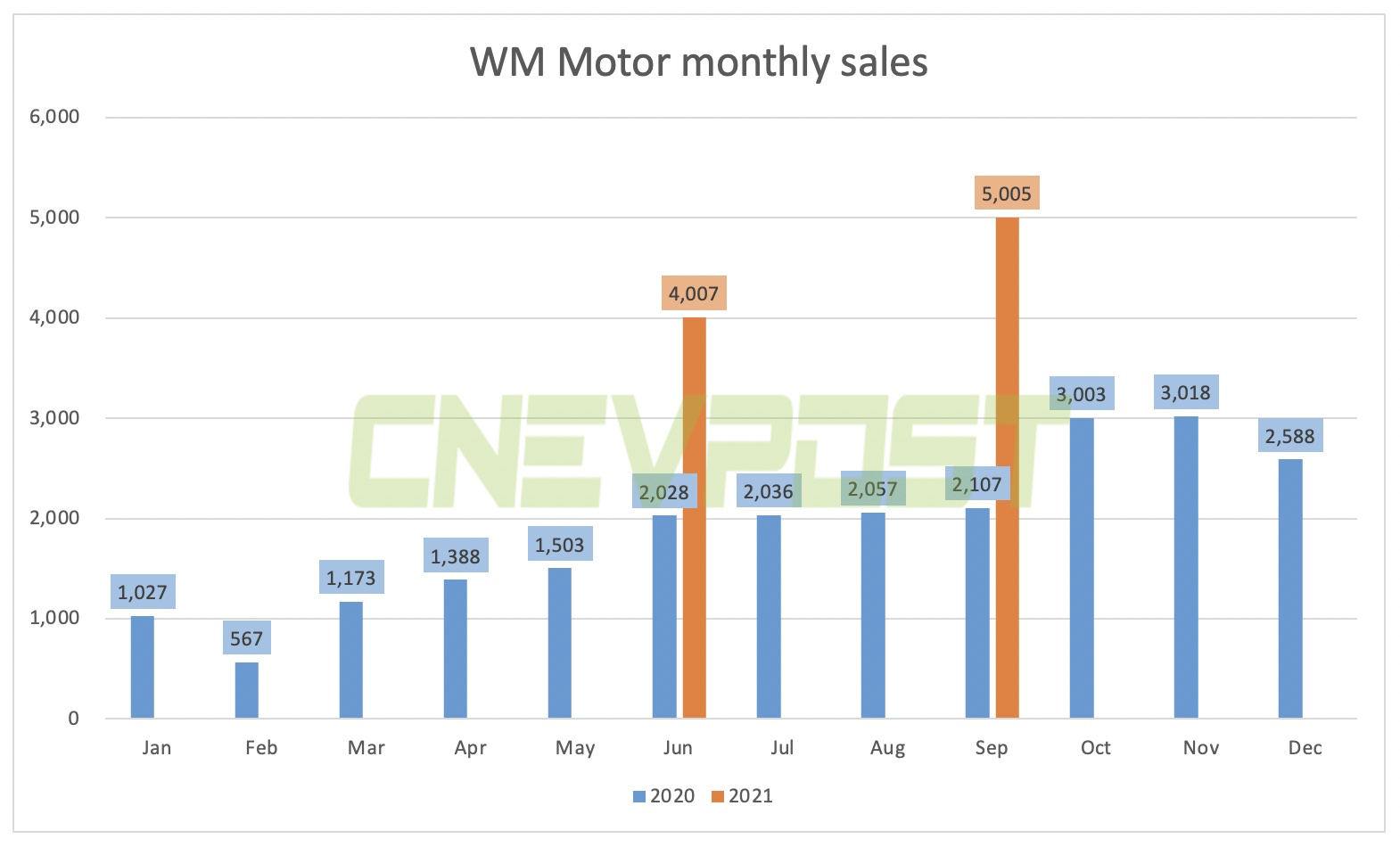 WM Motor reported sales of 13,378 units in the third quarter, up 137.5 percent year-on-year and a single-quarter high, the company said.

The company had not previously released sales figures for July and August, and the latest figures mean it accumulated sales of 8,373 units in those two months.

WM Motor has been questioned this year for falling behind its peers after it stopped releasing sales figures.

After that, the company stopped releasing sales figures again until today.

For comparison, the company's local counterparts NIO and XPeng Motors both delivered more than 10,000 units in September, and Volkswagen's ID. lineup has also surpassed that threshold in China.

NIO delivered a record 10,628 vehicles in September, surpassing the 10k threshold for the first time, up about 126 percent from a year ago and up about 81 percent from August.

XPeng delivered 10,412 vehicles in September, also exceeding the 10,000-unit threshold for the first time in its history, up 199 percent from a year ago and up 44 percent from August.

Volkswagen's ID. lineup of four models delivered 10,126 units in China in September, up 44 percent from 7,023 units in August.