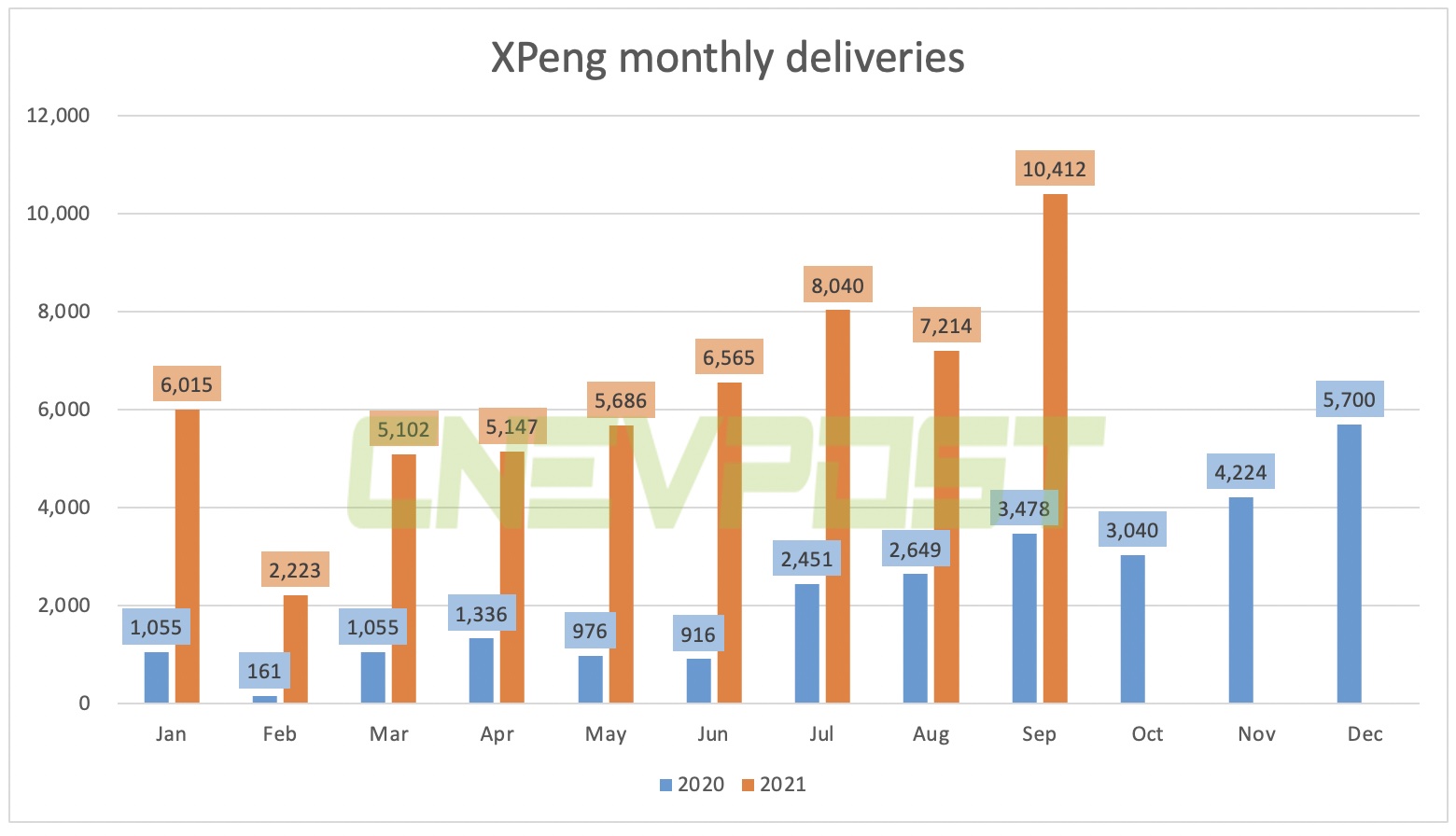 XPeng Motors delivered 10,412 vehicles in September, surpassing the 10,000-unit threshold for the first time in its history and the first company among China's main new car makers to achieve that feat.

It was the fifth consecutive month of record monthly deliveries for XPeng, up 199 percent from a year ago and 44 percent from August, according to data released by the company Friday.

In the third quarter, XPeng's deliveries reached 25,666 units, up 48 percent from the second quarter and close to last year's full-year deliveries in a single quarter.

From January to September, XPeng deliveries reached 56,404 units, twice as many as in the same period last year.

A total of 2,656 units of the XPeng G3 and its facelift G3i were delivered, and the company did not announce deliveries of each of the two models.

The new sedan P5, which was officially launched on September 15, had 244 units delivered in September, the first delivery of this model. 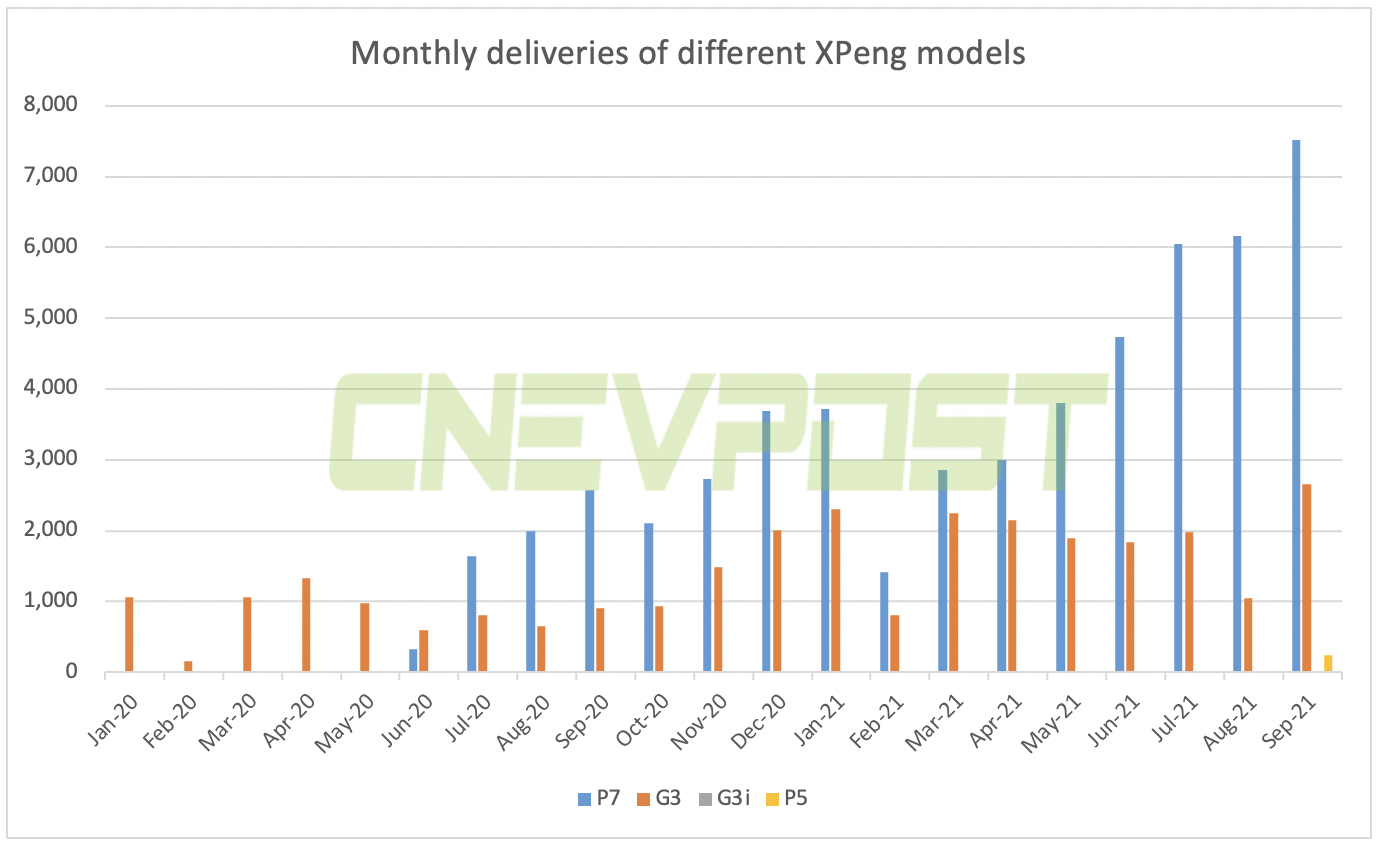 (Note: The XPeng G3 and G3i combined delivered 2,656 units in September, and the company did not announce deliveries for each of the two models, which the chart attributes to the G3.) 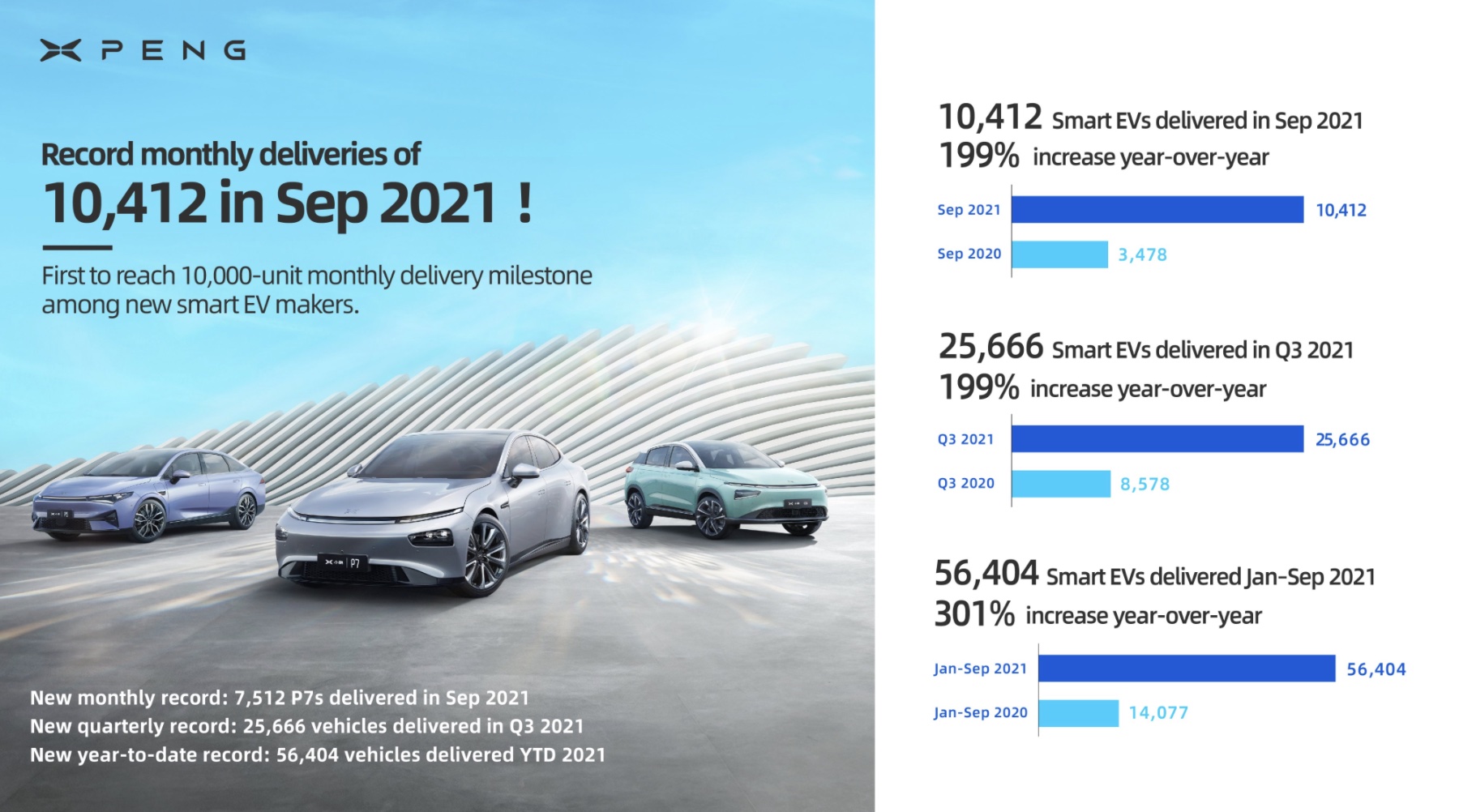