XPeng has announced two new versions of the P7 that do not support XPILOT, lowering its starting price even further after the lithium iron phosphate versions. 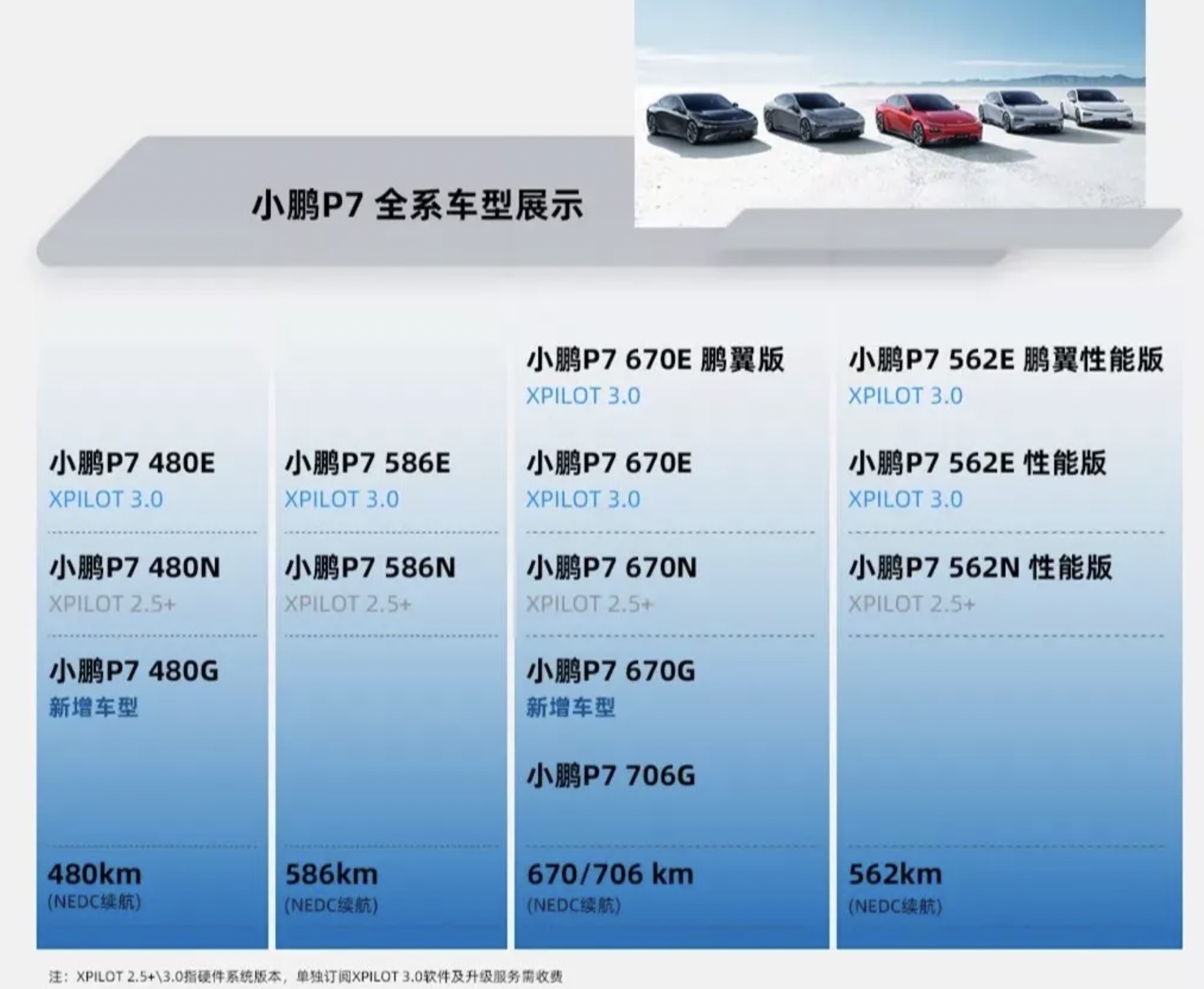 XPeng Motors on Thursday announced two new versions of its flagship sedan, the P7, that do not support the XPILOT assisted driving system, lowering its starting price even further after the lithium iron phosphate versions.

The two new versions are 480G and 670G, where the number stands for NEDC range and G is the lowest-specification series in XPeng's model naming system.

The company first used the nomenclature on the P5 model and has now extended it to the P7. In order of the PENG in the XPeng name, the models are lowered in order of specification.

The 480G version of the P7 is identical to the 480N version in core specifications, but is simplified in its assisted driving configuration and does not support the XPILOT assisted driving system.

The 480G version does not have the ACC full-speed adaptive cruise control, LCC lane centering control, or ALC lane change assist including features that the 480N has.

In addition, the 480G version does not have the blind spot monitoring warning, door opening warning, or rear collision warning that the 480N has.

The 670G version is priced at 256,900 yuan, RMB 10,000 less than the 670N version, and does not have the latter's support for XPILOT assisted driving system or assisted driving features, including ACC. The two models are essentially identical in other key specifications.

This is the latest effort by XPeng to boost P7 sales, with deliveries of the model exceeding 6,000 in each of the past two months.

The company delivered 7,214 vehicles in August, up 172 percent year-on-year, but down 10 percent from July.

On September 23, XPeng said that cumulative deliveries of the P7 reached 50,000 units, 15 months after the model was launched in July last year.