The Chinese Lunar New Year holiday is a peak travel time for the public, and NIO wants to significantly expand its battery swap stations' coverage along highways before then to make it easier for its customers to travel by car.

The electric vehicle company announced Tuesday that it will have a battery swap network covering eight major highways and four densely populated metropolitan areas by the Chinese New Year in 2022.

The next Chinese New Year will come on February 1, 2022, and no official schedule has been released, but the holiday is usually seven days.

The holiday is typically a time for people working in major cities to return to their hometowns and will also see one of the world's largest population migrations, although it has waned in size in recent years due to Covid-19 concerns.

According to NIO's plan, the company hopes to complete a battery swap network along five north-south highways and three east-west highways by then. 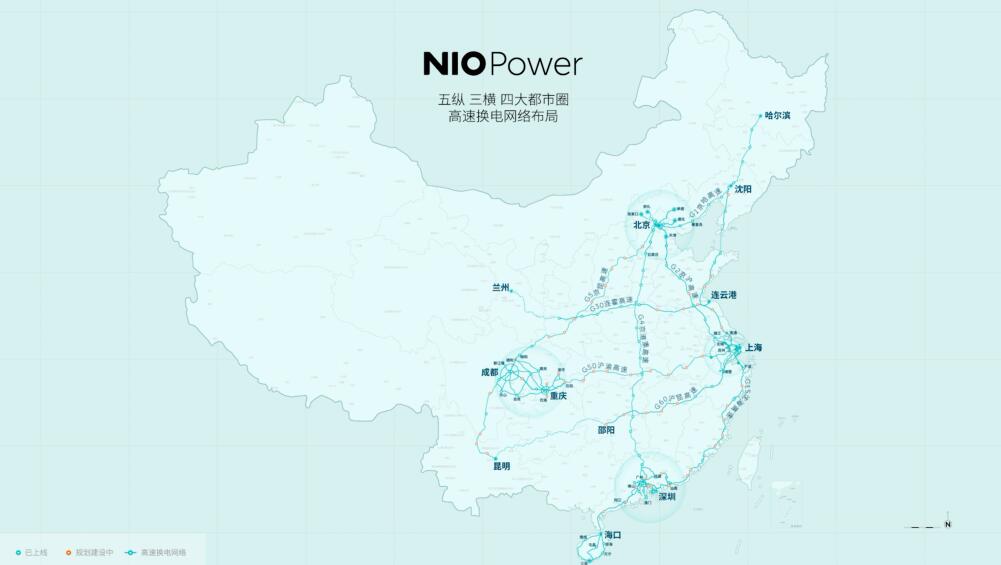 William Li, founder, chairman and CEO of NIO, said Tuesday that the company's number of battery swap stations covering the highway now stands at 99 and will increase to 169 by the Chinese New Year.

The G1 Beijing-Harbin Expressway is 1,229 kilometers long, and NIO has provided 10 battery swap stations along its route, one every 120 kilometers on average. 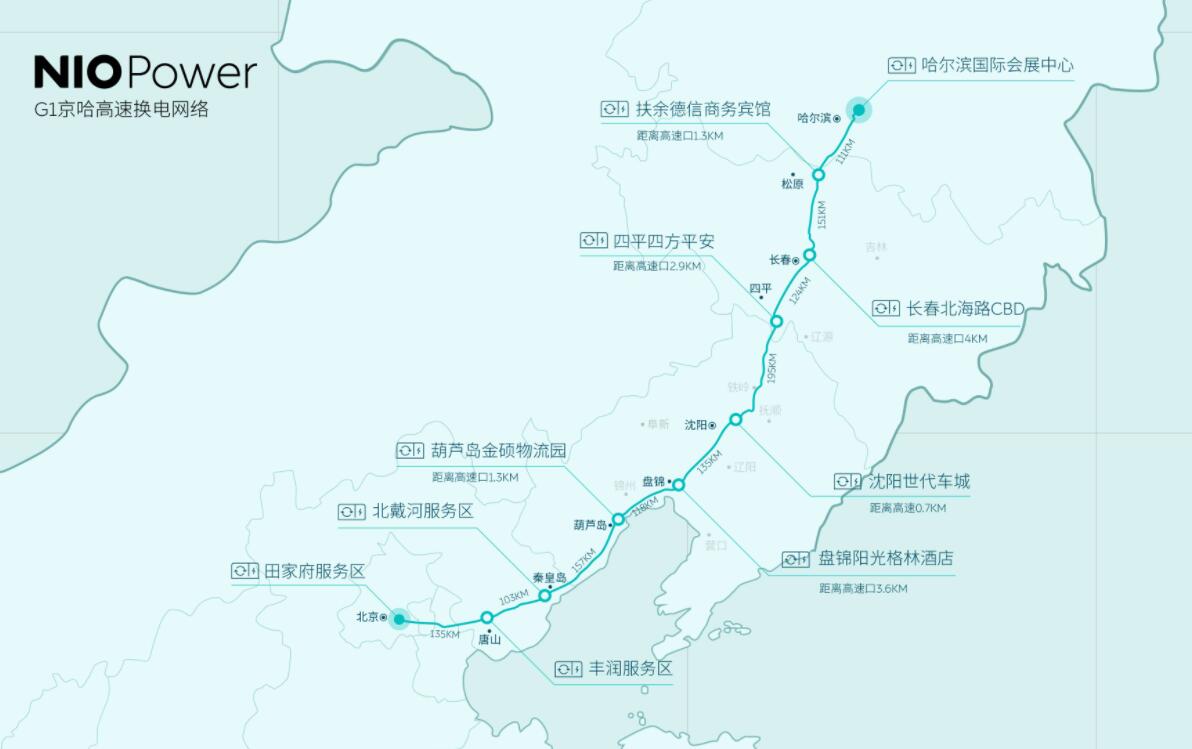 According to CnEVPost database, as of September 21, NIO had 484 battery swap stations in China.