China's new energy vehicle (NEV) market is growing beyond many people's expectations, and William Li, founder, chairman and CEO of NIO, has adjusted his view.

Speaking at the 2021 World New Energy Vehicle Congress in southern China's Hainan Province on September 16, Li said that the percentage of NEV sales among all vehicle sales, or penetration rate, in China could reach 20 percent next year.

Li believes that the country's industry plan is prudent in its goals, and from the perspective of new energy vehicle promotion, once users accept it, it will spread very quickly.

Data released earlier this month by the China Passenger Car Association (CPCA) showed that China's retail penetration of NEVs reached 17.1 percent in August. In the January-August period, the rate was 11.6 percent, a significant increase from the 5.8 percent in 2020.

Notably, in March, China's NEV penetration rate exceeded 10 percent for the first time, and Li said in late April that increasing the share of electric vehicles in China's new vehicle sales from 10 percent to 20 percent would certainly be achieved within two years.

At the China Auto Chongqing Summit 2021, held June 13 in the southwestern Chinese city of Chongqing, Li said that China could reach 90 percent penetration of smart electric vehicles by 2030.

"Maybe the number in my own mind is a little bit more optimistic than that. There are a lot of driving factors behind this, most notably technology, especially autonomous driving-related technology," he said at the time. 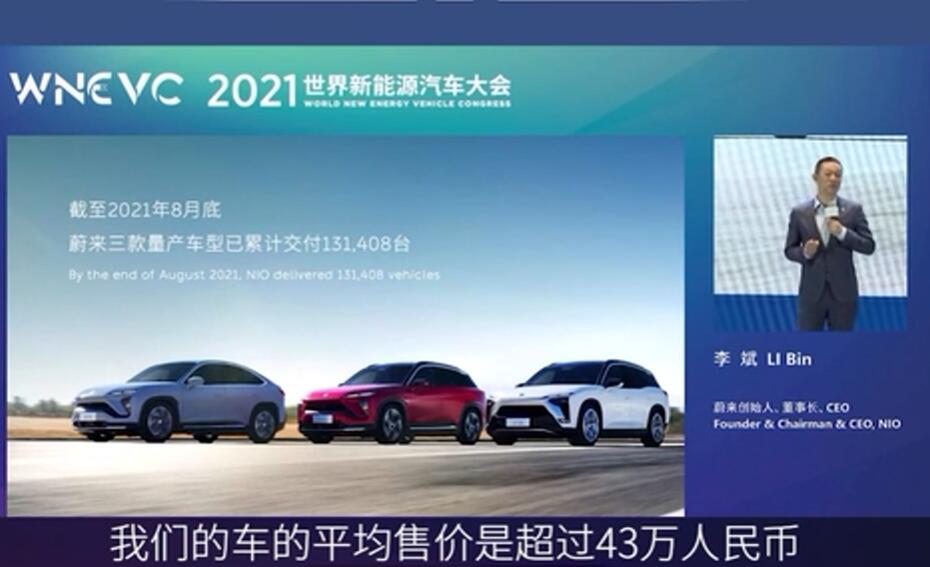