Under the agreement, Jiangxi Special Electric Motor will supply Gotion High-Tech with no less than 500 tons/month of battery-grade lithium carbonate, which can meet the raw material supply of at least 10 GWh of LFP batteries per year, according to a press release.

With the sharp increase in demand for LFP batteries, the supply is facing a gap. As of September 10, the average price of power lithium iron phosphate material in China has risen to RMB 62,500 yuan ($9,688) / ton, up by 69 percent from 37,000 yuan/ton in early January.

In order to secure a stable supply of raw materials, Gotion High-Tech has signed an investment contract with the Yichun City Government of Jiangxi Province at the beginning of the year to build a raw material production project there.

In August, Gotion High-Tech signed a contract to build a lithium carbonate project with an annual production capacity of 100,000 tons, which can supply 150 GWh of lithium iron phosphate capacity after the project reaches full production.

The company's agreement with Jiangxi Special Electric Motor is aimed for keeping its access to raw materials stable in the short term.

Notably, China's LFP battery installed base surpassed ternary batteries for the first time in the year in July, and that lead widened further in August.

According to data released by China Automotive Battery Innovation Alliance on Friday, China's power battery installed base in August was 12.6 GWh, up 144.9 percent year-on-year and 11.2 percent from July.

This means that in August, the installation of LFP batteries is about 36 percent higher than that of ternary batteries.

In July this year, China's LFP batteries installed 5.8 GWh, the first time in the year than the installed volume of 5.5 GWh of ternary batteries, 5.5 percent higher than the latter. 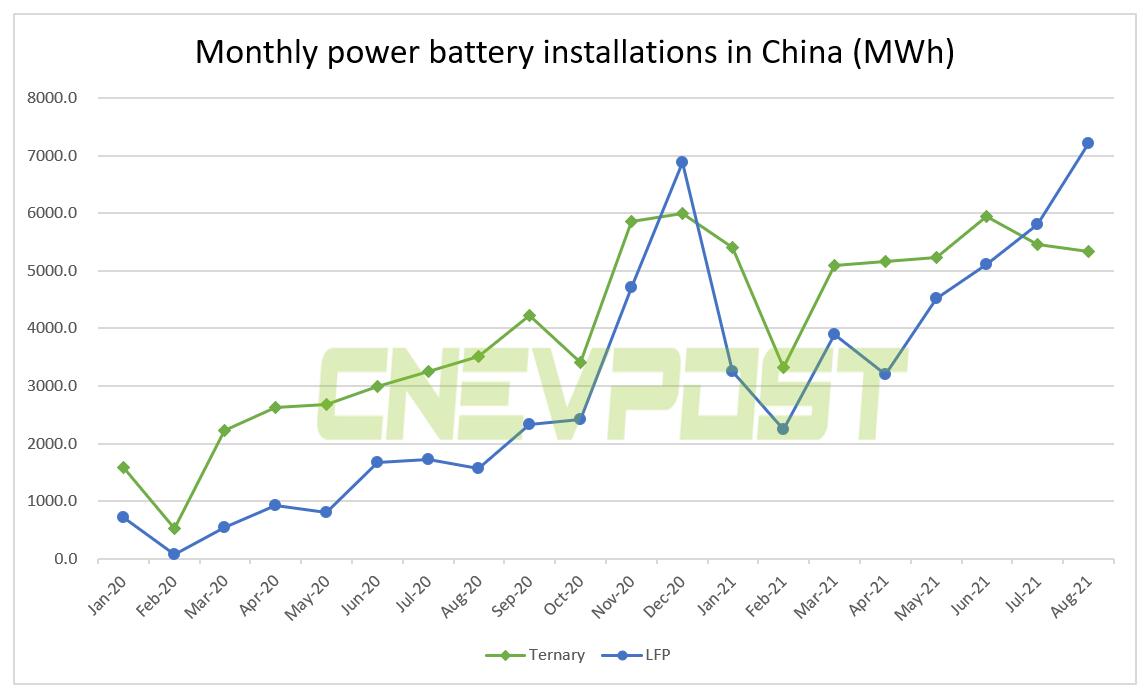