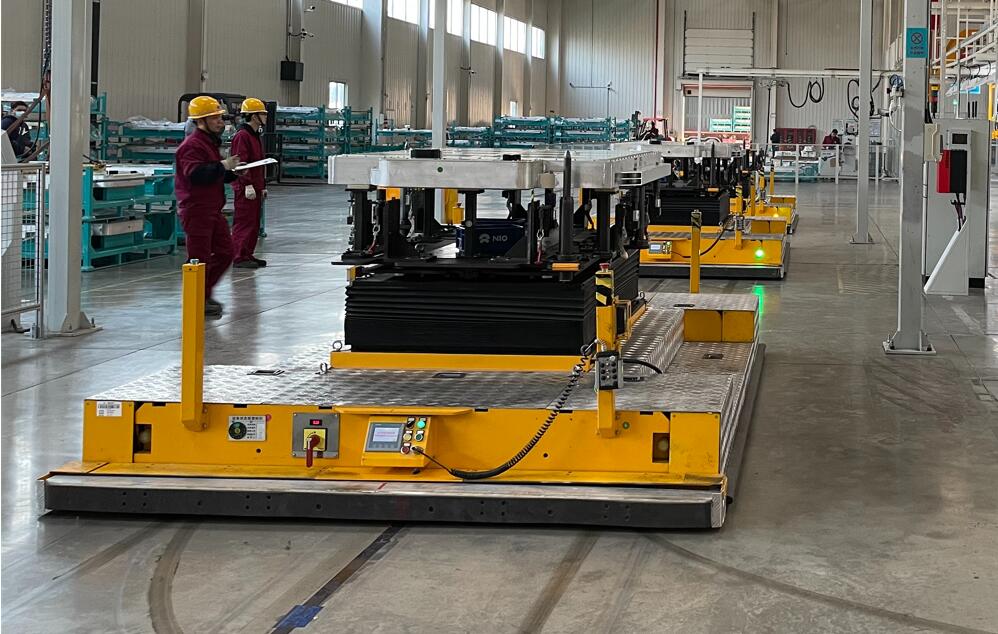 CATL, a battery supplier to Tesla and NIO, will build a new lithium battery production site in Yichun, Jiangxi province, in eastern China, with a total investment of up to RMB 13.5 billion ($2.1 billion), according to a company announcement.

CATL's investment in the project will come from its own funds and the construction period is expected to take no more than 30 months from the start of construction, according to the announcement it made on Monday.

CATL said the project will further improve its production capacity layout, meet the needs of future business development and market expansion, and is important for promoting the company's long-term stable development.

In July this year, CATL signed strategic cooperation framework agreements with the Jiangxi Provincial Government and Yichun Municipal Government respectively, agreeing to build a new lithium battery production and manufacturing base and a corresponding upstream materials production base for lithium carbonate and other materials in Yichun.

According to market research firm SNE Research, the global installed base of power batteries in the first half of 2021 was 115 GWh, up 156 percent year-on-year. Among them, CATL has 34 GWh of installed units and the highest market share at 30 percent.

CATL's data shows that it has 65 GWh of power battery and energy storage system capacity and over 60 GWh of production in the first half of 2021, with a capacity utilization rate of 92 percent.

Data released by China Automotive Battery Innovation Alliance last week showed that CATL's power battery installed base in China in August was 6.5 GWh, with a market share of 51.7 percent.

From January to August, CATL's power battery installed base was 37.9 GWh, with a 49.7 percent market share.

Chongqing Sokon, whose Seres SF 5 model was selected by Huawei to sell in its channel, announced Friday that its subsidiary Chongqing Jinkang New Energy signed a five-year framework agreement with power cell giant CATL on September 9 to secure the necessary capacity.

Under the agreement, Jinkang will purchase power cells from CATL between 2022 and 2026.

Jinkang will request from CATL at least six months in advance to jointly confirm the total amount of procurement for the following year, which will be agreed through a subsidiary agreement. If no Subsidiary Agreement is signed in the current year, the default annual amount will be 10 GWh in the following year.