When Li Auto launched its Hong Kong listing last month, it gave international underwriters the right to demand that it issue up to 15 million additional shares of Class A common stock as an over-allotment option. Now, they have partially exercised that right.

International underwriters have partially exercised its over-allotment option after the September 3 trading session for a total of 13,869,700 shares of Class A common stock, the company said in a statement filed with the Hong Kong Stock Exchange on Sunday.

These shares were issued at the same price of HK$118 as Li Auto's public offering in Hong Kong, according to the statement.

The net proceeds received by Li Auto from the issuance of these additional shares, after deducting related expenses, amounted to HK$1.6 billion.

These over-allotment shares will be listed on the main board of the Hong Kong Stock Exchange starting at 9 am on September 8, Li Auto said.

Li Auto has adopted the same dual-primary listing approach as XPeng Motors to list on the Main Board of the Hong Kong Stock Exchange under the ticker symbol "2015".

The company's offering price was HK$118 and trading began on August 12.

Li Auto continued to fall in the first four trading days after its Hong Kong listing, falling as low as HK$101.80. The stock has only rebounded in the past two weeks, closing at HK$118.5 as of Friday, above the offering price. 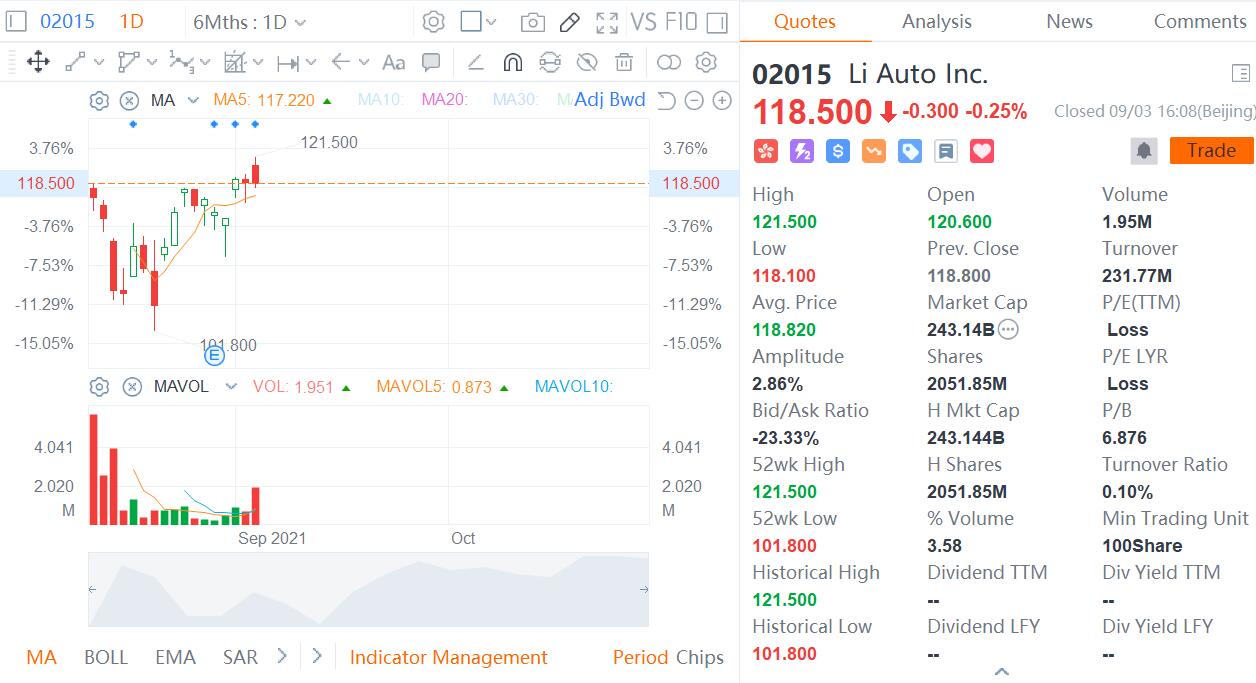