It's attractive for a city's administrators to have car companies come to their area. Now it looks like Beijing has finally gotten Xiaomi's car business.

The smartphone giant announced on September 1 that it had officially completed the registration of its car business as "小米汽车有限公司" (Xiaomi Automobile Co). The company has a registered capital of RMB 10 billion yuan ($1.54 billion), with Lei Jun, founder, chairman and CEO of Xiaomi, as its legal representative. 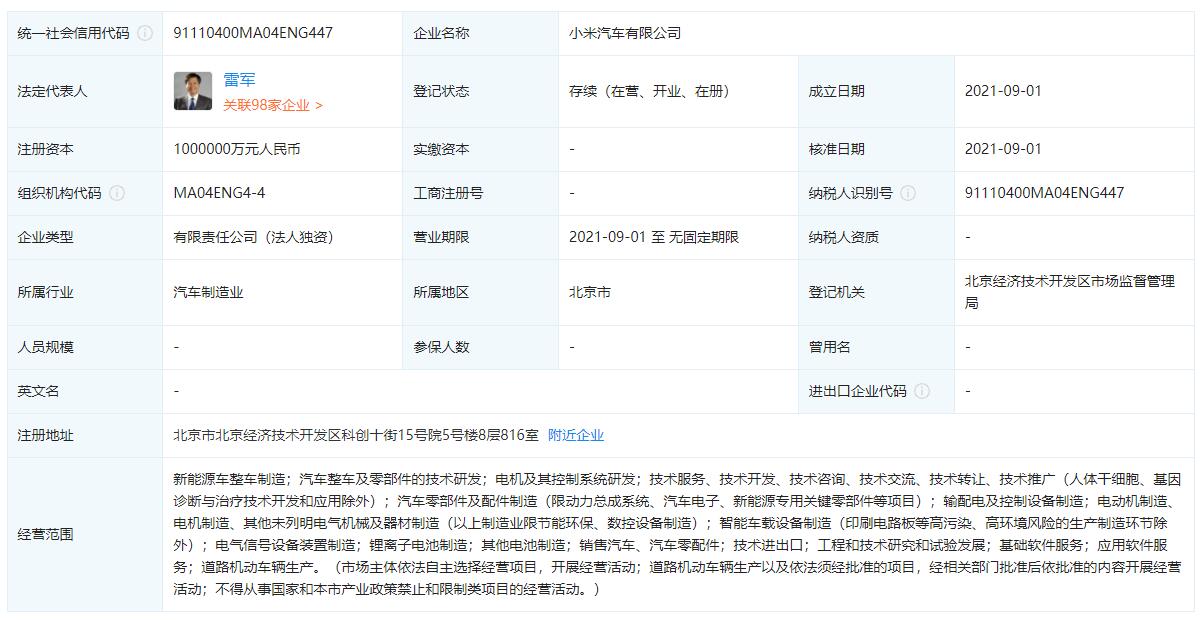 On March 30, Xiaomi announced on the Hong Kong Stock Exchange that it plans to set up a wholly-owned subsidiary to take charge of the intelligent electric vehicle business.

Xiaomi's initial investment in the automotive business will be RMB 10 billion, with an expected investment of US$10 billion over the next 10 years.

Since the official announcement of Xiaomi's car, Lei's hometown, Wuhan, has suggested the Wuhan government to bring in Xiaomi's auto business.

In early April, the Wuhan Municipal Bureau of Commerce replied to such messages, saying that the city has been working closely with Xiaomi, and since the official establishment of Xiaomi's smart car business on March 30, the city has attached great importance to it and actively carried out contacts with it.

In addition to Wuhan, Shanghai, Wuhan, Hefei and Xi'an have all reportedly tried to get Xiaomi to locate its car-building project with them.

Last month, Auto Business Review mentioned that the headquarters and first factory of Xiaomi's car business have been largely confirmed to be set in Beijing.