Home Industry Neta delivered 6,613 vehicles in Aug, up 449% from a year earlier

Chinese electric vehicle startup Neta Automobile said Wednesday it delivered 6,613 vehicles in August, up 449 percent from a year earlier and up 10 percent from July. 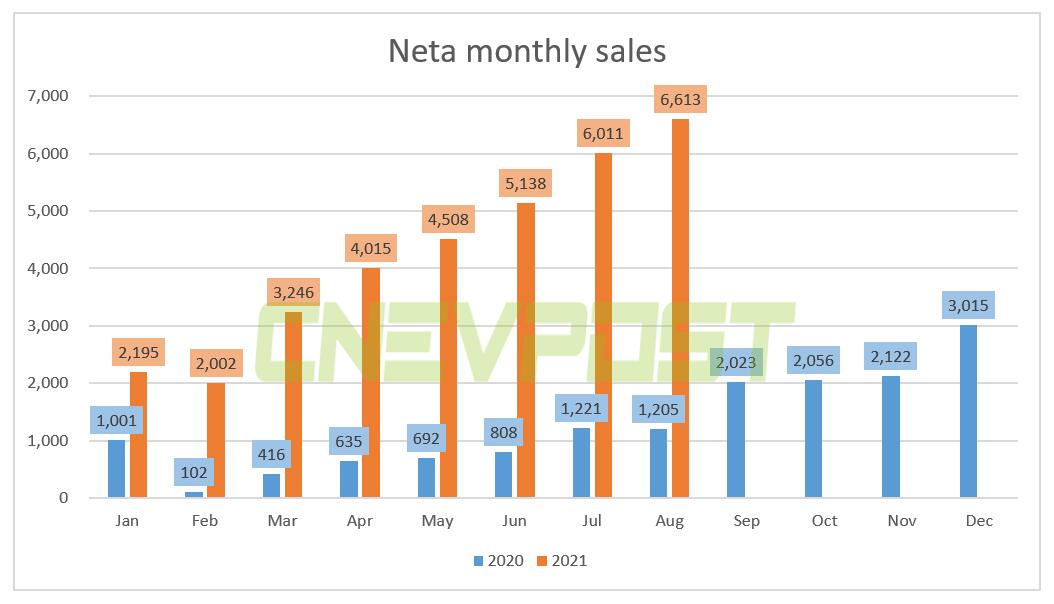 The electric car brand, backed by Qihoo 360, China's largest cybersecurity company, delivered a total of 33,728 vehicles from January to August, up 367 percent from a year earlier.

Neta was founded in October 2014. The first Neta model was launched in November 2018, and to date, Neta has 2 models on sale - Neta V and Neta U Pro.

Qihoo 360 announced on May 11 that it has officially entered the smart car sector with Neta, an electric car brand owned by Hozon Auto.

Last Wednesday, Neta signed a comprehensive cooperation agreement with Huawei to use the latter's technology in its future models.

According to the agreement, Neta and Huawei will start comprehensive cooperation in the fields of smart network connection, in-vehicle computing, smart driving, digital energy and cloud services.

Join our Telegram group to be alerted the moment we publish an article: t.me/CnEVPost
#Neta#Neta Automobile
1
Comments (0)