For nearly a year, car companies around the world have been facing chip shortage difficulties, with a shortage of MCU chips for vehicles being the main reason, the article said.

BYD's sources said the company relied on its long-term layout and its own production in the field of automotive semiconductors to avoid suffering the impact and seize the growth opportunity during the period when many car companies had to reduce or stop production, the report said.

BYD Semiconductor was established in October 2004 and entered the industrial MCU sector in 2007, ranking first in China in terms of market share for industrial-grade touch MCUs.

IGBTs are used in new energy vehicles for motor drive control systems, thermal management systems, and power supply systems, and BYD Semiconductor says it has been working on them since 2005.

In 2020, IGBT 5.0 based on high-density Trench-FS was mass-produced, and the company's IGBTs will be expanded to be available to the world.

As of June 21, BYD Semiconductor had 1,191 issued patents, including 720 invention patents.

The story focuses on the history of BYD Semiconductor, but its timing is noteworthy, as chip concerns are currently re-emerging.

A semiconductor supplier's Muar plant in Malaysia has been asked by the local government to shut down part of its production line until August 21 due to the aggravation of the Covid-19 outbreak, said David Xu, executive vice president of Bosch (China) Investment Co, in his WeChat status earlier this month.

This will result in a direct impact on Bosch ESP/IPB, VCU, TCU and other chips, which are expected to be largely in a state of supply disruption for the rest of August, Xu said.

After Xu shared the above information, XPeng Motors chairman and CEO He Xiaopeng also shared the information in his WeChat status and expressed his helplessness about the chip shortage.

The chip shortage will lead to a global production cut of 6.3 million to 7.1 million vehicles this year, with a potential cut of 2.1 million in the third quarter alone, IHS Markit said in a report last week.

The chip shortage will not stabilize until the second quarter of next year, and the auto industry will recover only in the second half of the year, IHS Markit said.

The report's forecast does not include Toyota's latest cuts. Toyota plans to temporarily suspend production at 14 plants for nine months and will reduce its global auto production in September by a planned 40 percent, according to a Nikkei News report on August 19.

BYD's shares traded in Shenzhen surged in early trading Wednesday, up 3.52 percent at press time. The stock is up 66 percent in the past three months. 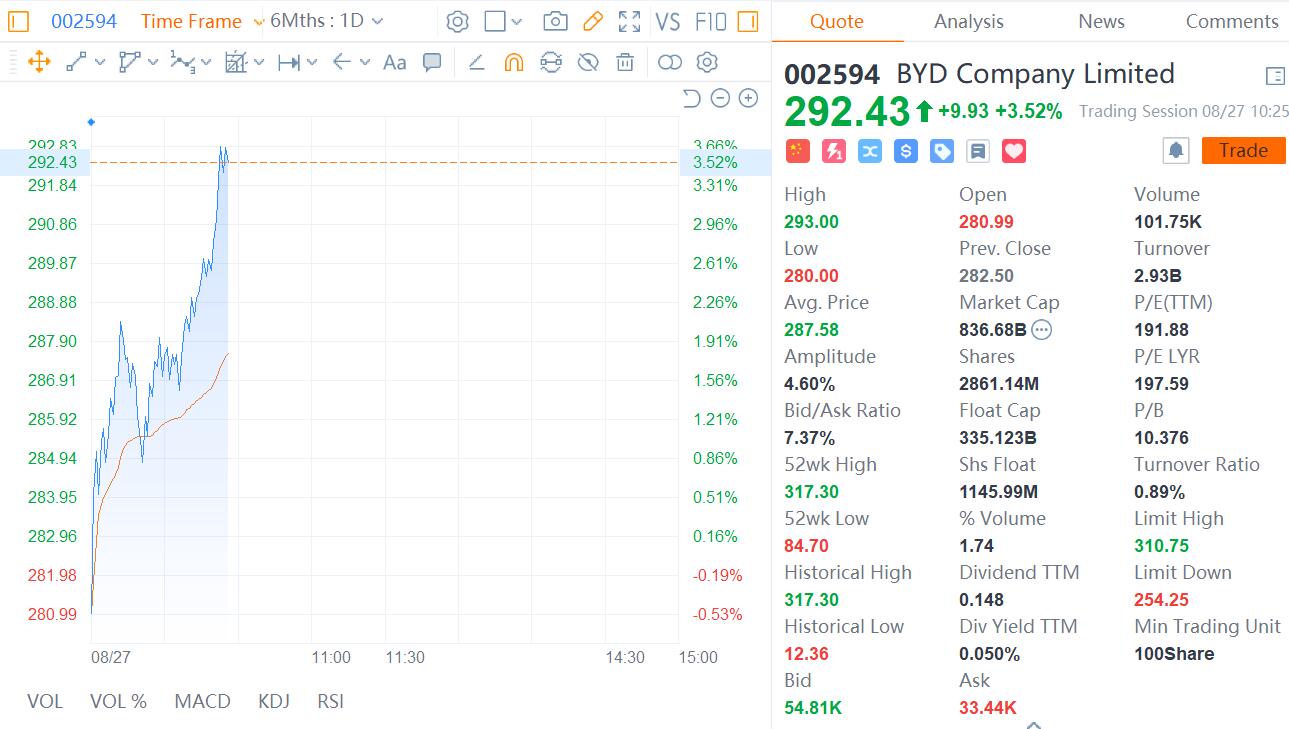