(Update: Hesai's statement has been added)

Baidu prides itself on its Tesla-like reliance on purely vision-based technology, and now a latest partnership means the company could be swinging the technology course it takes for its first production car. 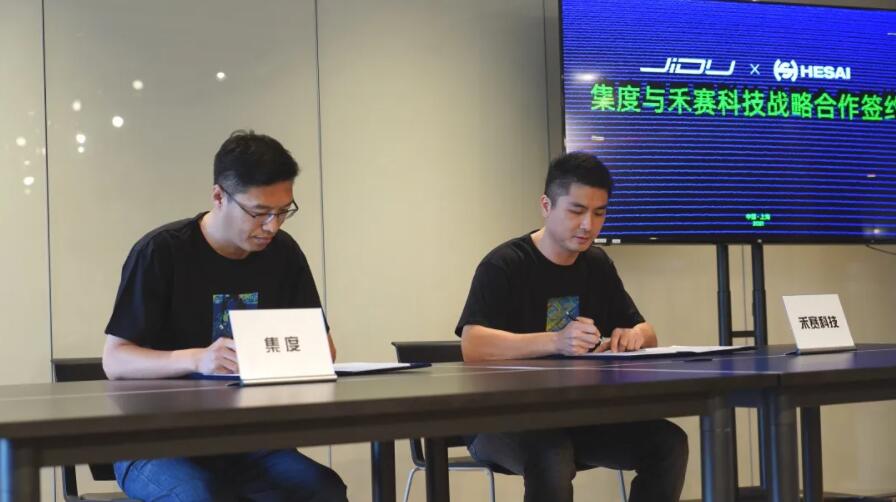 The two will work together to improve the performance and competitiveness of vehicle sensing to help create safer and more efficient advanced assisted driving systems, according to a statement released by Hesai.

Baidu was previously rumored to be using a purely visual perception path for its first production car, and the partnership raises questions about how it will achieve L4 autonomous driving.

36kr reported on the partnership earlier Wednesday and speculated that the change in route could be triggered by the recent NIO ES8 accident.

Baidu announced a heavy focus on pure vision technology route in 2019, and in April this year announced that it would mass-produce AVP+ANP LiDAR-free pure vision solutions, and they have been used in WM Motor's W6 SUV.

For its Robotaxi, however, Baidu is using LiDAR.

Earlier this month, Baidu's autonomous driving division Apollo unveiled Apolong Ⅱ, its second-generation autonomous minibus, in Guangzhou. It comes with two 40-line LiDARs, plus millimeter-wave radar and a surround-view camera with a detection range of 250 meters.

Local Chinese EV companies are now equipping LiDAR for almost all of their high-end models, such as XPeng Motors' P5 and NIO ET7.

It is worth noting that Baidu has previously had a partnership with Hesai.

Apollo and Hesai entered into a partnership in March this year to jointly develop LiDAR, which will be equipped in Baidu's fifth-generation self-driving Robotaxi, according to a report by local media outlet LatePost.

Baidu had co-invested $150 million in US laser company Velodyne LiDAR with Ford in 2016. A year later, Baidu and Lightspeed China Partners led an RMB 250 million Series B round of funding for Hesai.

Hesai has been developing lidar for unmanned vehicle applications since 2016 and has launched 40-, 64-, and 128-line lidar products.

More than 10 of the top 15 Robotaxi companies in terms of total mileage in 2019 use Hesai's LiDAR, according to the California Department of Motor Vehicles.

Join our Telegram group to be alerted the moment we publish an article: t.me/CnEVPost
#Baidu#Hesai#Hesai Technology#Jidu#Jidu Auto
0
Comments (0)