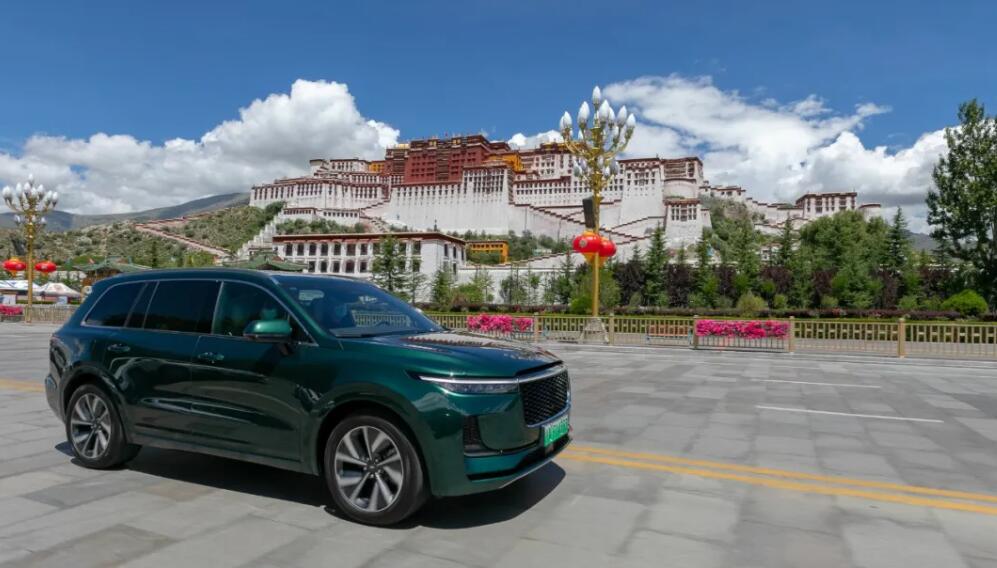 The company is expected to report its Q2 2021 financial results on August 30.

On August 12, 2021, Li Auto (LI: NASDAQ) started trading on the Hong Kong Stock Exchange. It has become the second Chinese EV company to be listed on both hemispheres.

Having collected CNY 11.6 billion while operating on dry powder, how will the company expand afterward? This article will do a business review of Li Auto and value its stock.

The impediments arising from COVID-19 have not stopped China's EV market from sprinting in 2021. Among a wealth of EV companies, Li Auto delivered 38,743 units of Li ONE in the first half of that year, surpassing the previous year's figure. But the company's fundamentals are still somewhat overshadowed by those of its counterparts in the space.

According to our previous research, Li Auto has spent a lower percentage of revenue on research and development compared with NIO and Xpeng. More importantly, the Li ONE model uses the range extender as a core technology, one that has been used globally for some years now.

Specifically, this technology was first commercially used on the Chevy Volt and the Nissan LEAF in late 2010. The extended-range electric vehicle (EREV) is fully powered by electric motors but has an internal combustion engine (ICE) to generate additional electric power.

In short, the range extender is a transitional solution and will likely be outdated in a few years as the battery cost quickly decreases and EV infrastructure upgrades. Presumably, BEV will account for a higher percentage of EV as EV penetrates the broader market.

BEV development needs to meet professionalism/technology thresholds in battery, electric control and electric motor. Although most OEMs buy solutions from tier-one or tier-two manufacturers, a lot of work is needed for benchmarking and integrating these components into a mature product.

Li Auto doesn't have enough expertise in this field. Based on Li's most recent prospectus, the company plans to roll out two new BEVs in 2023. We have doubts about whether the company will be able to finalize a mature product at that time.

Besides, Li Auto's management set an exaggerated expectation of the company's EV sales that has alerted its investors. In February 2021, the company announced its outlook internally.

The founder set a goal for the company to reach 1.6 million in annual EV sales by 2025. Such a target will be hard to achieve. 1.6 million vehicles equal Toyota's 2019 sales in China. Toyota, the Japanese auto giant, has been selling cars in the Chinese market for 20 years and has accumulated a much larger customer base and global reputation than Li Auto.

An ambition to become a brand as famous as Toyota in five years appears challenging, to say the least. Having 1.6 million deliveries by 2025, inter alia, means that the annual delivery figures are projected to grow at a 170% CAGR, a rather high rate.

Opportunities and attempts to catch up

Notwithstanding, Li Auto still has an opportunity to join the group of tech leaders. Within the fast-growing EV industry, there are many suppliers providing solutions like ADAS, Lidar and third-party charging infrastructure – and, incentivized by China's state policies, new upstarts appear daily in these areas.

The technological 'backwardness' of Li Auto might be resolved through a couple of acquisitions. The company, meanwhile, is taking some actions to drive innovation internally; for example, it started building an R&D center in Shanghai in April 2021.

Li ONE, a best-selling model, also brought the public's attention to Li Auto. Li Auto's management expects over 10,000 sales in September 2021. We think the reason Li Auto has such strong momentum is due to its product positioning.

One of the examples will be a family-oriented SUV with 6 to 7 seats. Compared to the competing models with the same price, this SUV is equipped with an entertainment system that includes three screens and appears to be a more economical option. The consistency in product positioning has made Li Auto a popular brand.

Because of Li Auto's ongoing technology transition, the multiple is halved to 5 times of 2022 revenue. Therefore, the projected market capitalization of Li Auto is USD 28.5 billion to USD 30.5 billion.

Li ONE is highly likely to maintain strong sales momentum in the short run. But 2023 will be a challenging year depending on whether the company can succeed in rolling out battery electric vehicles. Compared with NIO, Xpeng and BYD, the stock is at half of their EV divisions' multiples and priced at a reasonable level.

Due to some technical and strategic issues, the company's outlook is mixed. Now is a good time for investors who have faith in EREV to make a decision.

This article was first published by Niko Yang and Luke Sheehan on EqualOcean, an investment research firm focusing on China.