The listing process of BYD Semiconductor, BYD's chip business, was suspended by the Shenzhen Stock Exchange on August 18 because the law firm serving it was investigated by the China Securities Regulatory Commission (CSRC).

BYD Semiconductor responded that it will move forward with the review as soon as possible and is not sure if it will change its law firm yet.

Servicing BYD Semiconductor's listing process is Beijing Tianyuan Law Firm. The reason for its investigation has not been disclosed on the official website of the CSRC.

According to regulatory requirements, BYD Semiconductor may only resume its application for listing if the law firm's under probe status is removed or if it completes its due diligence within three months.

In addition to BYD Semiconductor, there are 14 other companies whose listing process has been affected due to the investigation of Tianyuan Law Firm's case.

BYD, which is listed in Shenzhen, had announced on May 11 that its board of directors had agreed to spin off BYD Semiconductor Co to ChiNext, a NASDAQ-style subsidiary of the Shenzhen Stock Exchange for listing. After the completion of the spin-off, BYD's shareholding structure will not change and control over BYD Semiconductor will be maintained.

BYD announced on June 30 that the application for the spin-off of its subsidiary BYD Semiconductor to ChiNext was accepted by the Shenzhen Stock Exchange.

BYD Semiconductor will focus on automotive-grade semiconductors in the future, and promote the development of semiconductor businesses in industrial, home appliance, new energy and consumer electronics fields, and is committed to becoming a new type of efficient, intelligent and integrated semiconductor supplier, the company said.

BYD Semiconductor was established in October 2004, and BYD directly holds 72.30 percent of the shares and is the controlling shareholder of the company. BYD founder Wang Chuanfu indirectly controls BYD Semiconductor through BYD.

From 2018-2020, BYD Semiconductor's net profit attributable to shareholders of the parent company will be RMB 33 million ($511), RMB 30 million and RMB 32 million, respectively.

BYD Semiconductor completed Series A and Series A + financing last year with total financing of RMB 2.7 billion. Its major shareholder is BYD, and the company's shareholders also include Sequoia Capital and Xiaomi Changjiang Fund.

BYD was down more than 3 percent at the beginning of Monday's trading session, but now turns up more than 1 percent. 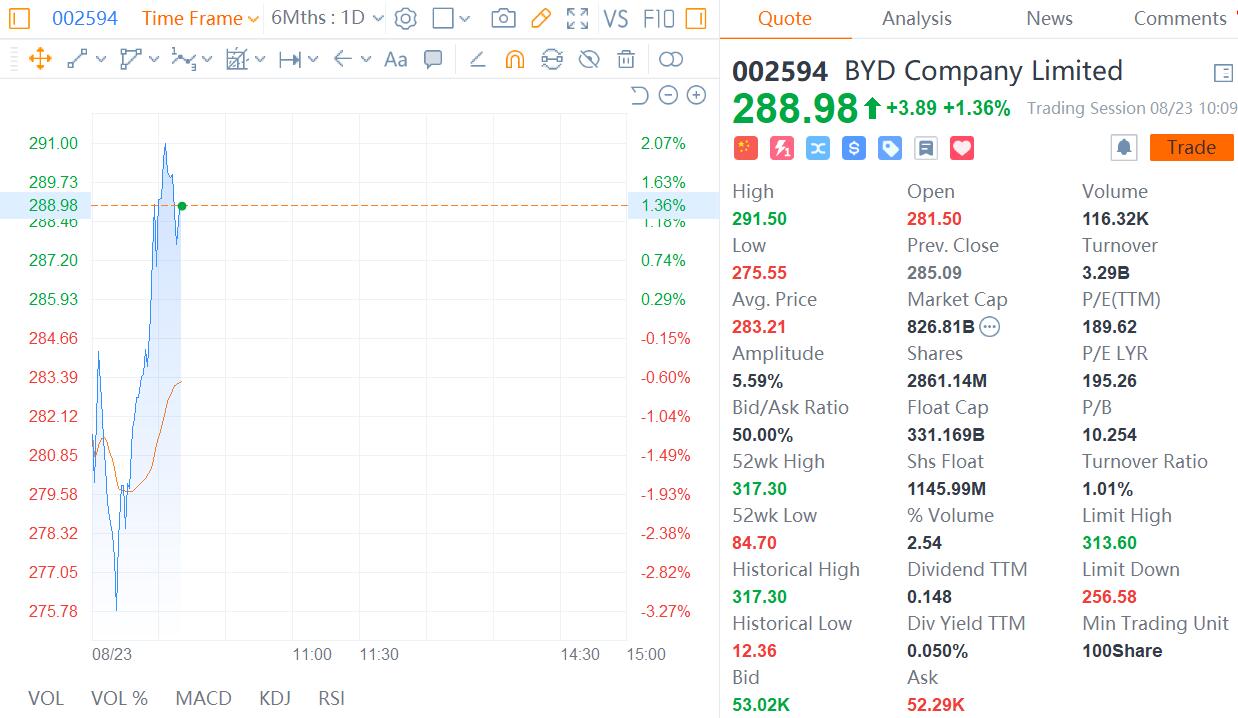 Join our Telegram group to be alerted the moment we publish an article: t.me/CnEVPost
#BYD#BYD Semiconductor#IPO#Stocks
1
Comments (0)