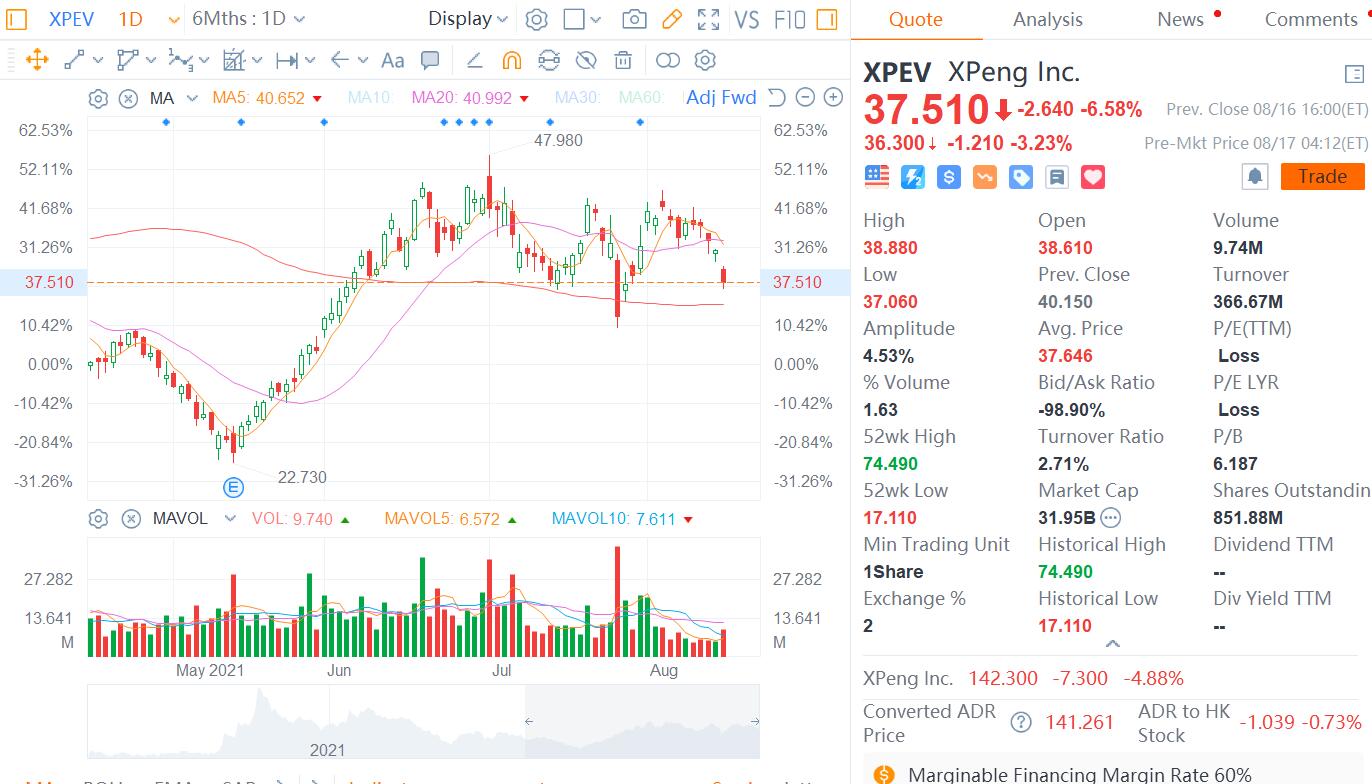 Tesla's annual sales five years ago were 70,000 to 100,000 units, with an average PS of 5x. Car companies, including XPeng, now face a more optimistic market environment with greater certainty than Tesla did five years ago, the analysts said.

The analysts say they are bullish on XPeng's continued self-driving technology leadership, with "a jump in demand due to a quality experience" as self-driving capabilities grow in garages, cities, and highways over 3-5 years and sales and replenishment networks are rolled out.

The P5, which will go on sale this October, will be priced more affordably than the P7, with a pre-sale price of RMB 160,000 to 230,000, but its self-driving capabilities will continue to improve.

The premium version of the P5 is equipped with 2 LiDARs and will enable urban NGP (Navigation Guided Pilot) via OTA in the first half of 2022, significantly enhancing the urban driving experience.

The report says the P5 is the only LiDAR-equipped smart car in the current RMB 200,000 market, and its price will help expand young users and accumulate training data for autonomous driving.

XPeng reported total operating revenue of RMB 2.95 billion in the first quarter of the year, up 3.5 percent from the previous quarter, with a net loss of RMB 790 million.

The ASP per vehicle for the first quarter was RMB 211,000, and the gross margin of the car-making business was 10.1 percent. The analysts expect XPeng's hardware gross margin to exceed 20 percent in 2025 as high ASP models are launched and scale effects are realized.

XPeng pioneered paid software on the P7, with software revenue of RMB 80 million in Q1 last year, accounting for 2.7 percent of Q1 revenue, making it the first EV company in China to have standalone software revenue.

The P7 has a cumulative software take rate of 20 percent since its launch in 2020, a figure that continues to improve with the NGP push, reaching 25 percent for new cars in March 2021.

The analysts believe the software payment rate will continue to increase as XPeng's autonomous driving capabilities gradually cover more scenarios, with subscription-based software revenue expected to become a significant source of profit for the company.

The biggest difference between XPeng and other new car companies is the firm commitment to autonomous driving, the report says. The company has always insisted on full-stack self-research, and its goal from its establishment has been autonomous driving, with the vision of using technology to change the way people travel.

As of June 30, XPeng had 2,442 R&D staff, accounting for 39.8 percent of total employees. The self-driving R&D staff of 398 and the smart operating system R&D staff of 525 are valuable assets for the company, the report said.