The final offer price for both the international offering and the Hong Kong public offering was set at HK$118 per share. Assuming the over-allotment option is not exercised, the company will receive net proceeds of about HK$11.55 billion from the global offering.

The shares will be traded on the Hong Kong Stock Exchange from August 12, and in line with the practice of listed companies in Hong Kong, investors can trade on the grey market from 16:15-18:30 Beijing Time the day before the official trading starts.

Li Auto began its public offering in Hong Kong on August 3 and closed for subscription and pricing on August 6.

The company offered a total of 100 million shares, of which 10 percent was for the Hong Kong public offering and 90 percent for the international placement.

Li Auto adopts the same dual-primary listing approach as XPeng Motors to list on the Main Board of the Hong Kong Stock Exchange under the ticker symbol "2015".

Li Auto delivered 8,589 Li ONE units in July, up 11.4 percent from June and up 251.3 percent year-over-year, with deliveries exceeding 8,000 units in a single month for the first time.

Li Auto's total deliveries from January to July reached 38,743 units, bringing the total number of Li ONE deliveries to 72,340 units to date. 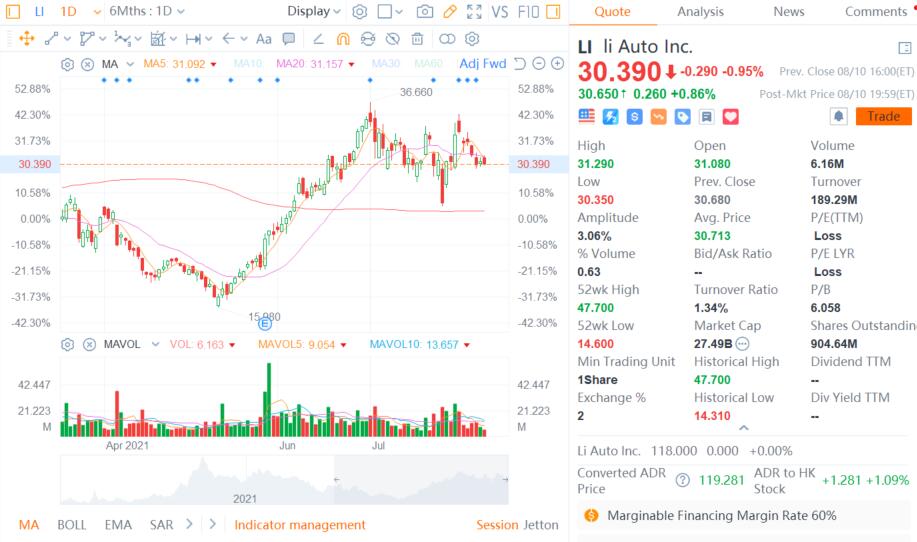