Evergrande Group, China's largest real estate company with a heavy debt load, has chosen to save itself with the sale of assets, and its car-making business is one of them.

Evergrande Auto said in an announcement Tuesday that its parent company and controlling shareholder Evergrande Group is approaching several potential independent third-party investors to explore selling some of its assets, including but not limited to part of its interest in Evergrande Auto and Evergrande Property Services.

Evergrande Auto has indicated that as of the date of the announcement, it has not finalized or entered into any specific plans or formal agreements.

This is not the first time Evergrande Group has sold its stake.

For Evergrande Group, the ability to successfully sell assets to return cash in the future is crucial to resolve its debt problems.

The state-owned company may take over some of Evergrande Group’s assets in the future through a portfolio acquisition, cls.cn quoted an industry source as saying on Tuesday. 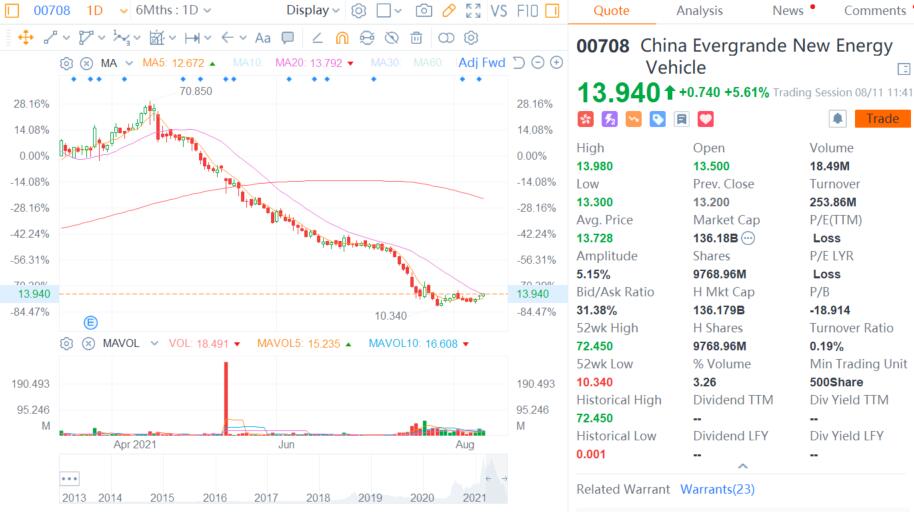 Join our Telegram group to be alerted the moment we publish an article: t.me/CnEVPost
#Evergrande#Evergrande Auto
1
Comments (0)