Evergrande Auto, the electric vehicle arm of Chinese real estate giant Evergrande Group, expects to post a net loss of RMB 4.8 billion ($740 million) in the first half of this year, almost double its net loss of RMB 2.45 billion in the same period last year, according to an announcement made by the company on Monday.

This is mainly due to the fact that its new energy vehicle business is still in the investment stage, with the purchase of fixed assets and equipment, R&D-related costs and interest expenses, according to the announcement.

Evergrande originally chose to partner with Faraday Future to build cars, but changed its plans due to the debt crisis of the latter's founder Jia Yueting.

Evergrande took a stake in Swedish electric car maker NEVS in January 2019 and acquired the latter in June last year, changing its name to Evergrande Auto.

Evergrande Auto's production site in Guangxi, southern China, has already started construction, according to a report in Guizhou Daily in early July.

The total investment in the first phase of the project is RMB 5 billion, with an annual investment of RMB 1.2 billion planned.

The overall project is expected to be completed in 2024 and will be used for the production of models between sedans and coupes.

Separately, jiemian.com reported on Monday that a number of powerful state-owned and private companies are currently in advanced talks with Evergrande Group about taking a stake in Evergrande Auto and Evergrande Property Services, and a partnership is expected to be reached soon.

As of press time, Evergrande Auto's shares traded in Hong Kong rose 4 percent to HK$12.72. The company's share price has fallen more than 80 percent since the Shanghai auto show on April 19. 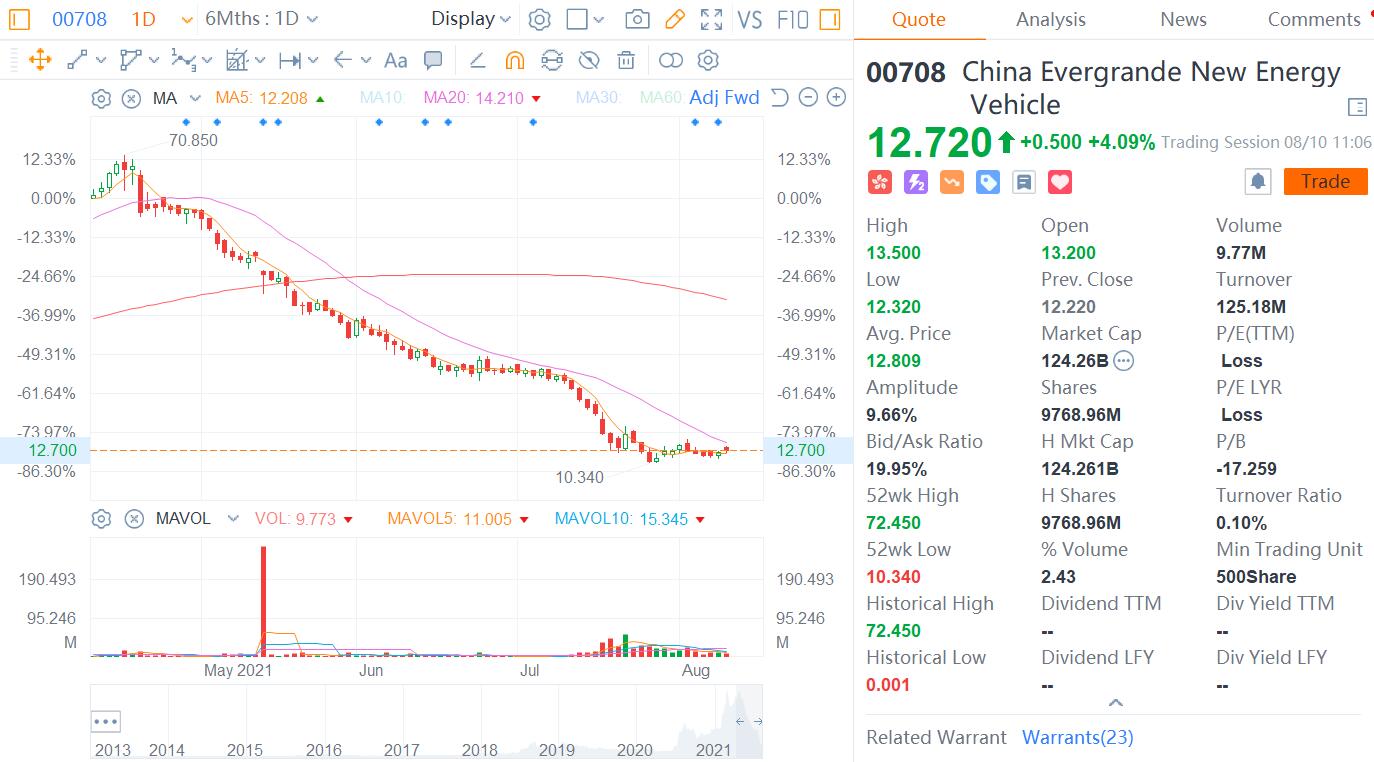