The two sides will jointly promote the deployment of in-vehicle user interaction applications in vehicles, conduct joint research and development in areas related to intelligent cockpits, and jointly explore cooperation models and business models to enhance user experience, according to an announcement.

SOA stands for Service-Oriented Architecture and was released by SAIC on April 9 this year.

It is an operation platform built for developers with the logic of "service for users", which can be simply understood as an APP Store for cars.

Starting from the end of this year, the relevant results will appear one after another in SAIC's own brand as well as joint venture brand products, SAIC said.

Notably, media reports in late April said OPPO has been preparing for car-making matters, and like Xiaomi, OPPO's promoter of the plan is founder Chen Mingyong. 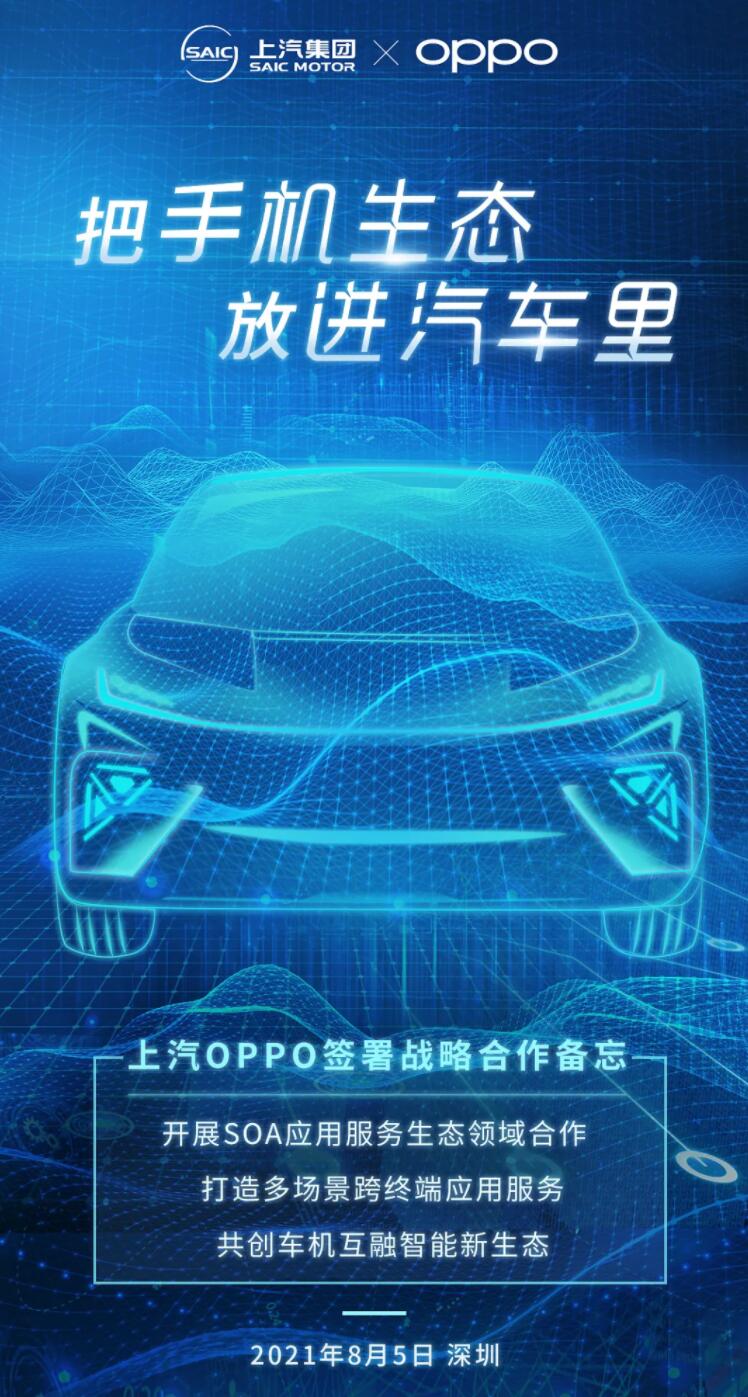