Geely's new energy vehicle sales in July were 7,794 units, up 22 percent year-over-year, according to figures released by the Chinese auto giant on Aug. 6. 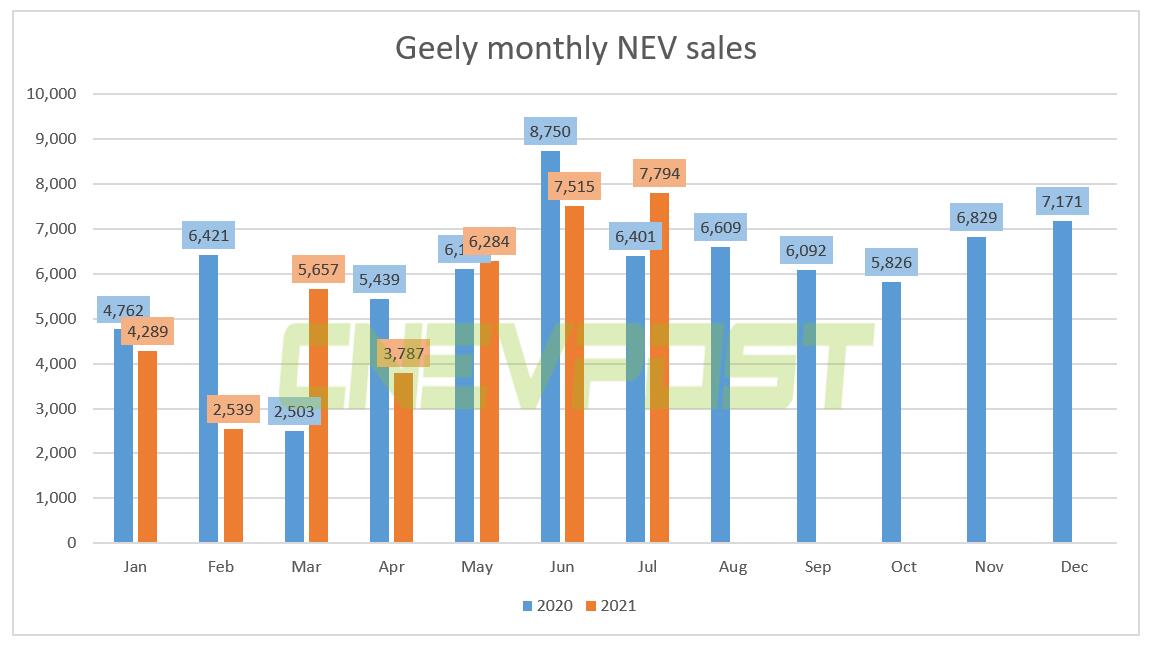 Geely's total sales of all vehicles in July were 99,275 units, down about 6 percent from a year ago and about 1 percent from June.

Its total January-July vehicle sales of 729,512 units were up approximately 15 percent from a year ago and reached 48 percent of Geely's full-year 2021 sales target of 1.53 million units.

Total sales of sedans, sport utility vehicles and multipurpose vehicles in July were 37,829, 60,738 and 708 units respectively.

Geely's export volume increased by about 56 percent year-over-year to 7,054 units in July, and total sales in China were 92,221 units, down about 8 percent from the same month last year.

Total sales for the company's LYNK&CO unit were up about 19 percent year-over-year to 18,225 units.

Geely launched its electric vehicle brand Zeekr earlier this year, and its first model, the Zeekr 001, is a rebranding of the model previously known as the Lynk ZERO. It was launched on April 15, 2021, and deliveries will begin in October of this year.