The team says BYD's total sales are expected to reach 60,000 units in July, including 20,000 pure electric vehicles and 30,000 hybrids. In the second half of the year, its Dolphin model will bring a new contribution to sales, and its premium products will further contribute to sales growth in 2022-2023.

They also expect BYD to reserve about 100-115Gwh of LiFePO4 material supply capacity from the second half of this year to next year, and expect its higher power battery demand and external supply in 2022-2023 to exceed expectations.

The team expects the combined revenue of BYD's businesses including BYD Electronic, semiconductor, and solar power to exceed RMB120 billion, valuing the business at about RMB150 billion.

The team raised its target price for BYD in China A-share to RMB360.7, corresponding to a valuation of about RMB1,032 billion and PS 3.8x. Considering the A/H premium of 1.10, they raised their H-share target price to HKD327.9.

BYD closed up 0.31 percent to HK$259 in Hong Kong on Tuesday, and the target price implies about 27 percent more upside. 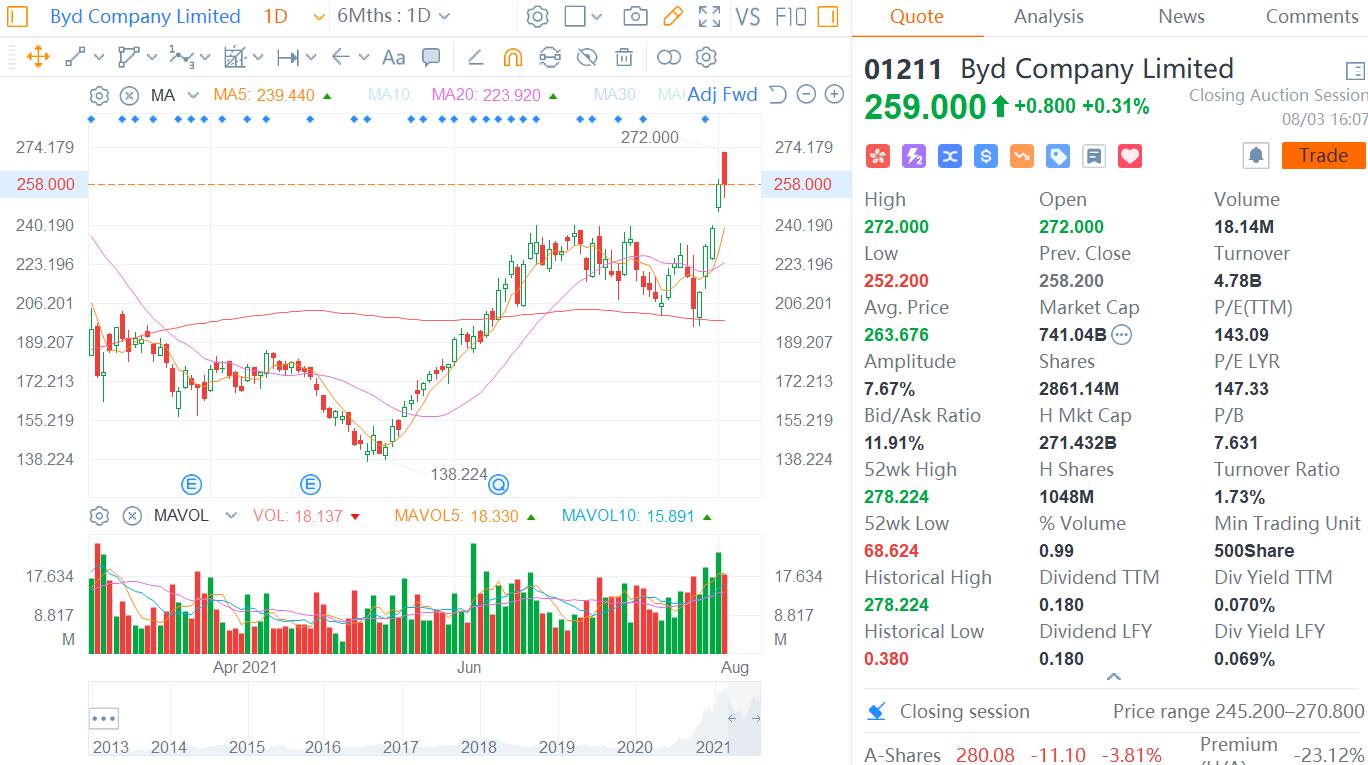 According to the report, the new energy vehicle segment has high growth, fast-growing capabilities of vehicle companies, and variable demand from end-users, and BYD is well-positioned to meet these conditions.

Goldman Sachs also maintained BYD on its "Conviction Buy" list, raised its 2022-23 net income forecast by 1-2%, and increased its target price from HK$313 to HK$321 in its latest research report.

BYD secures the supply of 24,000 tons of LiPF6 from the second half of this year to 2023, which could support the production of 2.6 million batteries over the next 2.5 years based on the need for 60kWh per vehicle, equivalent to 13 times BYD's vehicle production guidance for this year, the report said, adding that this means the company can supply batteries to external parties.