Chinese tech giant Huawei is partnering with car companies to help them build better cars, and GAC's new energy vehicle brand GAC Aion is one of them.

Gu Huinan, the brand's general manager, announced on July 27 that GAC Aion and Huawei are partnering to create a luxury premium brand that will launch three series of products, 21jingji.com reported on Tuesday.

The first model built by the two in partnership, the AH8, will be launched in 2023 and it will be an SUV, Gu said.

The brand has two other models based on the same platform as the AH8, including an MPV and a high-end coupe, he said. 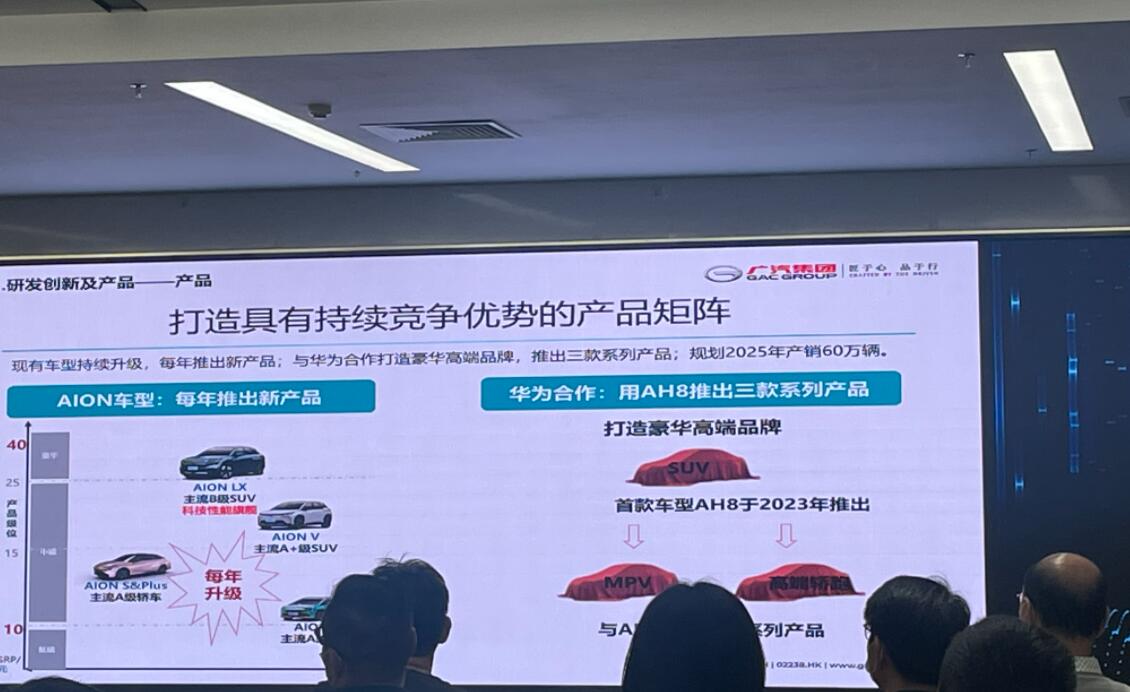 GAC Group announced on July 9 that it had agreed to a project between GAC Aion and Huawei to collaborate on the AH8 model.

According to the agreement, the two companies will build a next-generation smart car digital platform based on the GAC GEP 3.0 chassis platform and Huawei CCA.

The project is the first mid-size intelligent pure electric SUV jointly developed by the two companies, with a total investment of RMB 788 million ($121 million), and is scheduled for mass production by the end of 2023.

GAC Aion expects to invest approximately RMB 500 million in this operation and plans to double its capacity by early 2022.