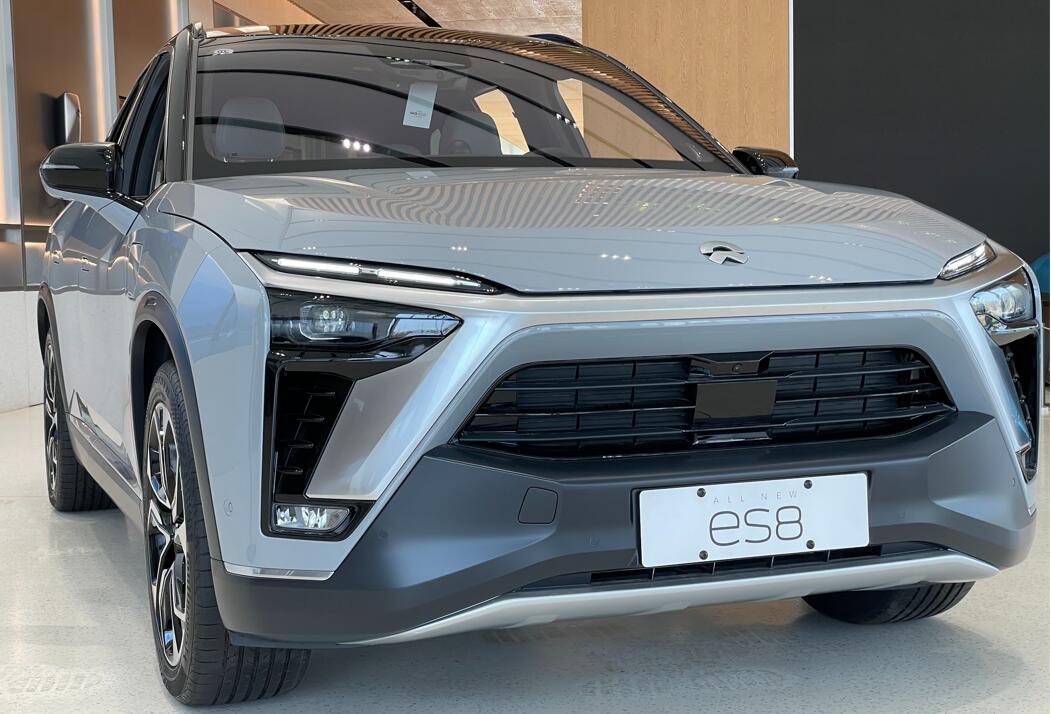 NIO appears to be setting out to accelerate its expansion in Europe, as the company has begun hiring for its positions in the Netherlands, following those in Germany.

The company posted several job openings in Amsterdam on LinkedIn earlier this week, bringing its offer there to 10 positions.

Notably, NIO's job descriptions for Real Estate Manager and HRBP Director reveal that its European headquarters is located in Amsterdam.

"Our EU Headquarter is in Amsterdam, but based on candidate's qualifications, we are open and flexible in regards of the working location," the Real Estate Manager's job ad reads. 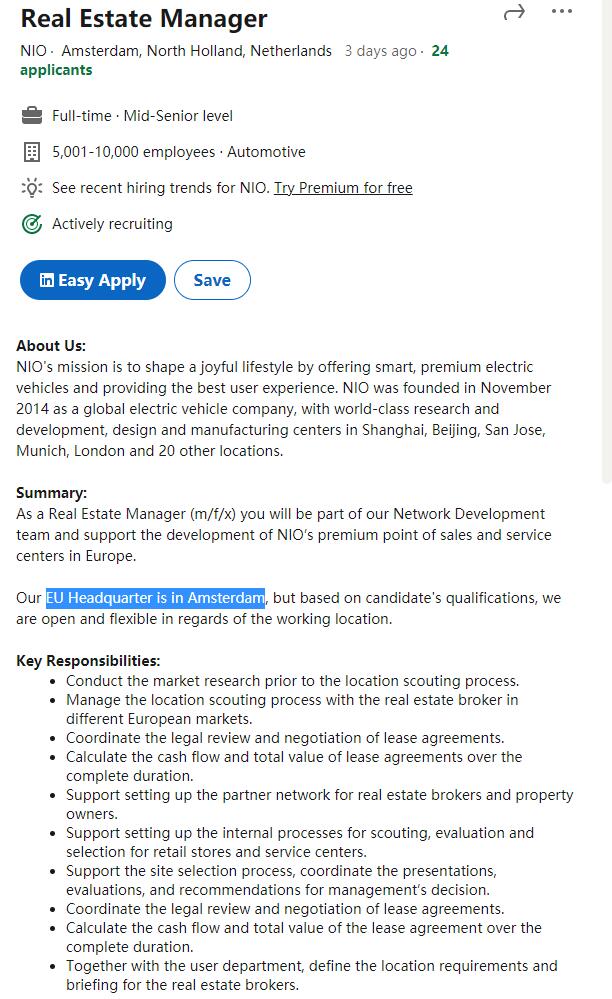 "You will work directly with our CEO and Senior Team," reads the job ad.

Twitter user @NIONenad first spotted the ad, writing, "Looks like things are about to start heating up in the EU for @NIOGlobal."

Looks like things are about to start heating up in the EU for @NIOGlobal . Hiring a Real Estate Manager to scout and develop sales and service locations and William Li needs an assistant. Also, the Real Estate Manager listing confirms Amsterdam as EU headquarters. $NIO pic.twitter.com/zy0sQWd5OF

Earlier this month, NIO began hiring a managing director for its German operations to lead the growth of its business there.

NIO has been preparing for overseas expansion for quite some time, and making Norway its first stop allowed it to complete the necessary procedures to enter the European market with a clear goal in mind.

On July 20, the first batch of NIO ES8 has left Shanghai port for Norway. The ES8 order placement and delivery is expected to start in September.