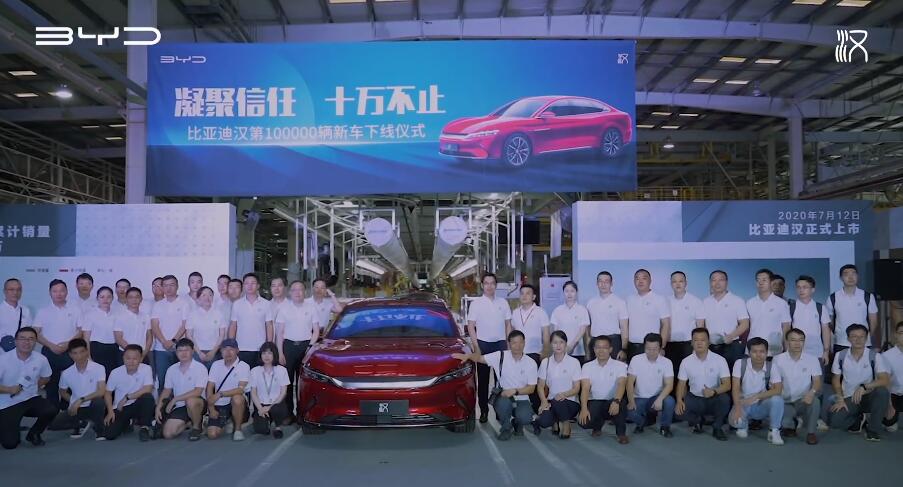 BYD launched the Han model on July 12, 2020, which includes the Han EV, an all-electric version with an NEDC range of 605 kilometers, and the Han DM, a hybrid model with a range of only 81 kilometers on pure electric power.

Earlier this month, yiche.com reported that BYD expects to see the 100,000th Han model roll off the production line on July 15. It's not clear why this is happening slightly later.

The Han is BYD's first model with a blade battery, and its lithium iron phosphate battery offers a major improvement in safety over ternary lithium batteries.

Since its launch, the Han has had four months of sales of more than 10,000 units in a single month.

In addition, another version of BYD Han DM, DM-i, is expected to debut within the year, after it has appeared in the declaration list of the Chinese Ministry of Industry and Information Technology.

Han DM-i will be equipped with a new 1.5T engine + EHS145 hybrid system, and the new car's declared fuel consumption values are 0.8L/100km and 1.4L/100km, according to its declaration documents. 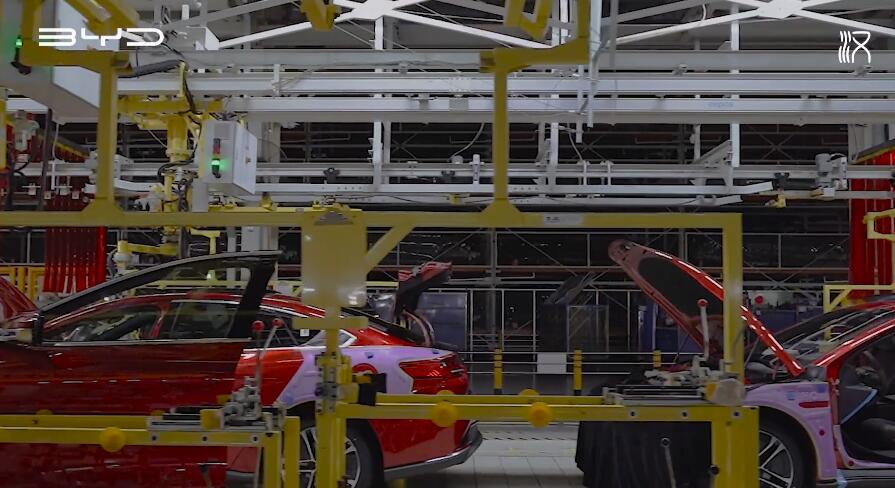