Deutsche Bank is raising its price target on XPeng Motors as it sees potential for a re-rate in the Chinese electric vehicle sector.

In a research note sent to investors on Monday, Deutsche Bank's Edison Yu's team raised its price target on XPeng by $7 to $50, saying it is based on 7.5x 2022E sales, after previously valuing XPeng at 7.0x 2022E sales. The team maintains a "Buy" rating on the stock. 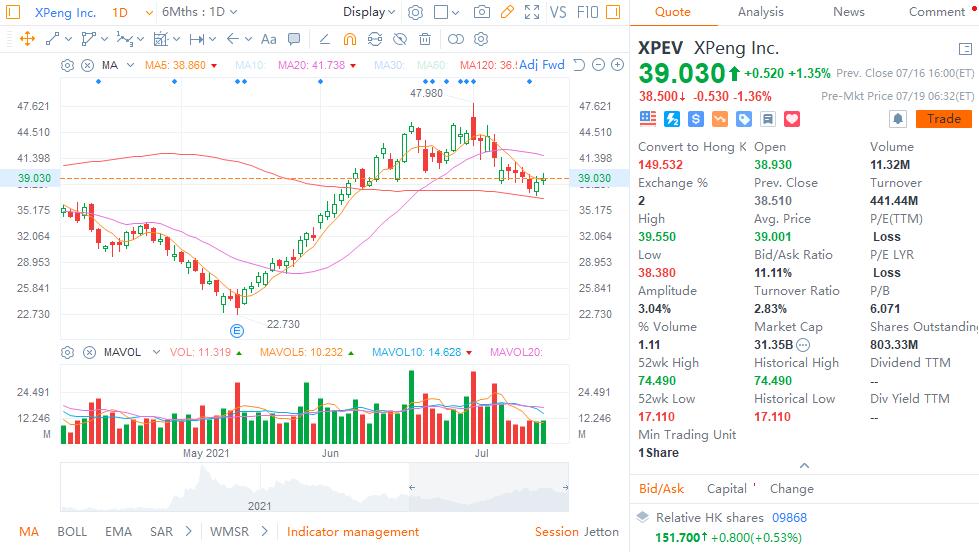 The adjustment reflects "our higher forecasts and the impact from the latest capital raise," Yu's team said.

The team raised its full-year sales estimate for XPeng by 5,000 units to 75,000 units, assuming higher deliveries of the P7 and P5. They also expect XPeng's management team to likely guide sales of at least 18,000 units for the third quarter.

XPeng recently began pre-sales of the P5 and its deliveries are expected to begin in October. Yu's team believes that P5 sales could be around 3,000 units in the fourth quarter.

In addition, XPeng also launched a facelift of its G3 SUV, the G3i, this month and will produce it in its own factory instead of continuing to rely on OEMs from Haima Motor, which Yu's team believes is expected to save RMB 6,000-7,000 per vehicle in OEM costs.

The team cites their report from last week that China EV stocks are surfacing as one of the most reliable and secure secular growth sectors in the midst of China's crackdown on Didi and the broader Internet platform.

What is unique to the EV sector, according to the team, is that governments at both the central and local levels are providing strong support for the EV industry because of their ability to create manufacturing jobs, the benefits of environmental cleanup and the desire to export to foreign markets.

The team noted that unlike technology platforms that dominate a market, including Didi, there is a low concentration of market power within the automotive industry, with the largest OEMs having less than 15 percent share.

For NIO, XPeng and Li Auto, their combined share of the EV market may be just under 10 percent even by the end of the year, the team said.

Yu's team believes that as investors better understand this dynamic, more interest and money will flow into Chinese EV stocks.