Intelligent is the label XPeng Motors wants to put on itself, and a new rating is expected to further reinforce that impression with consumers.

The XPeng P7 has become the first vehicle to receive a five-star rating in i-VISTA's Smart Car Index assessment system, one of China's most authoritative automotive reviewers, according to a smart car index released Thursday.

This is the first review conducted by the agency under its latest version of the rating system, involving only the XPeng P7 and Geely's Preface.

The latest system, officially implemented on April 1, 2021, is based on the 2018 version and adjusts the framework of the measurement system according to the characteristics of smart cars, consisting of five sub-indices: smart driving, smart parking, smart safety, smart interaction, and smart energy efficiency.

The 2020 rear-wheel drive long-range version of XPeng P7 achieved the highest score of G in smart driving, smart safety, smart interaction, and smart energy efficiency, and the second-highest score of A in smart parking. 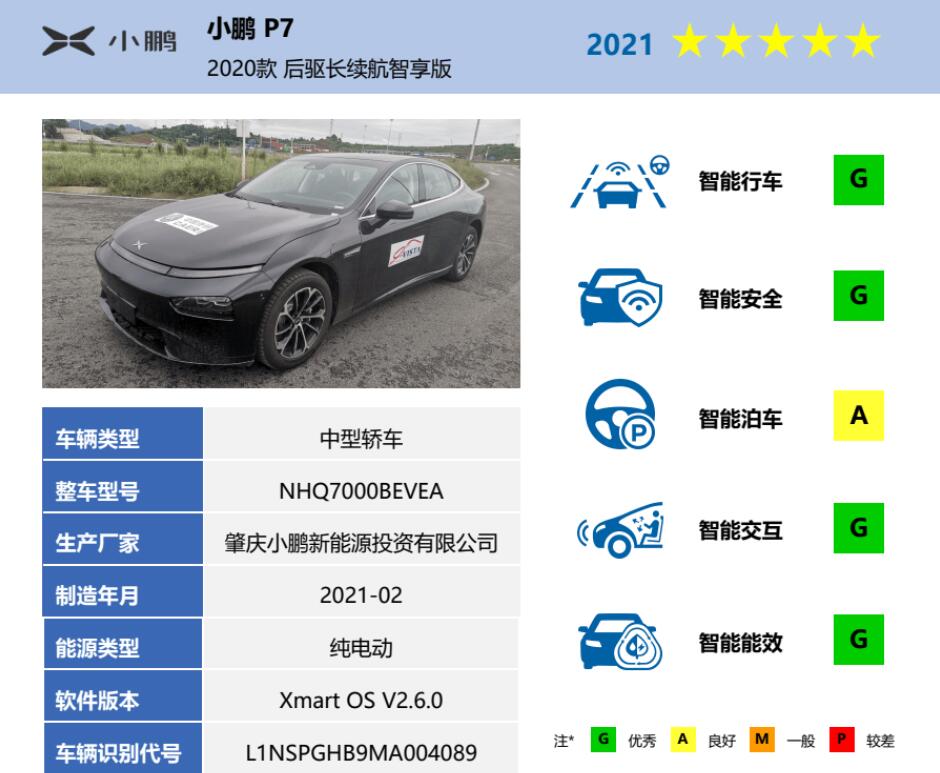 Geely Preface achieved the highest score of G in smart driving, smart parking, and smart interaction, and A in smart safety. Because it is a fuel car, it was not tested for smart energy efficiency. 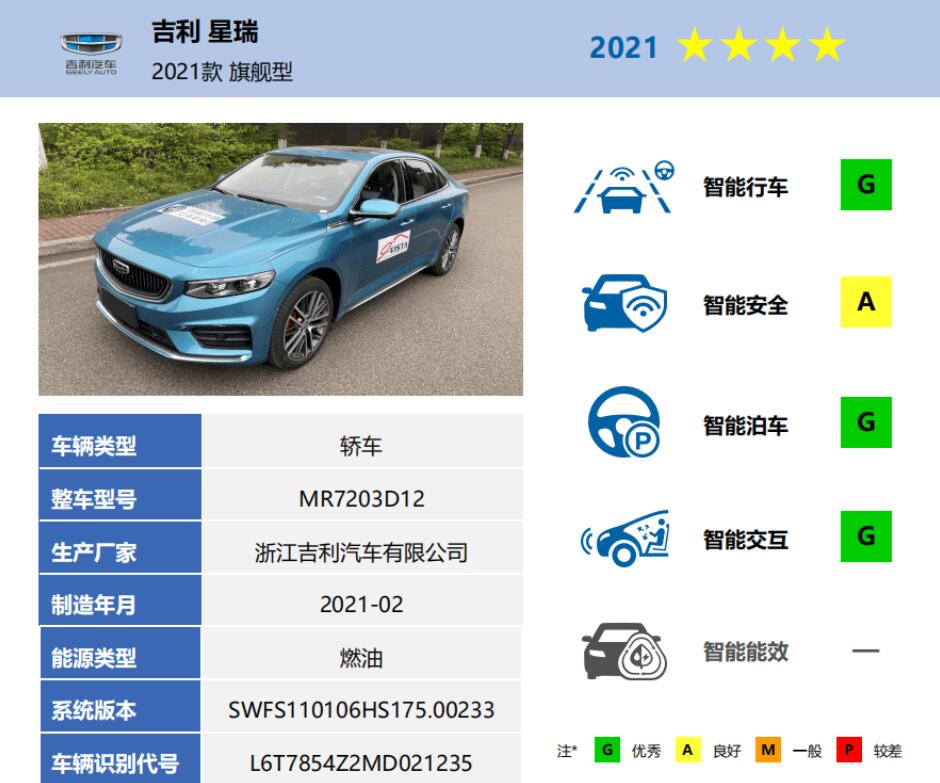 XPeng P7 is equipped with 31 self-driving sensors and 12 ultrasonic sensors throughout the vehicle.

Join our Telegram group to be alerted the moment we publish an article: t.me/CnEVPost
#XPeng#XPeng Motors#XPeng P7
1
Comments (0)