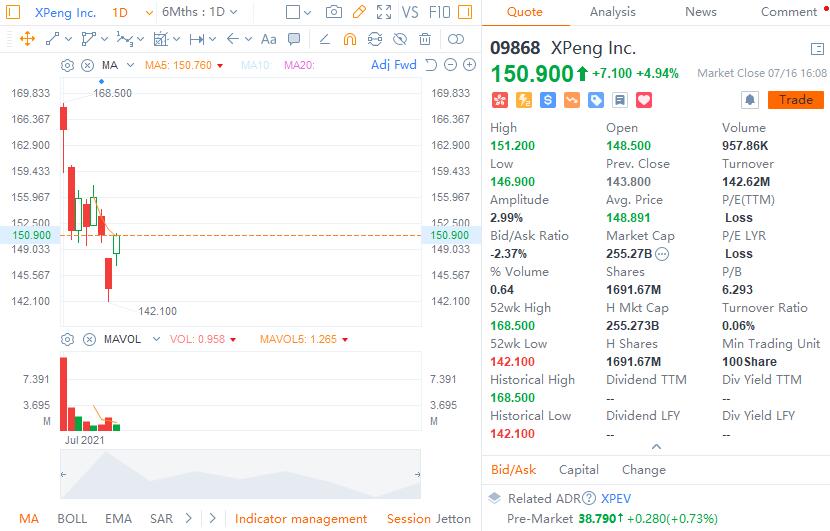 XPeng raised HK$14.025 billion in capital through a Hong Kong listing, which helped boost its capital ammunition, the team said.

In the early stages of new energy vehicle development and at a time when autonomous driving is far from mature, more capital ammunition will ensure that the company can better invest in research and development to ensure a competitive advantage in the future, according to the report.

SPDB International said XPeng Motors' R&D staff accounts for about 40 percent of its total employees, with about 38 percent dedicated to autonomous driving and intelligent operating systems, and that it expects to spend more than RMB 3 billion on R&D in both this year and next.

According to IHS Market data, XPeng ranks 4th in China with a 6.6 percent market share of mid-to-high-end electric vehicles in 2020, the report noted.

XPeng delivered 17,398 vehicles in the second quarter of this year, exceeding SPDB International's previous forecast, and the team raised its 2021 vehicle sales forecast.

After the adjustment, XPeng's vehicle sales are expected to grow 156 percent and 80 percent year-over-year this year and next, significantly faster than China's new energy vehicle sales growth.