The project, which covers a total area of 25,000 square meters, is designed with the latest generation of outdoor prefabricated pods and is expected to be operational by the end of December this year. 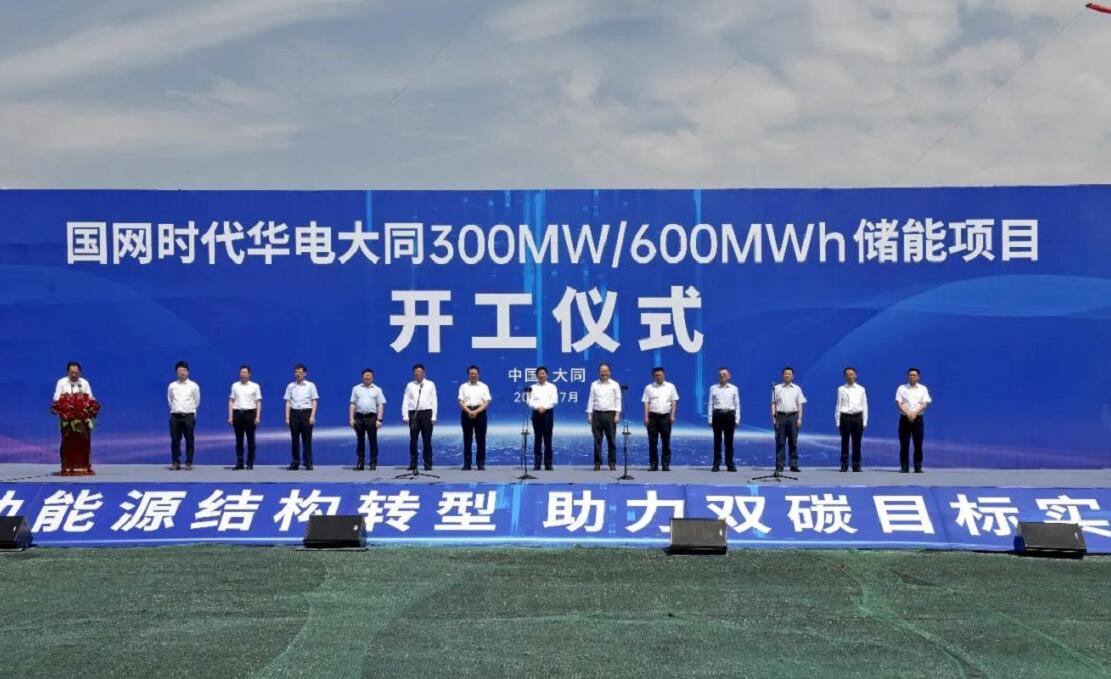 The CATL project is being built by Guowang Shidai - a joint venture between CATL and State Grid Integrated Emerge Service - and China Huadian Co.

After the commissioning, the energy storage plant will participate in auxiliary services such as peak and frequency regulation of the power grid and provide services related to the field of consumption for the growing number of new energy plants.

CATL will use advanced electrochemical energy storage technology to make it possible for renewable energy to replace fossil energy, said Robin Zeng, Chairman of the company, at the groundbreaking ceremony.

Reng Weili, CEO of State Grid Integrated Energy Service, said the project is significant and will set a precedent in China and the world in this field.

Prior to this, Lin Wu, Secretary of Shanxi Provincial Party Committee, met with Zeng in Taiyuan, Shanxi on July 9 to exchange views on promoting in-depth cooperation in the new energy industry.

CATL is a leading global power battery and energy storage battery company, which is highly compatible with Shanxi's direction of promoting energy structure adjustment, he said.