As its stock price continues to rise, so does the net worth of Robin Zeng, the founder and chairman of NIO and Tesla's battery supplier CATL. 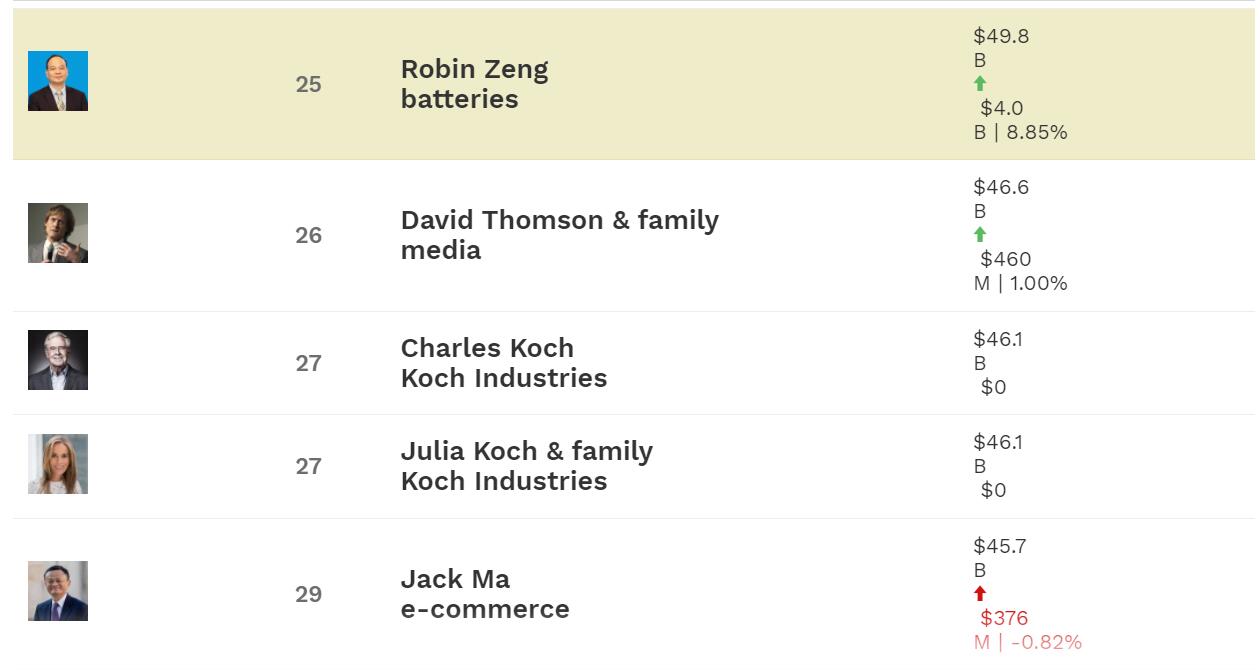 Zeng trails Nongfu Spring founder Zhong Shanshan and Tencent founder Pony Ma, who are No. 15 and No. 23 on the list.

After rising more than 5 percent on Wednesday, CATL gained about 5 percent more early in the session Thursday, bringing its total market capitalization to RMB 1.3 trillion, second only to Kweichow Moutai and the Industrial and Commercial Bank of China in the A-share market.

In the past three months, CATL has gained about 80 percent, while Alibaba has fallen about 10 percent. In the last 2 years, CATL's share price has risen by more than 660 percent. 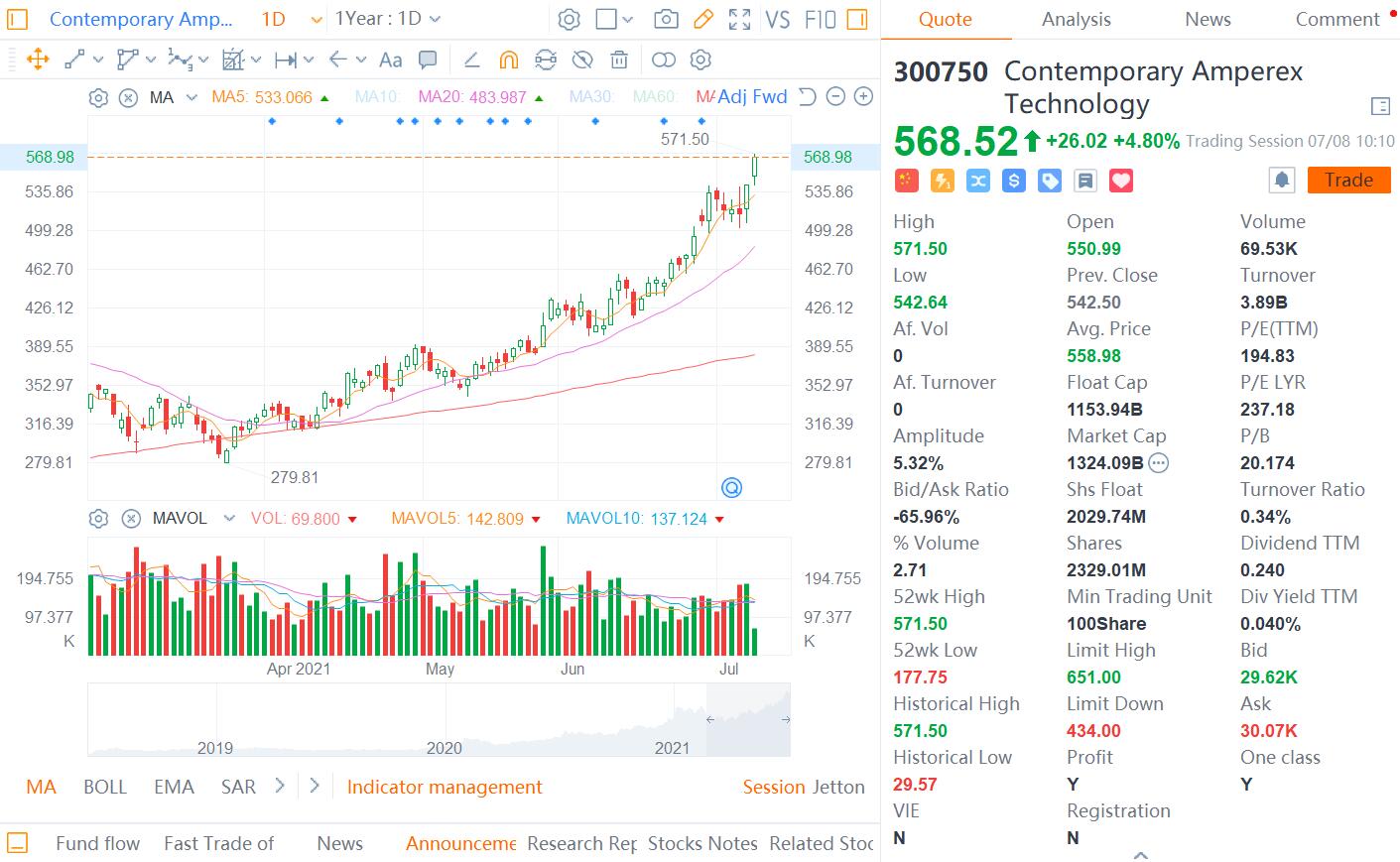 Behind CATL's stock price surge is China's fast-growing electric vehicle market. The company benefits greatly from its position as the world's largest supplier of power batteries.

From January to May of this year, CATL battery adoption increased 272.1 percent compared to the same period in 2020, according to data released by market research firm SNE Research.

CATL's installed battery volume from January to May reached 27.6 GWh, with a global market share of 31.2 percent, 9.8 percentage points higher than the 22 percent in the same period last year, the data showed.

LG Energy Solution was in second place, with 20.5 GWh of batteries installed in the first five months, up 166.7 percent year-on-year. The company's global market share was 23.1 percent, slightly up from 22.8 percent a year earlier.

Data released last month by the China Automotive Battery Innovation Alliance showed that CATL installed 4.28 GWh of power batteries in China in May, with a 43.9 percent market share.

From January to May, CATL installed 20.32 GWh of power batteries in China, with a 49.1 percent market share.