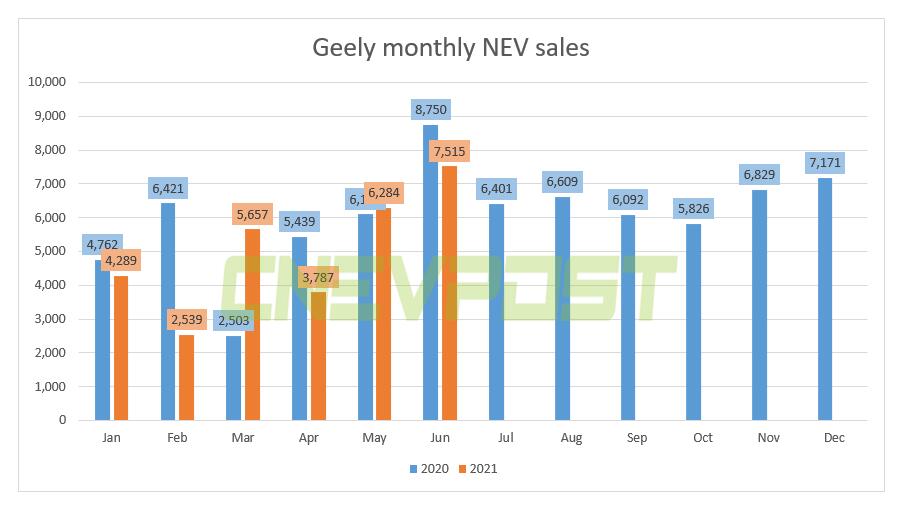 Geely's new energy vehicle sales totaled 7,515 units in June, down 14 percent year-on-year but up about 20 percent from May, according to figures released by the Chinese auto giant on July 6.

Geely's all vehicle sales totaled 100,163 units in June, down about 9 percent from a year ago and up about 4 percent from May.

Its total January-June vehicle sales of 630,237 were up about 19 percent year-on-year and reached 41 percent of its full-year sales target of 1.53 million units.

Geely unveiled its electric car brand Zeekr earlier this year, and its first model, the Zeekr 001, is a rebranding of the model previously known as the Lynk ZERO. It was launched on April 15, 2021, and deliveries will begin in October of this year.

Last month, the company said it had sold out of its Zeekr 001's deliverable production this year, so it stopped taking further deposits.

In a rare move for the Chinese auto industry, the company said the Zeekr has performed well beyond expectations during the pre-sale phase and has been highly recognized by the market and users.