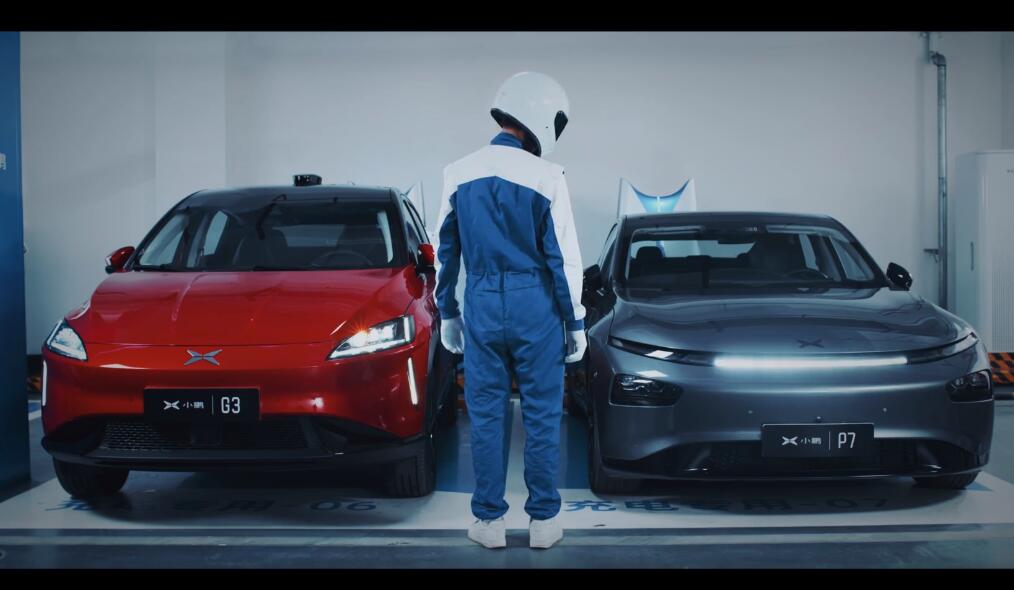 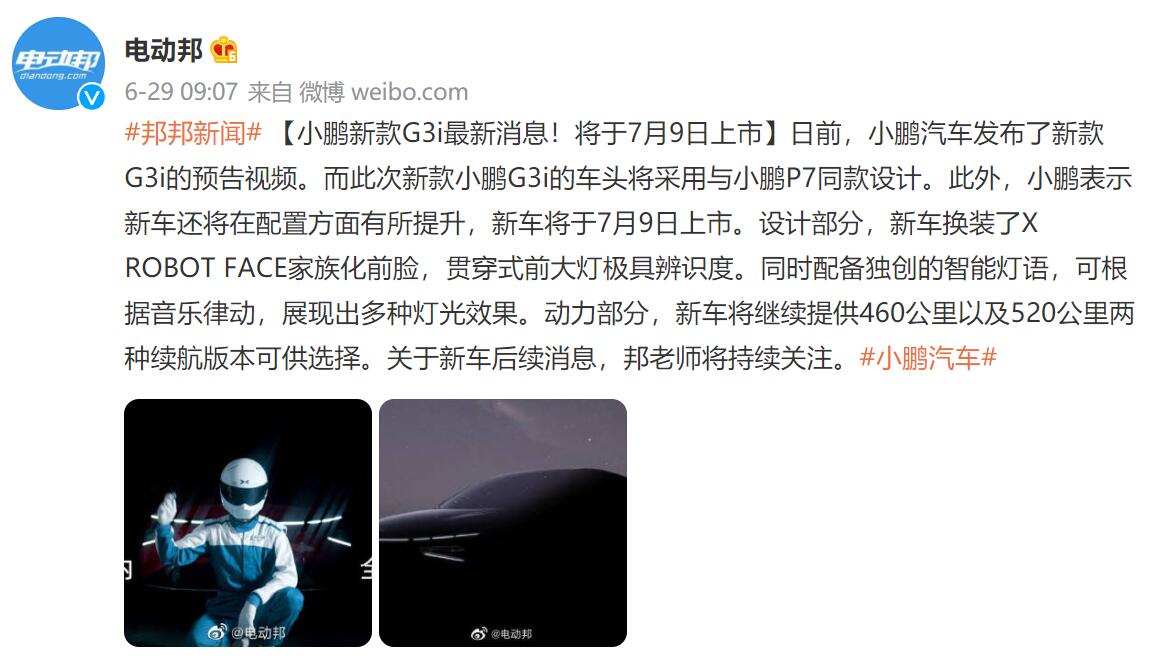 The new car will continue to be available in 460-kilometer as well as 520-kilometer range versions, the same as the current G3, according to the Weibo post.

On Monday XPeng posted a teaser video on its official WeChat account showing that the G3i will feature a similar front design style as the XPeng P7. 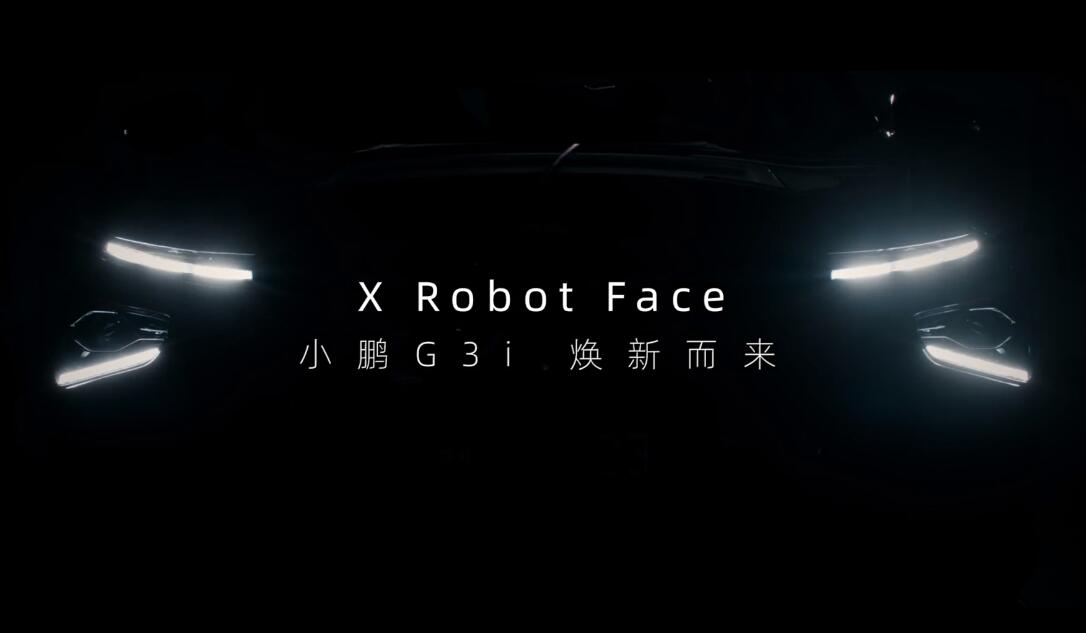 The style, also known as the X Robot Face, features a split headlight design and offers a running LED strip in the center of the front, the most recognizable feature of the XPeng P7.

Earlier this month, XPeng released a poster image showing that the "i" in G3i stands for "intelligence," implying that the model may be significantly optimized for an intelligent experience.

The XPeng G3, the company's first model, has won a large number of customers since its launch in 2018 thanks to its lower price and intelligent features.

While the current G3 is produced on behalf of Haima Motor at its plant in Zhengzhou, central China, the G3i will be produced by XPeng's own plant in Zhaoqing, Guangdong.

XPeng to release G3i, a facelift of G3 SUV, in July

Join our Telegram group to be alerted the moment we publish an article: t.me/CnEVPost
#XPeng#XPeng G3i#XPeng Motors
0
Comments (0)