Chinese electric vehicle company XPeng Motors is expected to begin formal trading in Hong Kong under the ticker symbol "9868" on July 7, just two weeks after rumors of a Hong Kong listing were confirmed.

XPeng's Hong Kong public offering begins at 9 am local time Friday with a maximum offering price of HK$180 per share, according to the company's prospectus released today.

The company's preliminary prospectus filed with the US Securities and Exchange Commission on Thursday mentioned that price, saying it equates to $23.19, which is equal to $46.39 per ADS.

The company will determine the offer price for both the international offering and the Hong Kong public offering by reference to the closing price of its ADSs on the last trading day before the pricing of the global offering, which is expected to be on or about June 30, 2021, XPeng said on Thursday.

XPeng's prospectus, released in Hong Kong on Friday, showed that its shares are expected to start trading in Hong Kong at 9 am on July 7.

For investors subscribing to XPeng shares in Hong Kong, they will have to pay a brokerage commission of 1 percent, a 0.0027 percent Hong Kong Securities and Futures Commission trading fee and a 0.005 percent Stock Exchange trading fee.

This means that the initial cost for an investor to buy XPeng in Hong Kong is at least HK$18,181.386.

As is customary for companies listed in Hong Kong, XPeng is expected to announce on July 6 the number of placements received by investors who can trade on the grey market from 16:15-18:30 Beijing Time on the same day.

XPeng shares traded in the US closed down 1.59 percent to $40.95 on Thursday. The company's stock has risen about 40 percent in the past month. 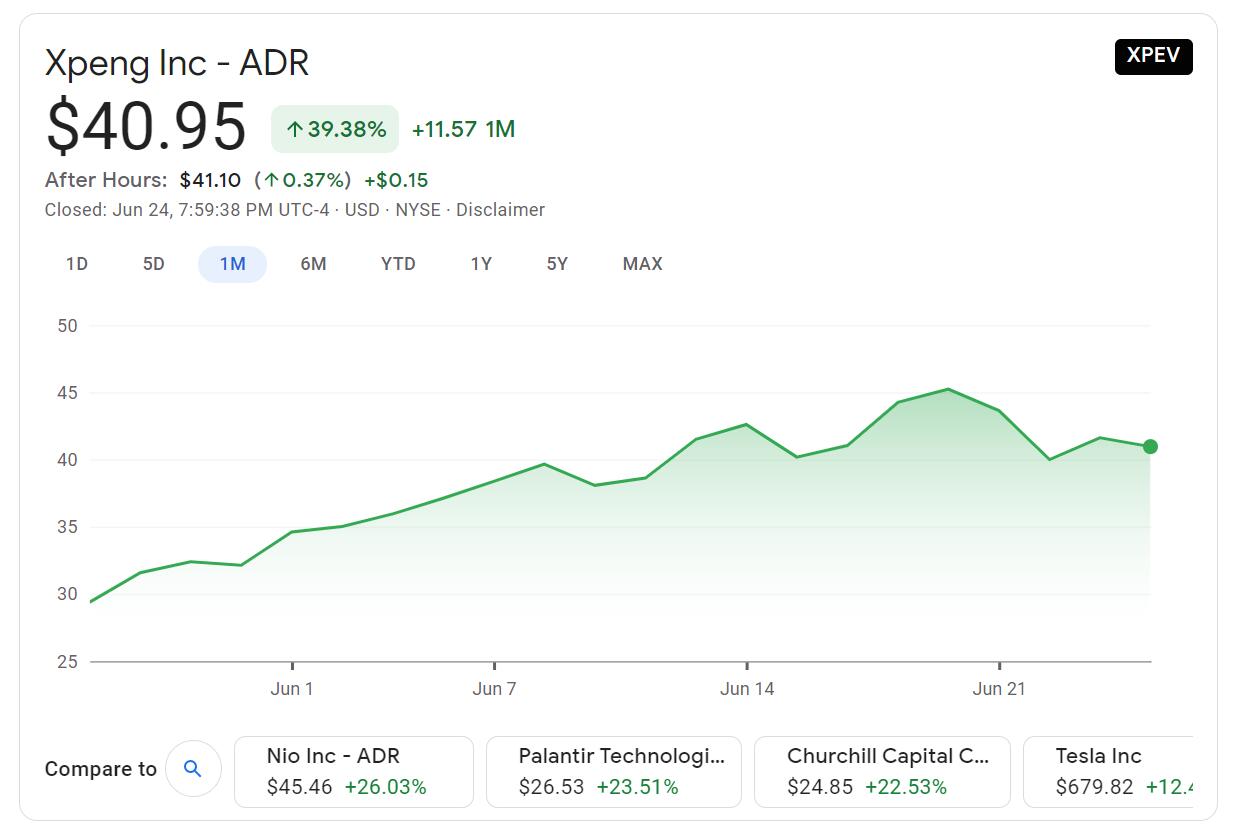